“Never in our wildest dreams would we have had this kind of footage captured,” said Neal Sharma. 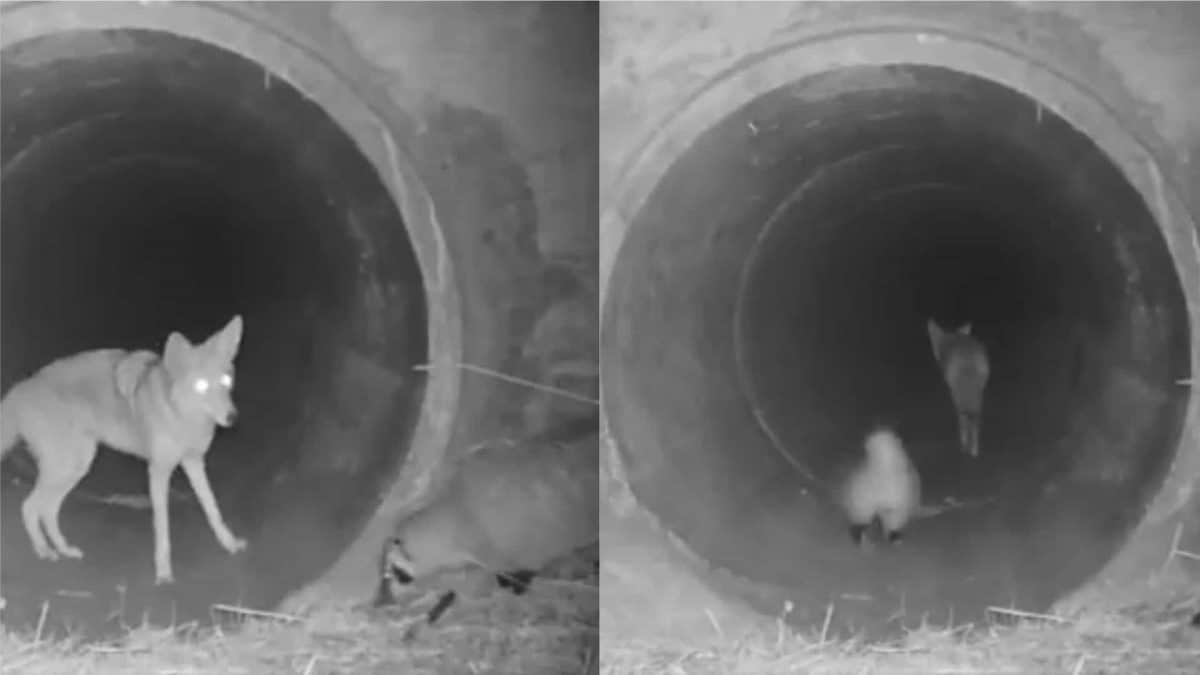 Researchers in California have recorded footage showing a coyote and a badger together that they believe could be “the first of its kind”.

The clip, which shows a coyote appearing to wait for a badger before the pair cross under a highway together, was recorded in November 2019 before being widely shared on social media on Tuesday.

“For folks like us who study these things on the ground, it’s about the best kind of footage we could ever dream of,” Neal Sharma, wildlife linkages programme manager at the Peninsula Open Space Trust told the PA news agency.

“It absolutely blew us away.”

The footage was recorded at the Santa Cruz Mountains in California, as part of a study examining areas of safe passage for wildlife.

The clip received millions of views on social media, with some suggesting it had the hallmarks of a Disney film.

Mr Sharma said that he had heard of other accounts of coyotes and badgers hunting together, saying that while they hunt differently, it is often in pursuit of the same prey.

“Actually seeing these two species use a human made crossing structure for safe passage under a busy highway is the first (footage) of its kind that we are aware of,” Mr Sharma continued.

“What we don’t see in the clip is that just before that, these two actually came through the culvert together, spent some time on the side, and actually went back together.”

“Seeing the attention too is really exciting. People connect with these wild animals and that means that there’s a lot of interest out there.

“I think that is really at the heart of what we’re trying to do. It’s a better way of coexisting, especially in our area that’s very biodiverse.”

For more information on the study, visit openspacetrust.org or head to www.facebook.com/pathwaysforwildlife to find out more from POST’s partner, Pathways for Wildlife.