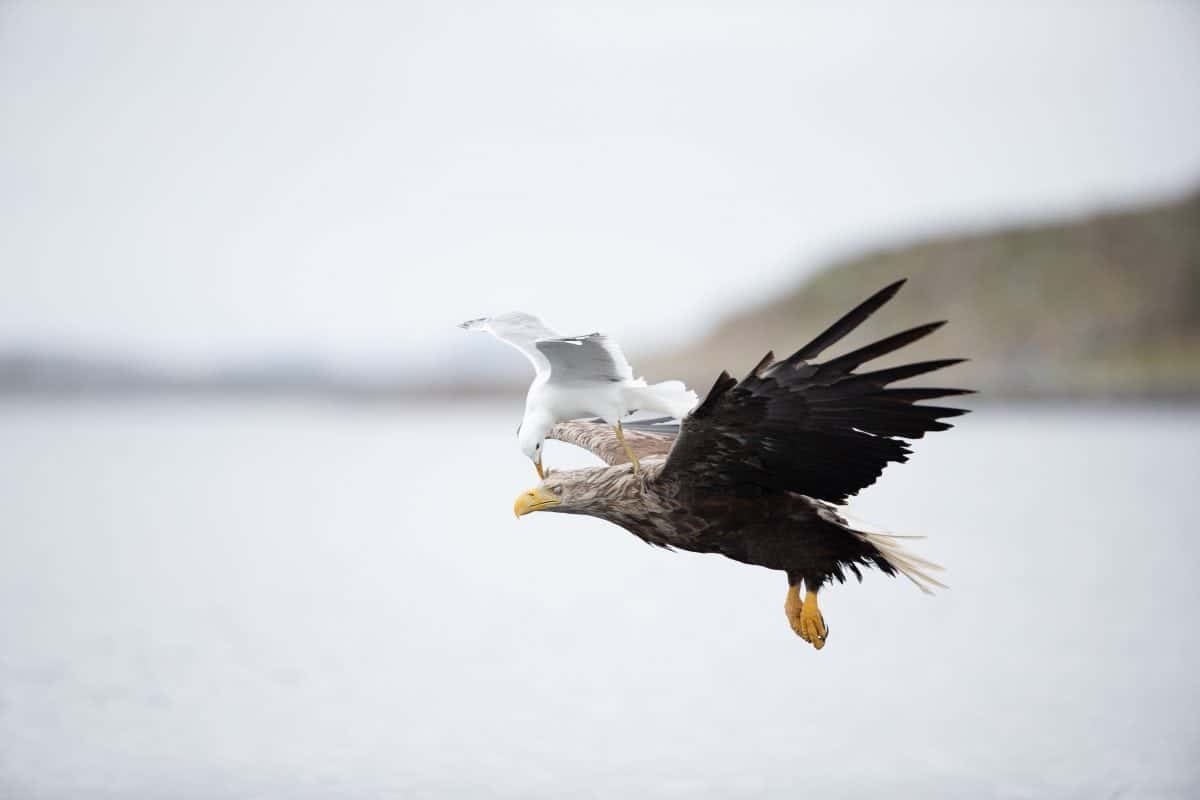 These incredible pictures capture the moment a plucky seagull swoops down on a white-tailed eagle and pecks it on the head in a brave attempt to scare it away from a fish. 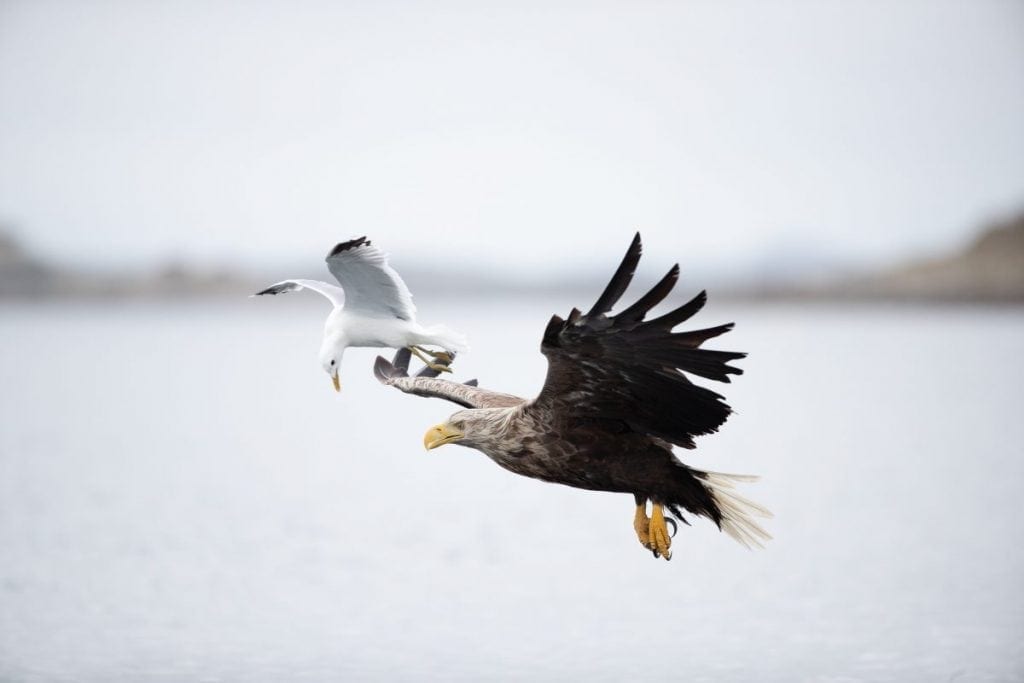 The action-sequence taken on the island of Smøla in Norway shows the common gull gliding down above the white-tailed eagle, which is easily twice its size. 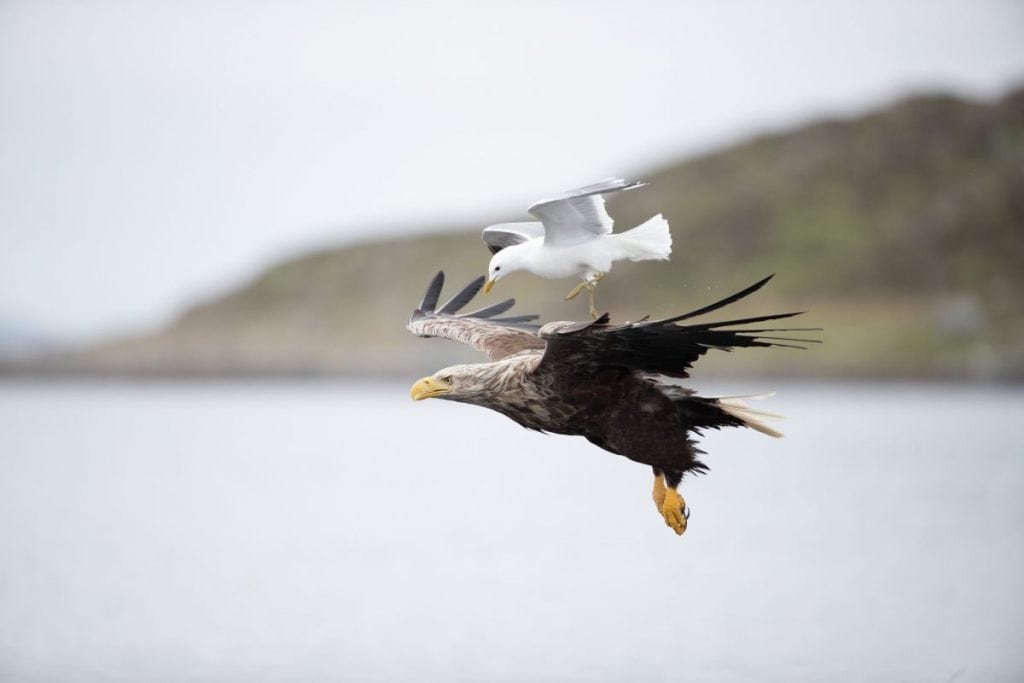 Snapper Christian Tiller, 44 said : “I have heard that Smøla has a lot of white-tailed eagles so I went up there to photograph them. A friend of mine has a boat – so we went out and threw out a caught fish which we hoped they wanted and yes both the eagle and the gull wanted it obviously.

“I have a very fast camera (canon 1DX markII) which helps, but yes it is hard to capture these moments because everything happens so quickly, this little quarrel was over within a second! 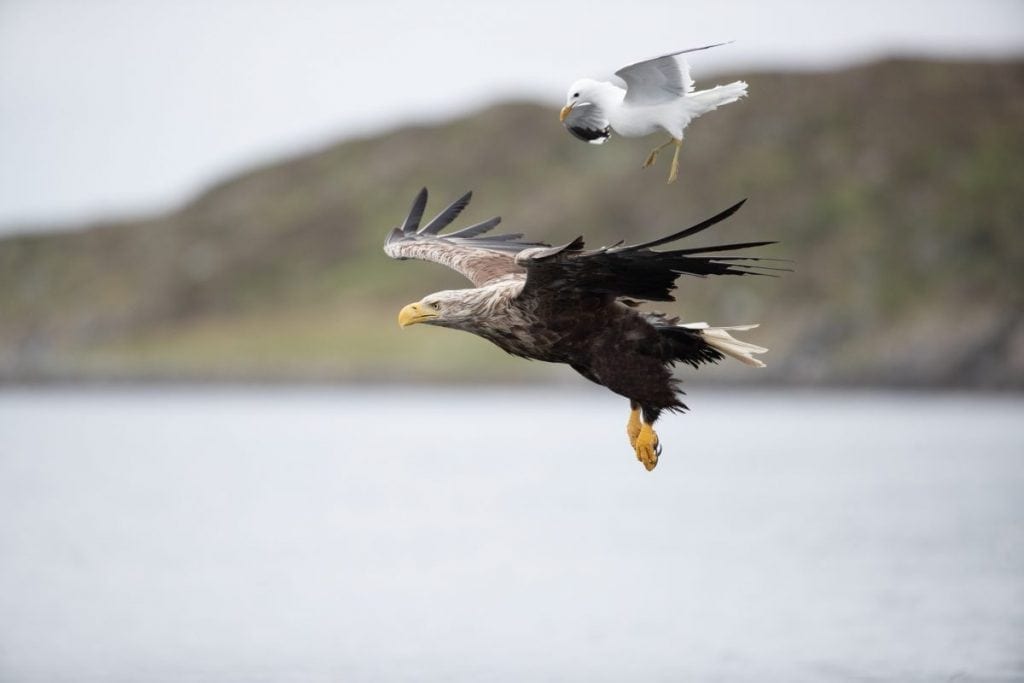 “I was hoping for pictures of eagles catching a fish, this incident with the brave (stupid?) gull was an amazing unexpected positive surprise! 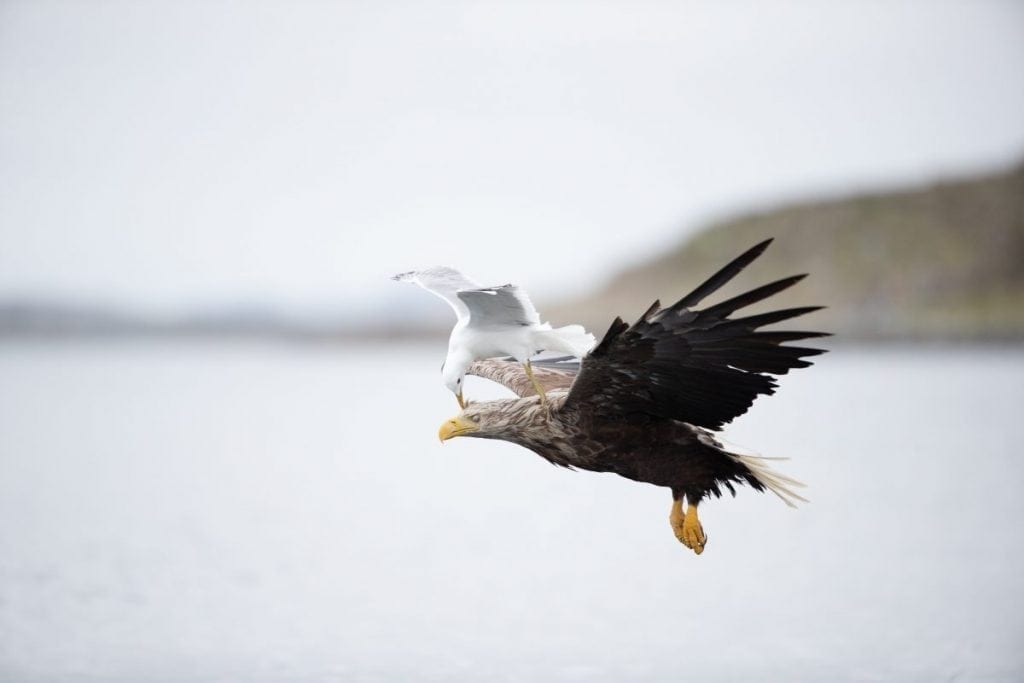 “Everything happened so fast so I actually did not know this happened until I reviewed the images on my camera! Imagined my excitement when I saw what had happened!”