The images, taken in Rutland, shows the kids sitting and even lying on the tracks 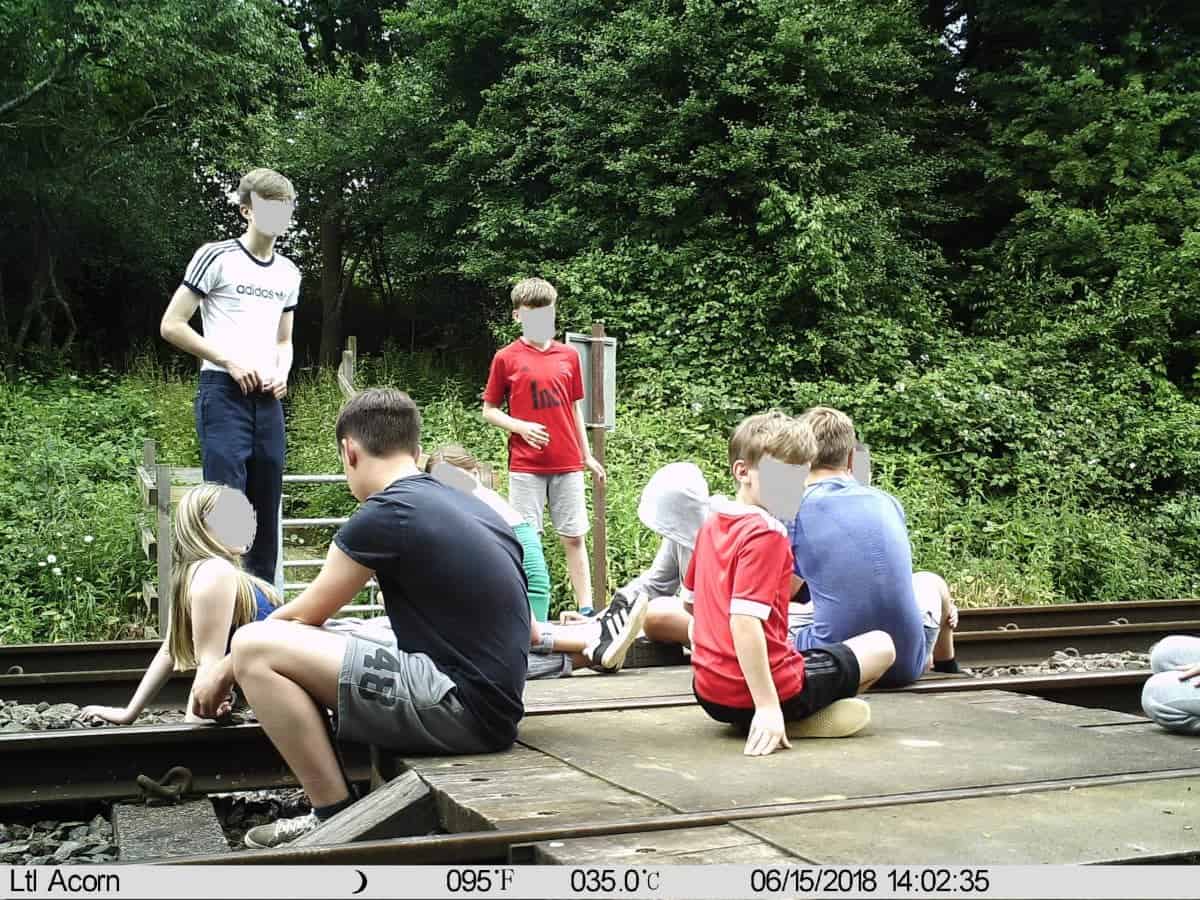 These shocking pictures show a group of young children dicing with death with some sitting on a railway crossing where trains regularly pass at 60mph.

The alarming show at least eight boys and girls, some of them sitting cross-legged while others play and walk along the tracks.

At one stage, they sit huddled together while one girl lies across the wooden sleepers, seemingly oblivious to any danger. Network Rail and British Transport Police have released the images, taken in Rutland in the East Midlands, as a stark warning to families about the dangers of level crossings as the summer holidays begin.

Vicki Beadle, community safety manager at Network Rail, said: “A split second decision can have life changing consequences, not only for those involved, but also for their family and friends and railway workers. “The railway is not a playground and we would urge parents to speak to their children about how to keep safe at level crossings, stations and when using the railway.”

According to the company, which manages the infrastructure of the UK’s rail network, there have been more than 2,000 incidents on level crossings involving young people in the last five years.

British Transport Police inspector Jacqueline Wilson said: “There are numerous dangers on the railway track, we can’t stress enough the risk you are taking when you step on to the line.

“It can take a matter of seconds for a life to be destroyed.”

Edwina Currie slammed for her comments over cost of living crisis