A hospital is beating bed-blocking by sending elderly patients to a care home – at a THIRD of the cost of keeping them on wards. An entire floor on a newly-built care home has been commissioned so patients from Yeovil District Hospital in Yeovil, Somerset, can leave hospital. Pensioners who no longer need to be […] 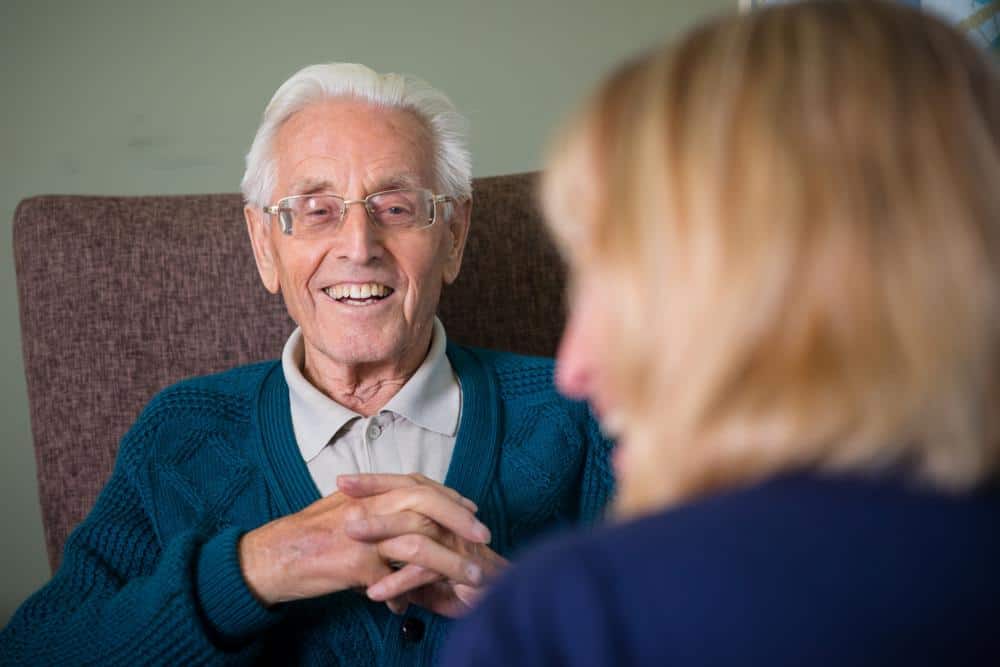 A hospital is beating bed-blocking by sending elderly patients to a care home – at a THIRD of the cost of keeping them on wards.

An entire floor on a newly-built care home has been commissioned so patients from Yeovil District Hospital in Yeovil, Somerset, can leave hospital.

Pensioners who no longer need to be monitored by medics but are not able to live safely and independently at home can go there.

And instead of sitting on hospital wards waiting to go home they can practice making toast and putting on shoes and socks ahead of going home.

So far 600 pensioners have been rehabilitated in Cooksons Court care home, which has 18 bedrooms all with en suites, and a kitchen, dining room and garden.

Officials say the rehabilitation helps build up their confidence after leaving hospital – at a third of the cost of staying there.

The approach has been a collaboration between Yeovil District Hospital, Somerset Care, which owns the home, and Somerset County Council.

Not only are the residents able to “re-able” themselves, the new scheme saves about £1.6 million as it leads to a 41 per cent drop in care packages and has received rave reviews. 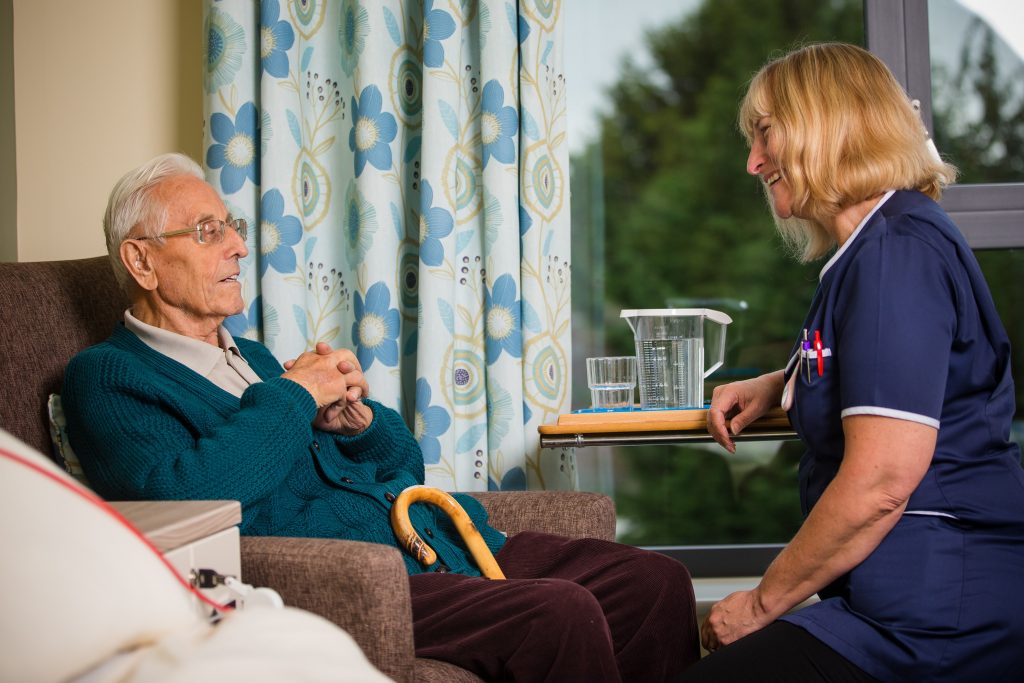 Caroline Manson, therapy services manager at Yeovil District Hospital, said: “The patients set their own goals – that might be getting out of bed and getting dressed, or going up five steps.

“In hospital it is hard to practice these things as if it’s their own home.

“It is amazing the things you see – patients who are under confident are put in an environment where they are supported, but they’re in a homely environment.

“The therapists help them, sometimes taking them outside to the beautiful garden, practising simple things like putting on their shoes and socks.

“If we could make savings from this tiny project, if this could be replicated all over the place, it is common sense that someone could easily be taken from a hospital to a nursing home for rehabilitation.”

During planning, it was anticipated that patients would need to be rehabilitated for a fortnight, but the average stay is just 11 days.

Pensioner Raymond Langridge, 87, was admitted for treatment after suffering a fractured arm which was picked up on an X-ray months after it happened.

He said: “I’ve been making cheese sandwiches and cups of tea. The idea is for you to do it yourself, not for someone else to do it for you.

“My wife Pauline was in here 12 months ago when she broke her hip.”

After a week there was a discussion about Raymond going home, but this was eventually delayed.

The approach has seen patients’ confidence soar, with 98 per cent of people returning home or to live with their relatives so they can live independently.

The project has spanned a two-year period, and costs £1 million a year to fund – but hopes are high it could be rolled out further afield and save more cash.

Stephen Chandler, director of adult social services at the local authority, said: “We think there’s the potential to save £1 million on social care and £1 million for the NHS.

“People often talk about being in hospital for two, three, four weeks so anything that helps them get out, with support, is really good.

“There’s a risk of falling in hospitals – elderly people tend to know the layouts of their houses very well, and there are shiny floors which they can slip on.

“We are looking at rolling it out across the county.”

So far the idea is only being implemented in one care home, but it has been said that in that sector only 90 per cent of beds are used at any one time – compared to the NHS where operations are often cancelled due to ‘bed blocking’ or lack of availability.

Jane Townson, chief executive of Somerset Care, said: “You see care homes advertised as being like a five star hotel, but I want us to be like home.

“Things like laying the table gives people with dementia something ingrained so they have got some point of reference.

“At any time there is a significant number of care home beds available and they are less than half the cost – the local authority pay us £825 per person, per week.

“Nationally there is a rhetoric about how care homes are bad and everyone should be cared for at home, but social isolation can be a killer.”