Three coppers watched a man in custody suffer a head injury and a ten-minute fit but failed to alert doctors – 48 hours before he was found dead in his cell, a disciplinary heard was told. David Fournier D’albe, 40, was found unresponsive in a police cell at 03.20am on December 30, 2014, and was […] 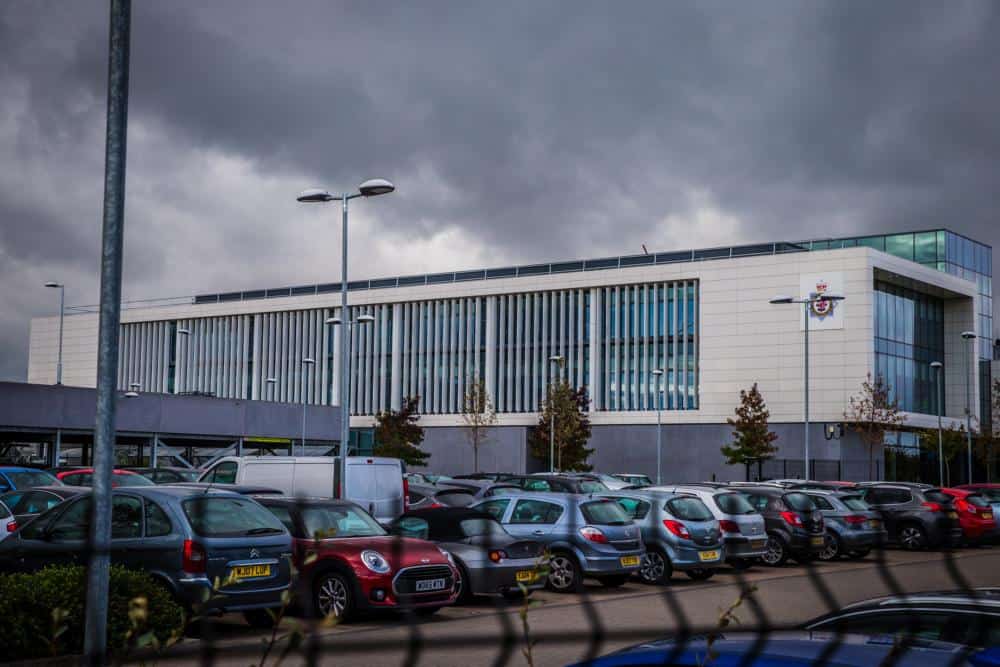 Three coppers watched a man in custody suffer a head injury and a ten-minute fit but failed to alert doctors – 48 hours before he was found dead in his cell, a disciplinary heard was told.

David Fournier D’albe, 40, was found unresponsive in a police cell at 03.20am on December 30, 2014, and was pronounced dead by paramedics shortly after.

He had been arrested two days beforehand for criminal damage following a “difficult incident” on the street that had involved a fire and the fire services.

But a disciplinary hearing heard yesterday (Weds) that the three police officers who arrested him acted against their duties and instructions.

It alleged they failed to do what was expected when he suffered a head injury in their custody shortly after his arrest.

CCTV footage shown at the hearing at Avon and Somerset Police HQ in Portishead, Bristol, showed PCs Stephen Brawley, Nick White and Ian Bartlett standing over Mr Fournier D’albe as he lay convulsing on the floor for almost ten minutes.

The three officers kept a close eye on the unconscious man for the duration of his fit, but made no move to go and report the incident to a senior officer – even when two senior officers later entered the cell, at Bridgewater Custody Centre.

The hearing was told that, against procedural guidelines, none of the three officers made any entry in their pocket notebooks about the incident.

And the CCTV footage showed that the head injury, which came just before his fit, was sustained when PC White and PC Brawley took Mr Fournier D’albe’s arms and tried to make him sit down on a bench – causing a struggle that led to him hitting his head on the bench.

Opening the hearing, Presenting Barrister Simon Walsh said: “There appears to be little dispute between parties as to what the officers did.

But Emma Nott, chairing the hearing, added: “There is no suggestion, from reports from the pathologist or the coroner, of causation between Mr Fournier D’albe’s fall and his subsequent death 48 hours later.”

The allegations brought against PCs Brawley, White and Bartlett are that they “failed to follow force policy or relevant guidance that should have been obvious in that situation”.

This includes seeking relevant medical attention for Fournier D’albe, and reporting the incident to senior officers.

The three officers also failed to record in their pocket notebooks a full record of their use of force – as procedural guidelines instruct, the hearing was told.

Mr Walsh said: “The appropriate authority’s position is that the officers had plenty of time – nearly ten minutes – to act on what they were seeing before them.

“We recognise that this was a difficult incident that began out on the street, and that there was a lot to record.

“But this is something so significant that it should be there [in the pocket notebook], but it is not.”

He added: “This is simply conduct in a holding cell in which a member of the public is particularly vulnerable, which should have been dealt with better.”

Mr Walsh further stated that the trouble was not that the officers were inattentive – footage showed them closely observing Mr Fournier D’albe throughout – but that they failed to respond to what was happening in front of them.

He said that Mr Fournier D’albe was behaving in an ‘agressive’ and ‘in control’ manner with the three officers when he was brought into the custody cell.

The hearing was told how the authority had no criticism of how the use of force by officers came about.

However, following Mr Fournier D’albe’s very apparent knock to the head, the three officers stood and observed him as he lay motionless on the floor, and then began ‘twitching and shaking’ his legs.

His leg movements grew increasingly erratic and unexplained until, after five minutes, they became particularly vigorous, and were accompanied by a loud coughing and wretching fit.

At this point, PC White bent down and removed Mr Fournier D’albe’s handcuffs – but the three officers remained in the cell and did not get help.

The footage showed two senior officers entering and then leaving the cell – but unfortunately, at a moment when the victim had stilled and was giving no indication of any symptoms.

A few moments later, Mr Fournier D’albe was seen coming to, sitting up and asking the officers where he was.

He then sat against the wall of the cell and engaged in several minutes of inaudible conversation with the officers.

Mr Walsh said: “Had the incidents of moments before been reported to the senior officers, they would have been in a much better position to respond appropriately.