Janis Bronson, 59, was five miles into a hike on the Lower Russian Mountain trail in Cooper Landing, Alaska, when a sharp arrow was driven straight through her thigh on September 6. 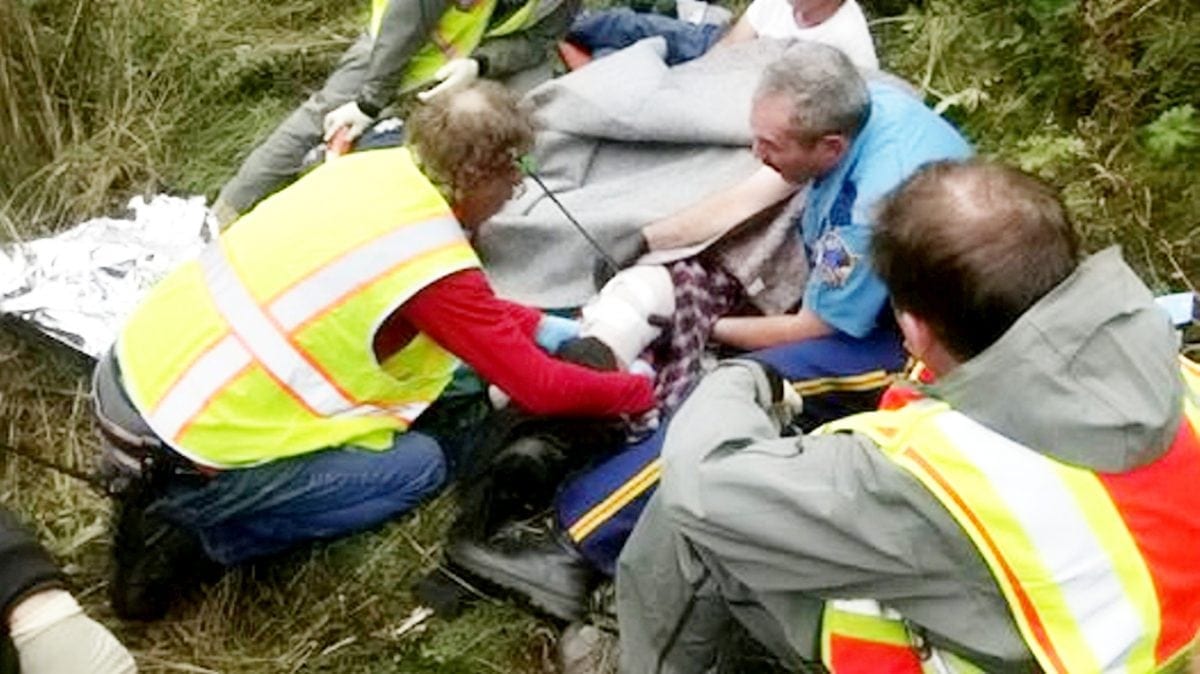 A teacher was airlifted to hospital after being impaled by a hunting arrow which was embedded in the ground with the tip facing up.

Janis Bronson, 59, was trekking on a mountain trail when she walked into the broadhead hunting arrow.

The weapon was stuck in the ground at an angle with the razor sharp tip facing upwards, and was hidden in tall grass.

It skewered Janis’ leg and as she moved forward it was driven “almost all the way through” the limb, according to Sgt. Mike Zweifel of the Alaska State Troopers. 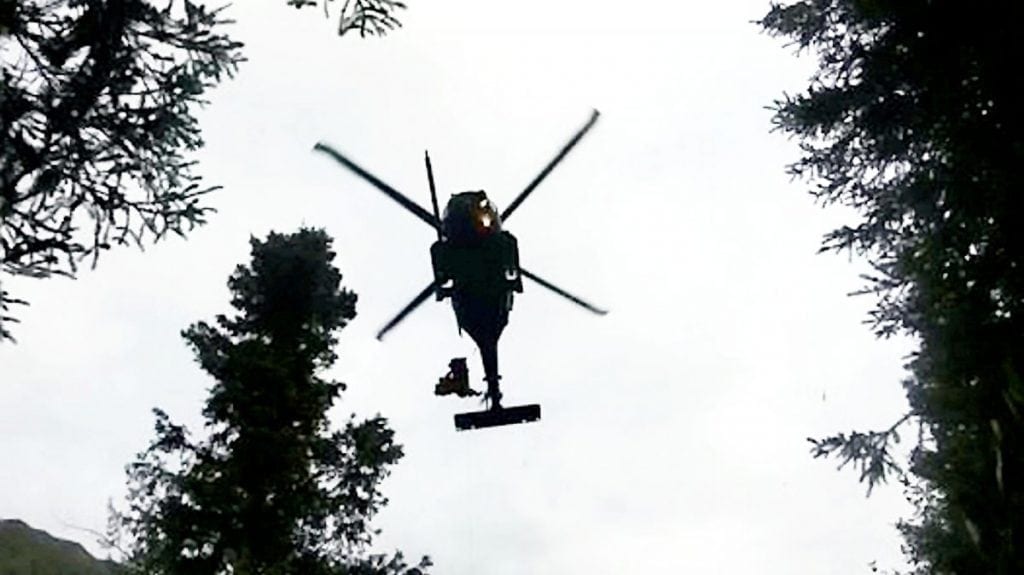 The teacher, who was five miles into a trek on the Lower Russian Mountain trail in Cooper Landing, Alaska, US, was left in “excruciating pain”.

Janis’ husband Michael Bronson called 911 but because of the remoteness of the trail it took medics two hours to reach her but she was eventually airlifted to hospital.

Sgt. Zweifel said: “They were walking through the brush and the arrow must have been caught up in it because it entered her thigh as she was walking through.

“When she moved forward the bottom of the arrow made contact with the ground, driving it almost all the way through her thigh.

“It was a broadhead arrow which is used for hunting, it has three sharp points.

“It is designed to go right through animals and sever arteries so that they bleed out. 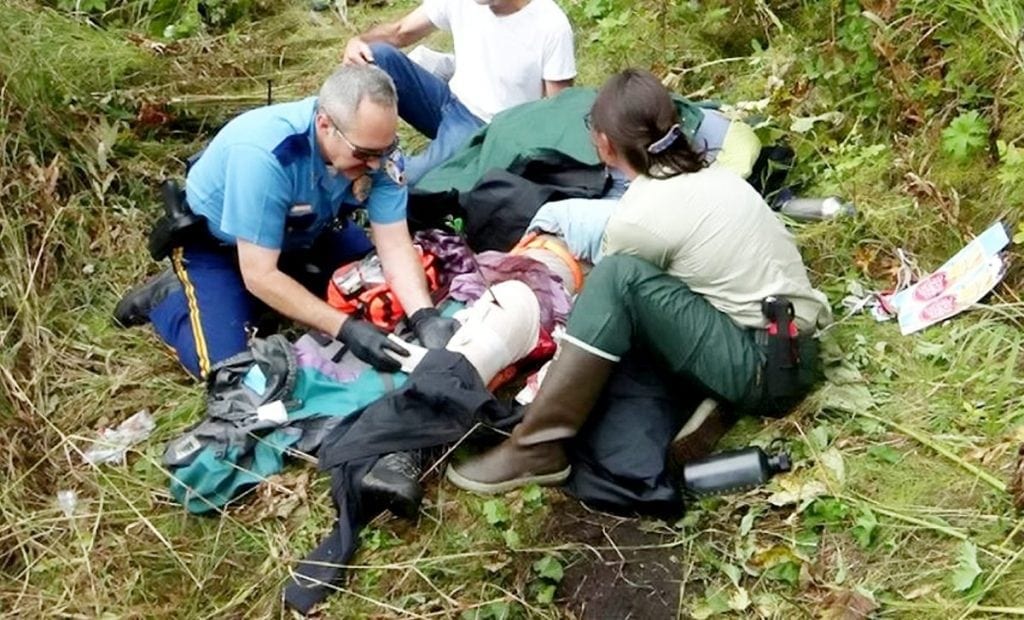 “When we got there we did our best to stop the bleeding. She was in an awful lot of pain. It was excruciating for her.

“There are vital arteries in the legs so we didn’t want to risk removing the arrow or moving her.

“We tied a tourniquet on her upper thigh and bandaged the wound loosely. She couldn’t take any pressure.”

First responders decided that Janis, of Anchorage, Alaska, should be airlifted by the National Guard to Providence Alaska Medical Center.

“It took two hours for medics to show up, who brought a stretcher,” Sgt. Zweifel said.

“We were concerned about hitting the arrow or shifting it in any way. We tried to chip the arrow but it was too painful.

“I was shocked. I expected it to be a single point arrow but a broadhead one is so much worst. It was shocking and the lady was in so much pain.” 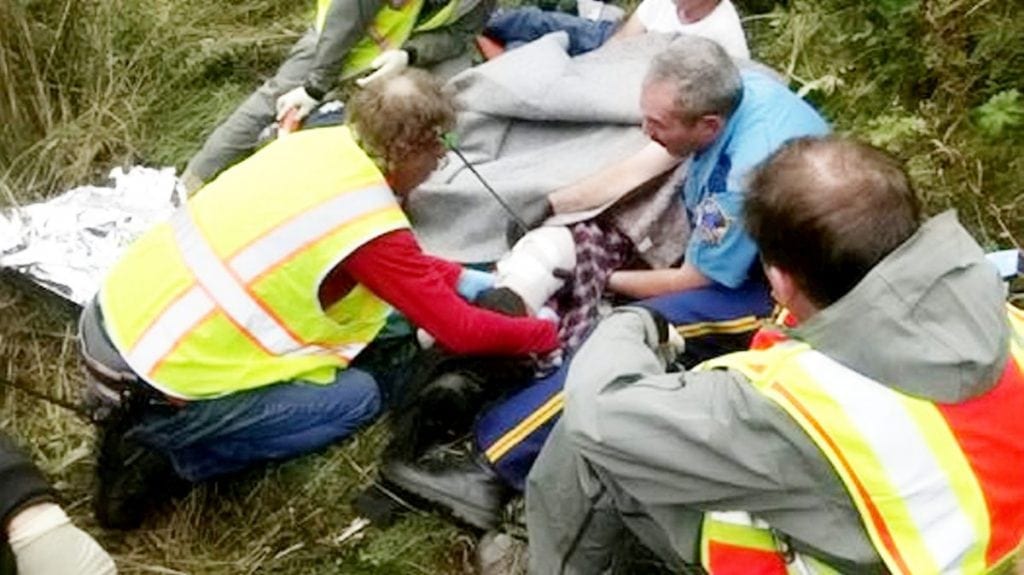 Eventually the National Guard sent an ambulance and she was hoisted and airlifted to a hospital in Ancorage.

Despite the gruesome images, Janis did not disturb any major arteries and is on the way to recovery.

Sgt. Zweifel said: “Luckily the arrow entered her leg about an inch away from her major artery, and did not hit anything major.

“We think the arrow may have fallen out of somebody’s quill or perhaps just got lost after it was shot. We’re just glad she’s okay.”