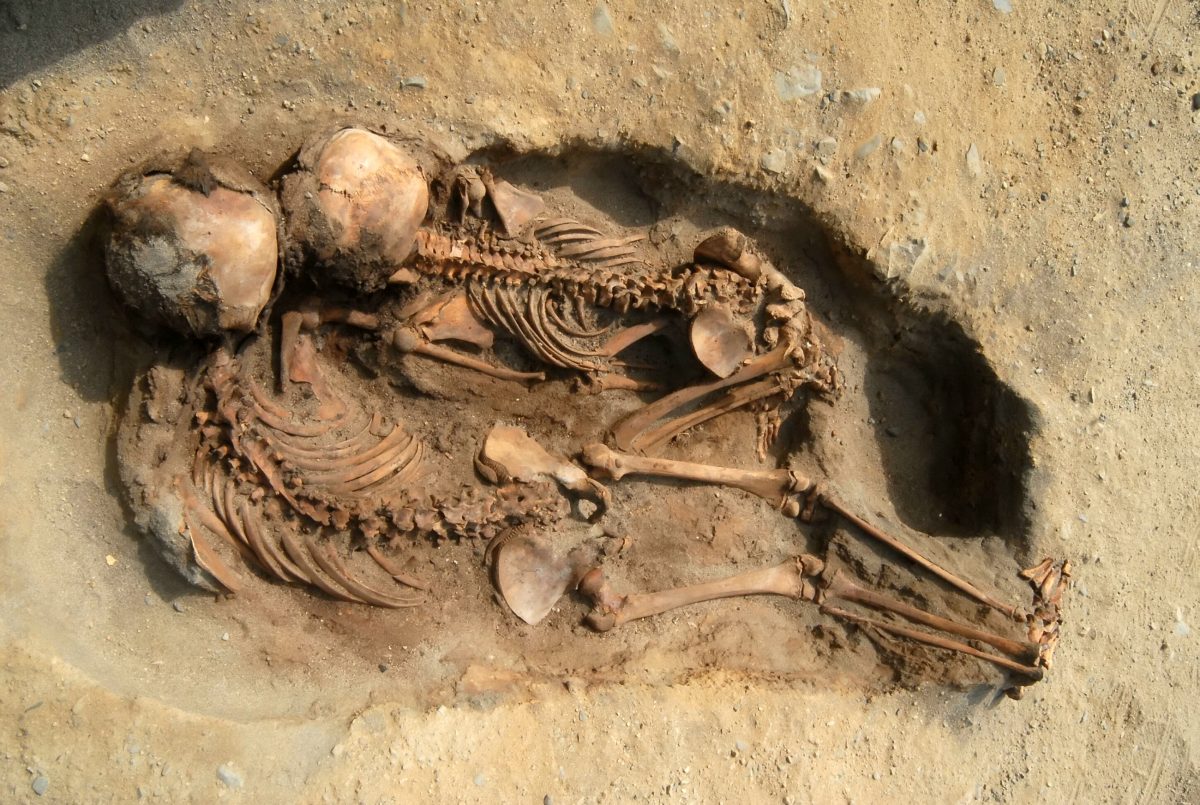 Hundreds of young children – and llamas – were ritually sacrificed at just one site in 15th Century Peru, archaeologists have confirmed.

More than 140 boys and girls aged between five and 14 were killed in the largest known mass sacrifice of children in The Americas.

Many had their hearts cut out as part of the grisly spiritual ceremony which happened at the height of the ancient Chimu civilisation in northern coastal Peru.

Researchers suspect major flooding and storms caused by an El Nino weather event could have sparked a panic to appease the gods with the systematic killing – now also the largest known llama sacrifice in the world.

The children’s skeletal remains and those of more than 200 juvenile llamas found in a 7500 square foot area were carbon dated to around 1450.

The Huanchaquito-Las Llamas burial site is less than half a mile from the Chimu’s capital Chan Chan, a UNESCO World Heritage site.

Its ancient empire controlled a 600-mile-long territory along the Pacific coast and interior valleys from the modern Peru-Ecuador border before the Incan empire took over.

The study findings come after six years of excavation work at the site from 2011 to 2016.

Study author John Verano, Professor of anthropology at Tulane University, in Louisiana, US, said: “This site opens a new chapter on the practice of child sacrifice in the ancient world.

“This archaeological discovery was a surprise to all of us – we had not seen anything like this before, and there was no suggestion from ethnohistoric sources or historic accounts of child or camelid sacrifices being made on such a scale in northern coastal Peru.

“We were fortunate to be able to completely excavate the site and to have a multidisciplinary field and laboratory team to do the excavation and preliminary analysis of the material.”

Professor Gabriel Prieto, of the National University of Trujillo in Peru, said cut marks transecting the sternums and displaced ribs suggest both the children and llamas may have had their chests cut open, possibly during ritual removal of the heart.

Human and animal sacrifices are known from a variety of ancient cultures, often performed as part of funerary, architectural, or spiritual rituals.

But very little evidence of the brutal practice is known from the northern coast of Peru.

Prof Prieto said: “In number, it greatly exceeds the known sample of Inca child sacrifices from high altitude sites in the Andes.

“It also is substantially larger than the only other mass sacrifice of children known from the New World, that of 42 children in Offering 48 at the Mexica Templo Mayor in Central Mexico.

“The presence of a thick layer of mud on top of the sand in which the children and camelids were buried, as well as the presence of human and animal footprints made while the mud was still wet, suggest that the sacrificial event occurred shortly after heavy rainfall and flooding, in an arid region that receives negligible rainfall under normal conditions.

“While the correlation between heavy rains and the sacrifice may be coincidental, it is tempting to hypothesize that the two events are associate, and that the mass offering of children and camelids may have been an attempt to appease the gods and mitigate the effects of a major El Niño–Southern Oscillation event that occurred around 1400-1450.”

The study found the human remains were almost entirely children, and the animal remains, all juvenile, were identified as most likely llamas, but possibly alpacas.

Anatomical and genetic tests suggested the children included boys and girls between five and 14 years old, according to the findings published in the journal PLOS One.

Prof Prieto said cuts across the children and llamas’ sterna suggested they had their chests cut open to remove their hearts.

He said: “Accessing the heart by transverse sectioning of the sternum is a technique familiar to modern thoracic surgeons, and is known by various names.

“The purpose of opening the chests of the children at HLL can only be hypothesized, but heart removal is a likely motivation.”

The researchers now hope to study the ritual’s victims, by analysing the life histories and cultural origins of the sacrificed children.