A female health spa boss accused of drunkenly groping a male client claimed he had been in a gay relationship with his masseur, a court heard today (thurs). Kerry Brocklebank, 43, said she may have interrupted an “inappropriate relationship” when she walked in on her alleged victim as he was waiting for a massage. Jurors […] 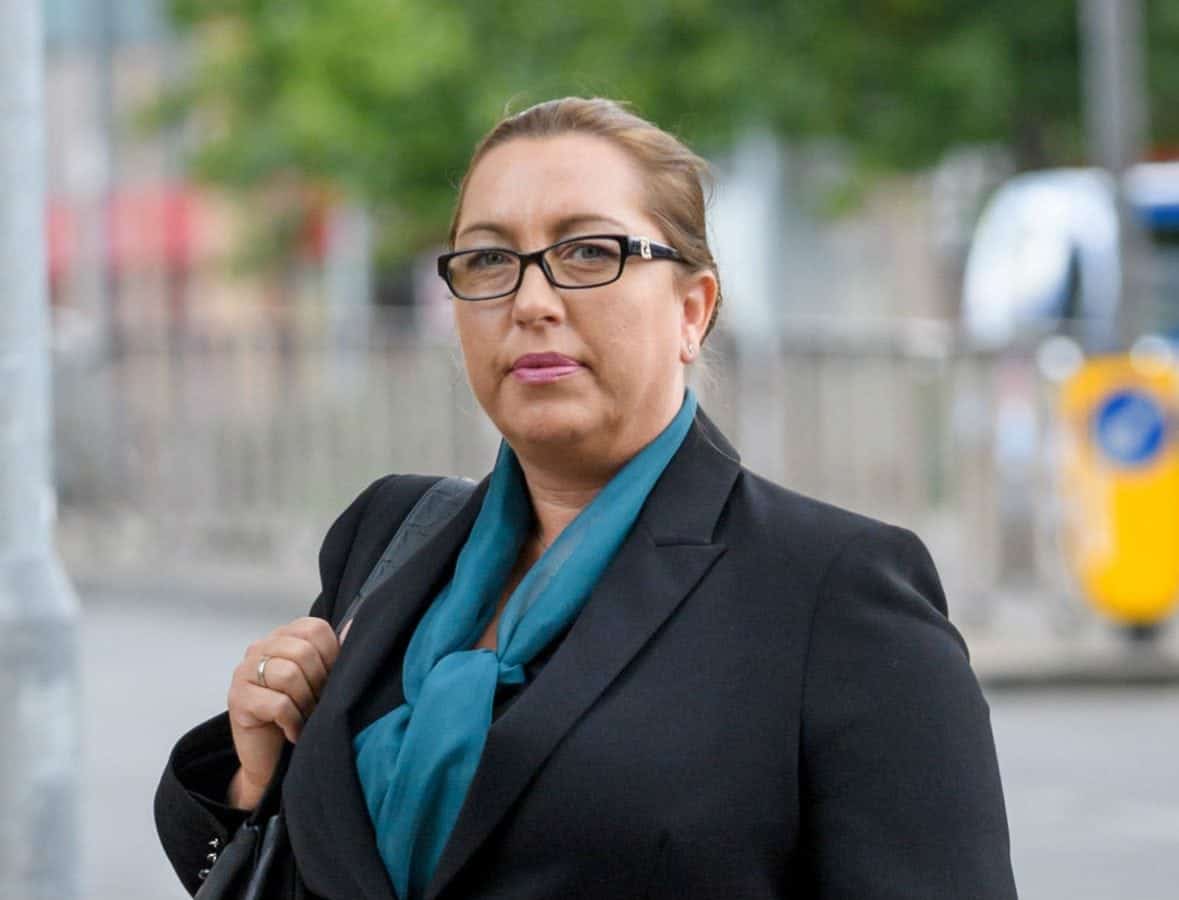 A female health spa boss accused of drunkenly groping a male client claimed he had been in a gay relationship with his masseur, a court heard today (thurs).

Kerry Brocklebank, 43, said she may have interrupted an “inappropriate relationship” when she walked in on her alleged victim as he was waiting for a massage.

Jurors heard that the man – who cannot be named for legal reasons – was lying on a massage table just in his underpants and in a ‘provocative manner.’

They also heard how the owner of Huntingdon Spa and UK Sports Massage told police that the pair were “fabricating” a sexual assault claim in a bid to get compensation from her.

The court has heard how blonde Brocklebank had been drinking prosecco and champagne and was wearing a swimsuit when she walked in on the keen runner in a treatment room.

He claims that she poured oil on his calves and lower back and massaged him despite his pleas to stop which left him feeling ‘violated.’

Another employee also said she was drunk and had spilt champagne on herself on the day of the incident.

During the third day of her trial, the court heard part of an interview Brocklebank gave to police after her alleged victim complained that she had assaulted him.

Speaking to Detective Constable Eliot Ducket, she said the man had been laying on his elbows with his head where his feet should be on the table waiting.

He had been waiting for a sports massage from therapist Henry Godfree.

She told the officer: “I think I may have interrupted something personal or inappropriate between the therapist and him as that is the only thing that makes sense to me as to why he reacted the way he did.

“He was so completely the wrong way around in a provocative position.”

“I believe that the intent was for the two of them to fabricate the incident so they could hopefully get some compensation and split it which is just crazy.”

Godfree has earlier told the court that he was not gay and was in fact heterosexual.

Brocklebank from Huntingdon, Cambs, today in court insisted she had worn a “conservative” swimsuit as she had been drinking champagne in a hot tub with a friend on October 11 last year.

But she denied claims she was “six out of ten drunk” saying she was “merry” and only spilt a flute of champagne because she was “clumsy”.

Jurors heard she told police on October 23 that she was on friendly terms with the alleged victim.

She told police: “I had almost a jovial relationship with [the man] it was very full of banter.

“When he asked me to stop I couldn’t believe he was serious I said to him ‘I’m a trained massage therapist I will start your calf massage down until Henry gets here for you’.”

Alexandra Wilkinson, a freelance therapist who worked at the spa, told the court that Brocklebank was “six out of ten drunk” when she and her childhood friend Ashleigh Terry returned to the spa after lunch at 2pm.

She said Brocklebank twice spilled a champagne glass on herself and added: “She was drunk.

“Just the way she presented herself, like the way over the top and just not the way she spilled champagne twice – once could be a genuine mistake but happening again, it was a lack of control.”

Ms Wilkinson said she became aware of the alleged sexual assault after Brocklebank sent WhatsApp messages to employees which stated: “Of course I was messing with [the man], he took it badly and Tiny was a genuine mistake sorry.”

Jurors heard “Tiny” referred to another client who was being seen by Mr Godfree and before the alleged sexual assault.

The court heard Henry Godfree sent Ms Wilkinson a screenshot of a letter of complaint by the alleged victim to the spa’s business Instagram page.

Ms Wilkinson said Mr Godfree also sent a series of messages to her announcing he was quitting his job and that Brocklebank “is in the sh*t” and “[the man] emailing her another proper email about suing”.

Referring to when Ms Wilkinson was asked to pour champagne for Brocklebank shortly before the alleged sexual assault, he wrote: “She bosses you, you should leave and [the man] will back this up”.

The alleged victim had told the court he felt “violated” after the health spa owner sexually assaulted him by rubbing his right calf and back.

He said she walked in him as he was waiting for her male colleague and massaged him despite his pleas to stop.

The jury was told pair came “face to face” after the runner pre-booked a male masseuse at Huntingdon Spa and UK Sports Massage in Cambridgeshire.

Mr Godfree said she was “flirtatious” with the alleged victim.

The business owner denies one count of sexual assault with an alternative of common assault and perverting the course of justice.