Sir Cosmo and Lady Duff-Gordon gifted the case to Ernest Brown who helped rescue people as the Titanic perished in icy waters in April, 1912. 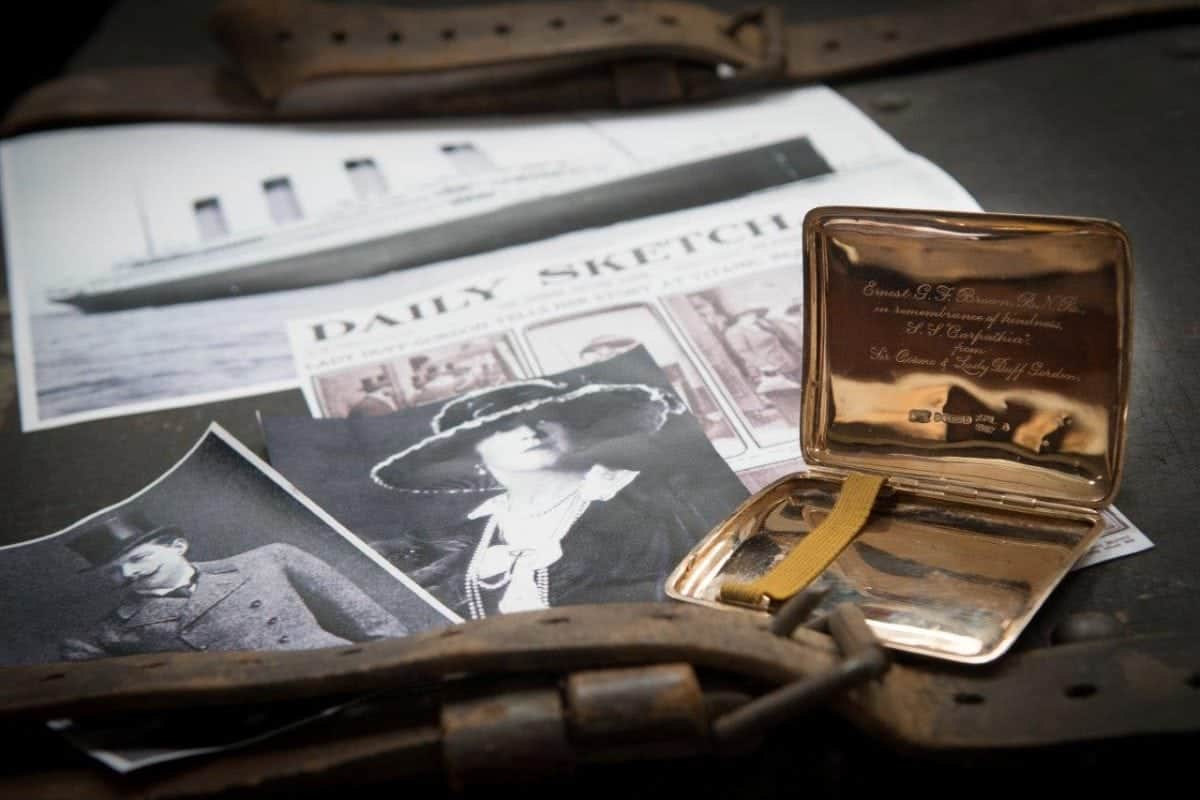 A gold cigarette case gifted by an aristocratic couple accused of bribing their way off the sinking Titanic has been found hidden in a cupboard after gathering dust for 70 YEARS.

Sir Cosmo and Lady Duff-Gordon are among the most infamous survivors of the disaster after they were accused of paying a huge bribe to ensure they escaped the stricken cruise ship as 1,514 others drowned.

Now an elegant cigarette case gifted to hero Ernest G. F. Brown who rescued the couple from the doomed liner, is expected to fetch £60,000 at auction.

The Asprey case is inscribed with the message ‘Ernest G F Brown RNR, in remembrance of kindness. SS Carpathia, from Sir Cosmo and Lady Duff-Gordon’. 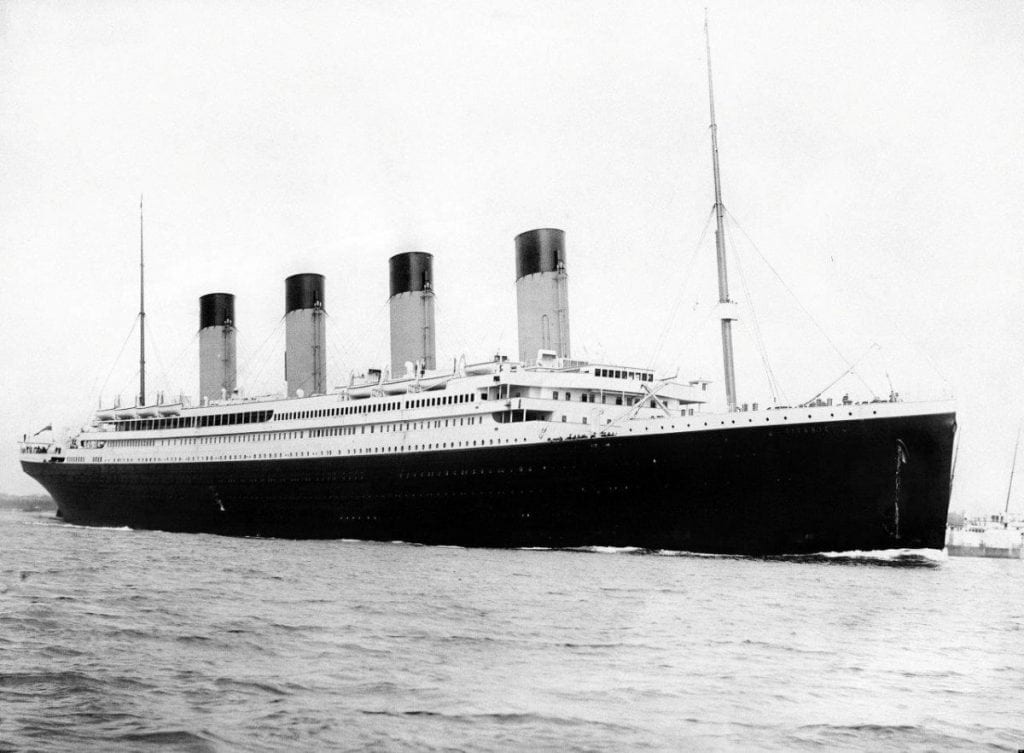 Mr Brown was the purser on the SS Carpathia – a steamship which rescued over 700 people stranded in lifeboats after the Titanic sunk in the North Atlantic Ocean in 1912.

The case, with the initials ‘EB’ on the front of it, was found during a routine house clearance at a property in Hertfordshire.

The fascinating piece of historic memorabilia which “tells a tale of scandal” is set to go under the hammer at Hanson Auctioneers, in Etwall, Derbys., on September 7. 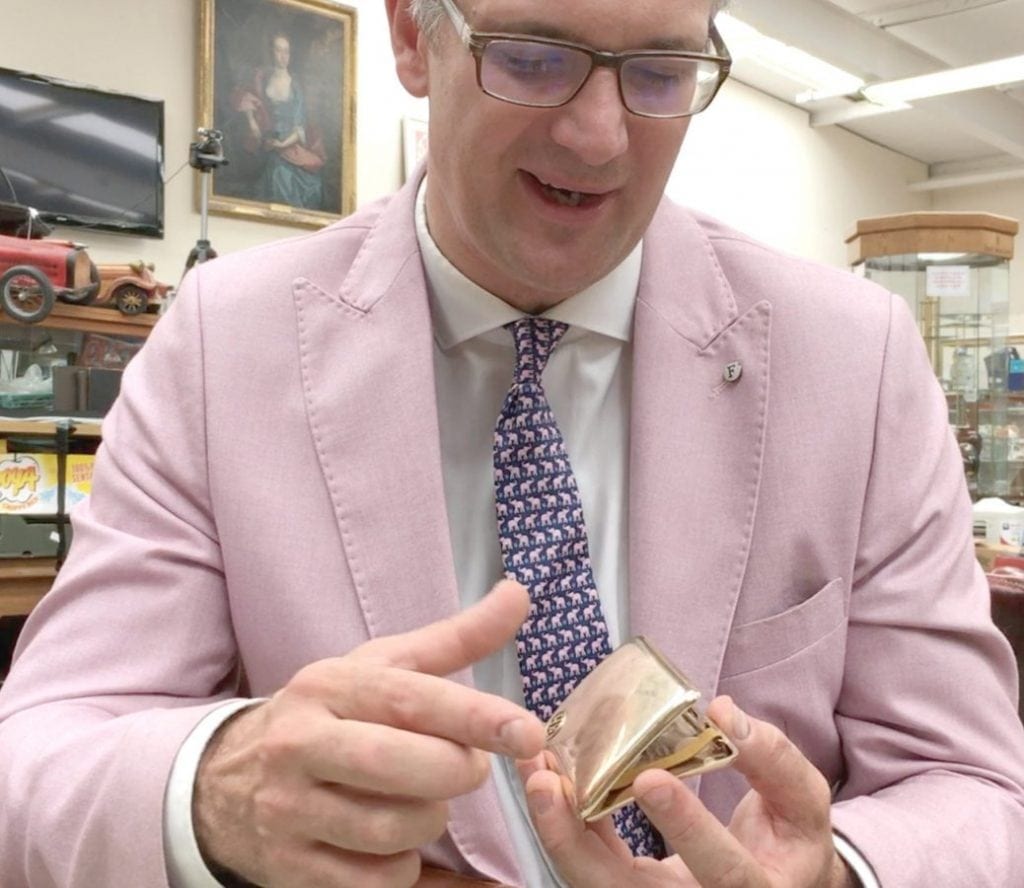 Auctioneers Charles Hanson said: “It really is a titanic find, a glint of light and romanticism among a tragedy.

“This couple were the glitterati of Edwardian society and it was gifted as a thank you to the man who helped save them.

“It was found hidden in a cupboard during a house clearance and the couple had no idea of its significance.

“This cigarette case in its own right is a wonderful object but its provenance sends its importance soaring to titanic heights.

“The sinking of the Titanic has fascinated the world for more than 100 years and such was the Duff-Gordons’ impact on events their roles are played in 1997 movie Titanic.”

Duff-Gordon was branded a coward who pushed aside the policy of “women and children first” to save his own skin.

But he and his fashion designer wife Lady Duff-Gordon denied buying their way off the ship claiming they only gave the men the money as a gesture of goodwill. 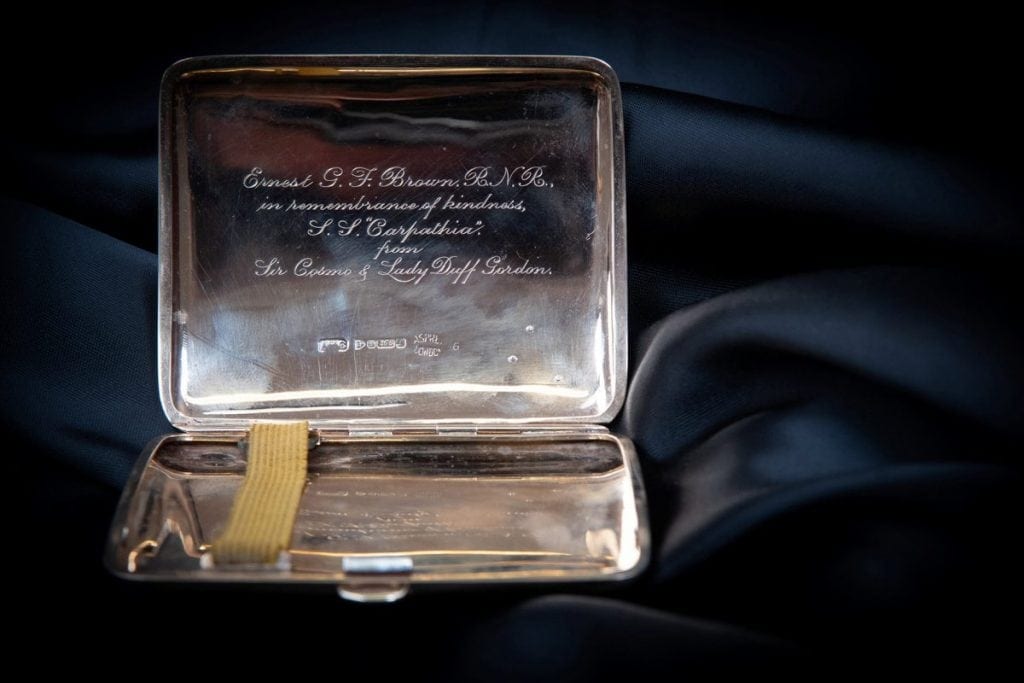 Mr Hanson added: “Sir Cosmo and famous fashion designer Lady Duff-Gordon escaped the Titanic in Lifeboat No. 1, but it was half empty.

“Though designed to hold 40 people, only 12 were on board, including seven crew members.

“As the Titanic sank, it was claimed Lucy Duff-Gordon said to her secretary, ‘There is your beautiful nightdress gone’.

“A fireman, allegedly annoyed by her comment, replied that while the couple could replace their property, he and the other crew members had lost everything.

“In the aftermath of the tragedy, the couple were accused of buying their way off the boat, a story inflamed by the tabloid press.

“But at a British Board of Trade inquiry into the disaster, where the couple testified, Sir Cosmo was adamant he’d given the money as a gesture of goodwill to help the men.

“However, mud sticks and they were tainted by the incident for the rest of their lives. 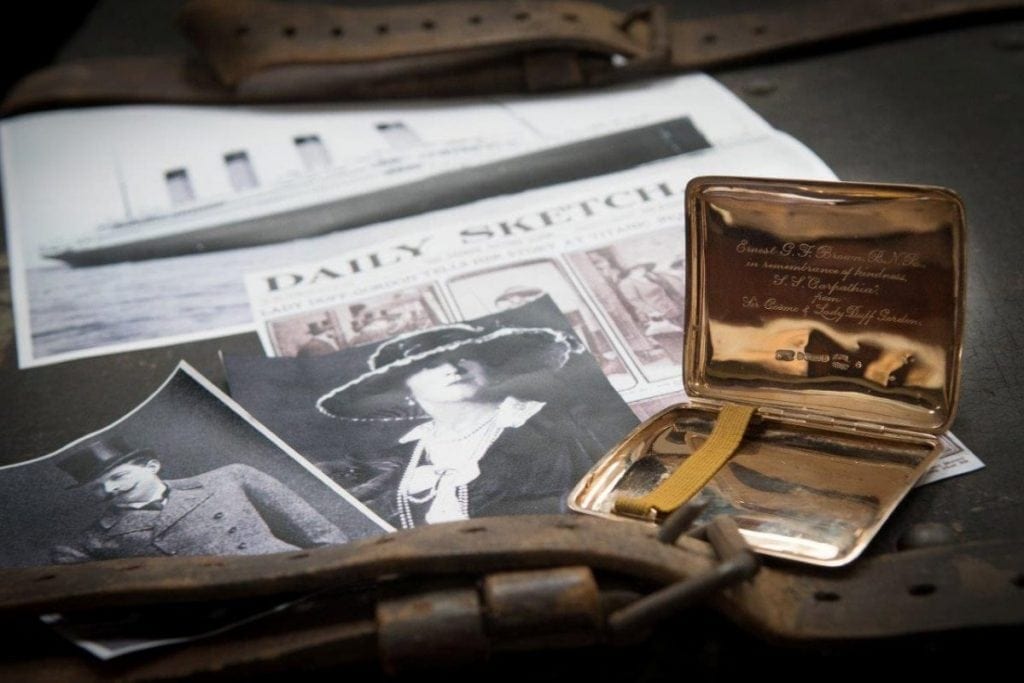 “Nevertheless, on board the Carpathia at least they were met with kindness by Ernest Brown – kindness they so valued they gave him an extravagant gift, the Asprey gold cigarette case.

“Such it is Titanic significance its auction estimate is £40,000 to £60,000. Titanic collectors all over the world may well be interested in bidding for this.”