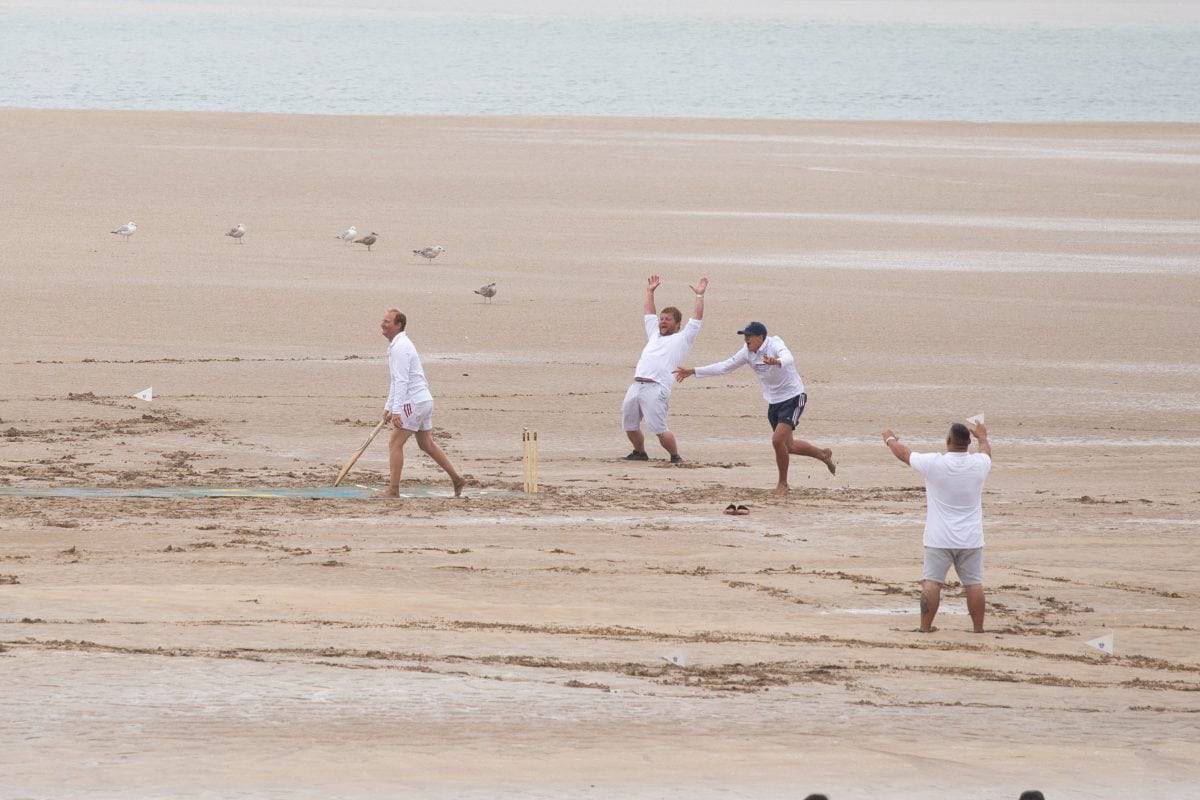 The four hour cricket match was watched by 100 onlookers in the Camel Estuary, Padstow yesterday afternoon. 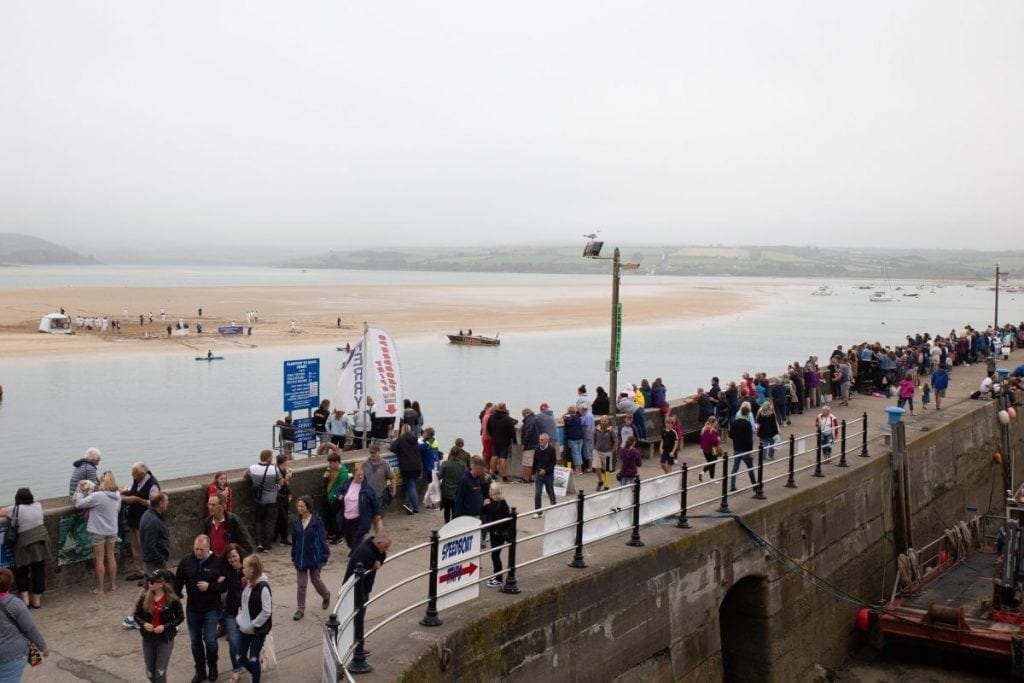 Organisers said: “For the first time that we are aware of, a game of cricket has been played on the Padstow Town sandbar, at low tide”.

The Padstow event is set to become a staple in the calendar, and sees several cornish teams play two innings, at speed to ensure they were not caught by the tides. 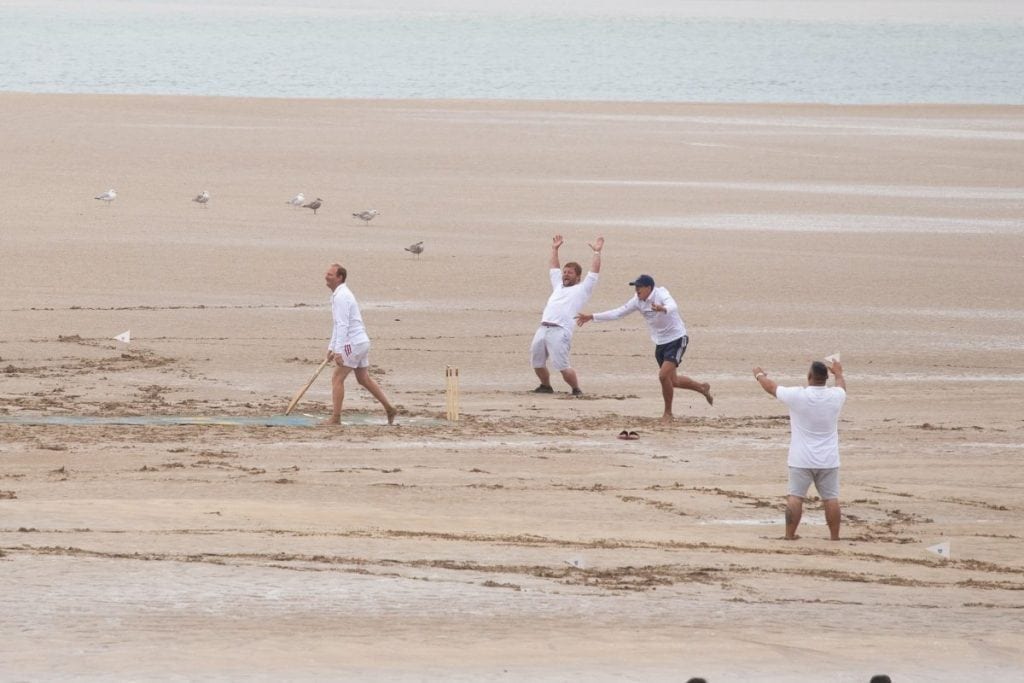 Holidaymaker Rob Taylor from North Wales said: “It was stunning to see bails being set up and actual cricket being played on the sand surrounded by the sea, but the fielding from kayaks and paddleboarders was most entertaining.”

The cornish fishing port is known for it’s bizarre events, with the May Day ‘Obby Oss’ parade seeing strict rules on those born in the town only being allowed to wear white, while following ‘Osses’ around the narrow streets in a colourful parade throughout the day. 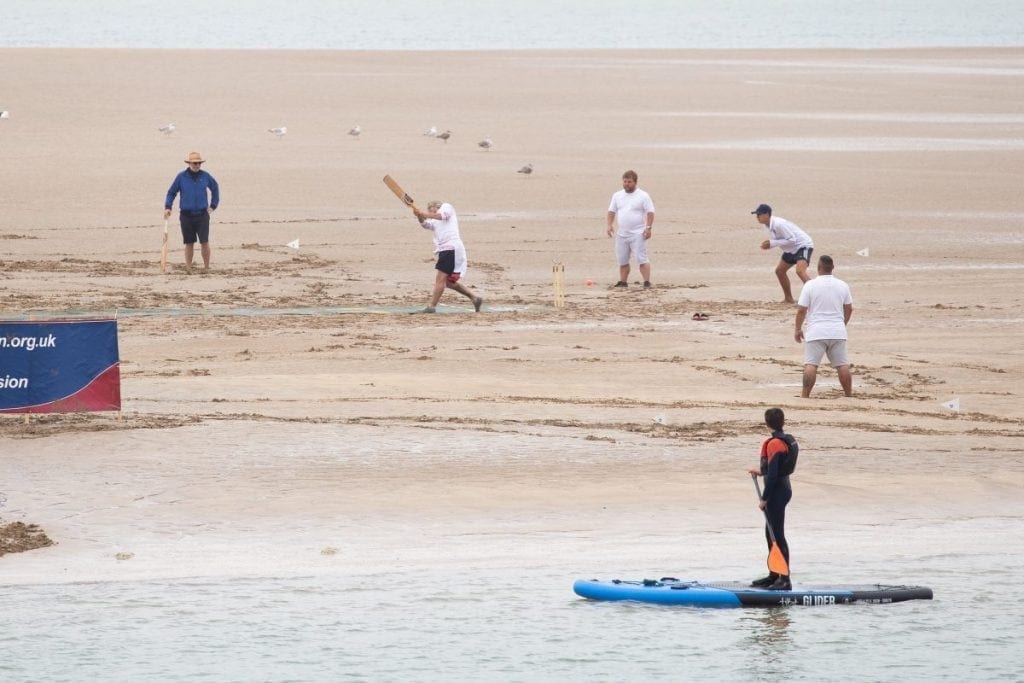 The rough ‘6pm’ final innings was based around the predicted tide change, and the shore based scoreboard being manned from the Quayside via radio.

Brambles Bank sandbar in Solent, Southampton, is the only other place in the UK to hold a similar event with keen rivals the Royal Southern Sailing club and the Isle of Wight sailing club playing along the shore.

All profits from the event went to the Fisherman’s Mission charity, with the Padstow Harbour Commissioners, the Cornish Cricket Company, and Padstow Brewing Co also supporting the event.