The mother of 24-year-old Cameron Harrison was told she would have to source her own protective equipment for her son’s carers. 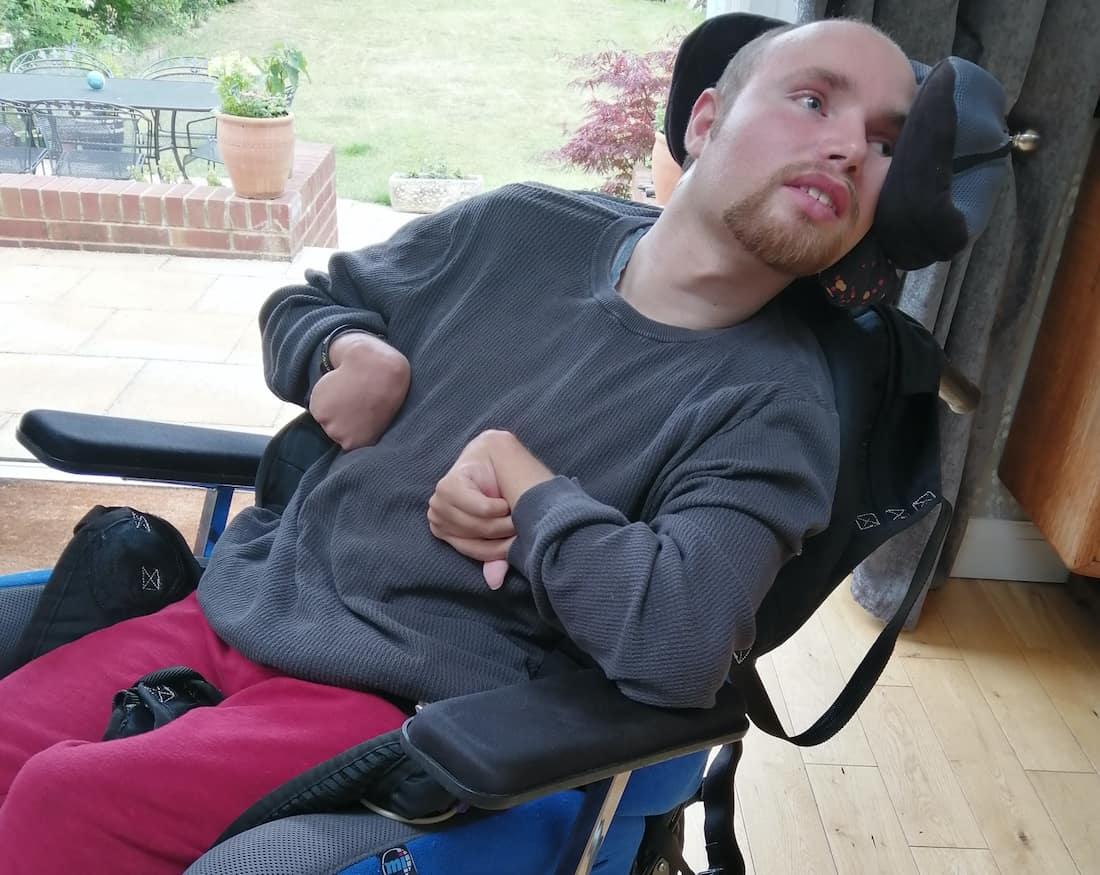 The family of a disabled man say they have been “completely forgotten about” after they were told to source protective equipment for his NHS-funded carers themselves – despite inflated prices and quality concerns.

Mr Harrison, who lives in Hitchin with his family, is blind, has limited hearing, is unable to speak, uses a wheelchair and is tube-fed.

Prior to the Covid-19 outbreak, Mr Harrison had three carers who would visit each day, in addition to attending a sensory college run by disability charity Sense during the week and residential care for 60 days a year.

His mother Karen, 50, told the PA news agency: “He needs full personal care. Everything that Cameron needs, we have to do for him.”

Mrs Harrison, who works for the Leukodystrophy Charity – which helps families with conditions like her son’s, said only two carers were now able to help and all other support had stopped.

She added: “It is hard work and at the moment both me and my husband are just emotionally and physically drained.”

The 24-year-old’s carers are paid for through a personal health budget provided by NHS Continuing Healthcare.

NHS Continuing Healthcare is a package of care provided outside hospitals, such as carers in people’s homes, that is arranged and funded by the NHS through clinical commissioning groups.

The budget is provided into an account for Mr Harrison’s care and is paid out to the carers, who are recruited and managed by his mother, rather than being provided by an agency.

In March, Mrs Harrison contacted the NHS to ask about personal protective equipment (PPE) for the carers.

Mrs Harrison said: “They said you could use your personal health budget to actually pay for the PPE but they weren’t helping at all to source the PPE.

“I was assuming that because they looked after him, they fund his care – and in my mind, they have a duty of care to Cameron and his carers – I kind of expected they were going to somehow deliver me some PPE.

“They said they weren’t delivering and gave me the Government website which kind of explained what PPE was, but it was more for people in care homes or care agencies.”

She added: “I just feel like we’ve been completely forgotten about, we’re a group of people who are just being left to muddle through.

Mrs Harrison was able to buy a limited supply of masks online, but said they were difficult to find and often an “astronomical” price.

She said: “The budget is not an unlimited pot. We don’t know how long this is going to go on for, but that all eats into his budget for care.

“For about six boxes of gloves and about 100 masks that still comes to £200 and that was just on a website online – I don’t know what the quality is.”

Mr Harrison’s carers are now using the masks sparingly, but Mrs Harrison said she had been given no guidance and that said the advice on if carers should wear PPE and when was a “minefield”.

She added: “If Cameron was to become very poorly and needed ventilation that would be a very difficult conversation with the doctors as to whether they would deem it correct to ventilate him. It would be a horrendous time.”

Genetic Alliance UK, a charity which supports those affected by genetic conditions, has called on the Government to ensure that all people cared for at home and their carers are properly protected, and that family members are given appropriate advice without being asked to source their own equipment.

A Department of Health and Social Care spokeswoman said: “The Government is working around the clock to protect the most vulnerable in our society, and it is vital that carers receive the PPE they need to safely provide care and support.

“We have provided guidance to make it clear that Local Authorities and Clinical Commissioning Groups have a responsibility to keep in contact with individuals who organise carers, either for themselves or on behalf or someone else, and to provide ongoing support and assistance – including on accessing PPE.”