The pooch had been stuck in the underground labyrinth for four hours before crews were able to rescue him. 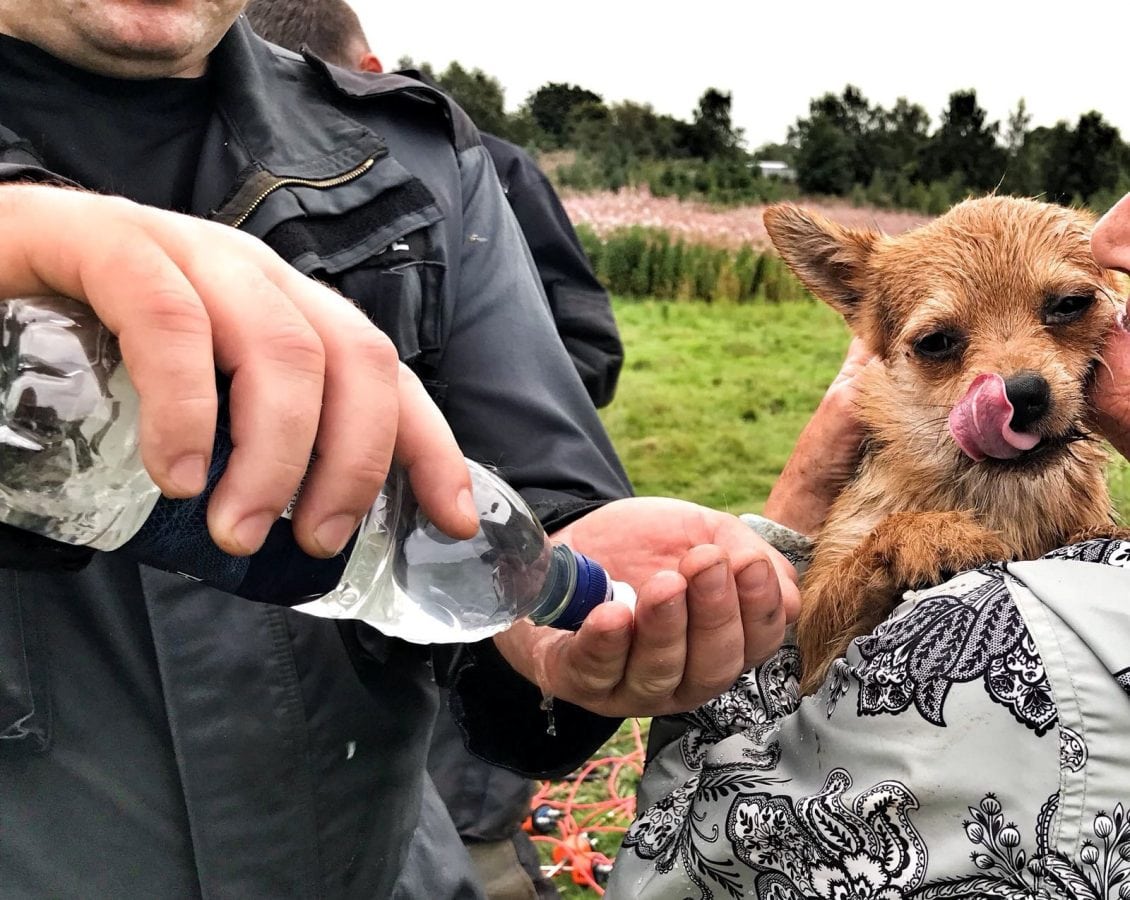 Firefighters have rescued a little dog trapped down an underground rabbit warren — by listening for his heartbeat.

The pooch had been stuck in the underground labyrinth for four hours before crews were able to rescue him.

The Scottish Fire and Rescue Service rushed to help the distressed pet after the alarm was raised at 12.26pm on August 20.

They used specialist equipment to detect the faint sound of the Chorkie dog’s heartbeat — after being stuck for four hours.

Crews from Linlithgow and Alloa attended the incident at a field in Falkirk Road, in what they described as one of their most unusual callouts.

The relieved little dog – named Bear – was rescued and given cuddles from the delighted firefighters and has since been reunited with his owner and is fully recovered.

Watch Manager Alan Roy said: “This was certainly one of our most unusual callouts.

“The crew initially tried to find the dog by digging into the field without success – but we were determined not to give up on this brave little animal.

“The life detector listening equipment is used in urban search and rescue situations where we try to locate people in collapsed buildings.

“Using a series of sequences we were able to pinpoint the approximate location of Bear who was stuck down one of the rabbit warrens.

“We dug down and were able to retrieve the dog who appeared a bit bewildered but in good health.

“It was crucial we acted as quick as possible so the animal didn’t injure itself.

“He was hydrated with water after his ordeal and after some cuddles from the crew and his owner he looked set to go chasing the rabbits again.” 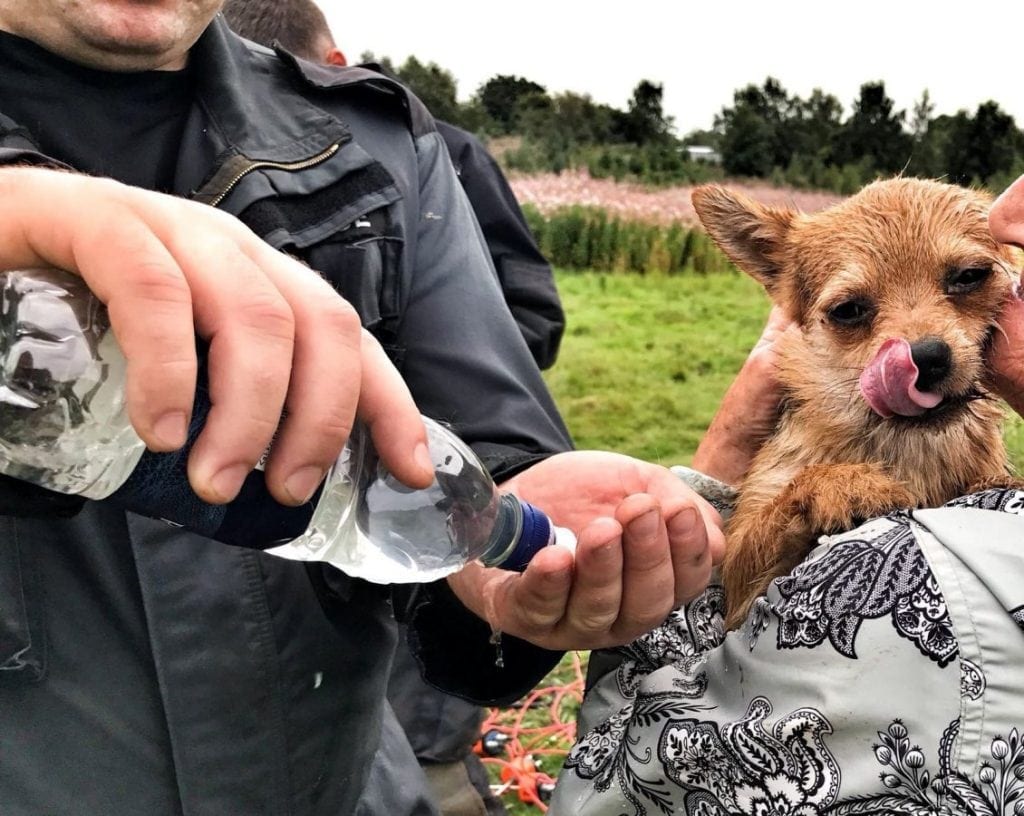 And this is not the first time that firefighters have stepped into an unusual animal rescue.

They used their skills of searching collapsed buildings to safely manoeuvre the two-tonne animal safely into the correct position for the operation.

Firefighters were needed again in East Kilbride in February 2016 when they teamed up with the farming community to battle challenging conditions and save the life of a horse.

They worked to free the animal, a female named Flash Dance – weighing 440 kilos – from two feet of mud at the bottom of a slope.

A nearby farmer’s JCB digger was used to scoop away six feet of mud – allowing firefighters to get underneath the animal.

They secured ropes around her body and hoist her clear – she was tired, cold and dirty but otherwise uninjured.