Street artist Sam Bates, known as Smug, has brought life to the city through his photorealistic works of art since moving to Glasgow from Sydney. 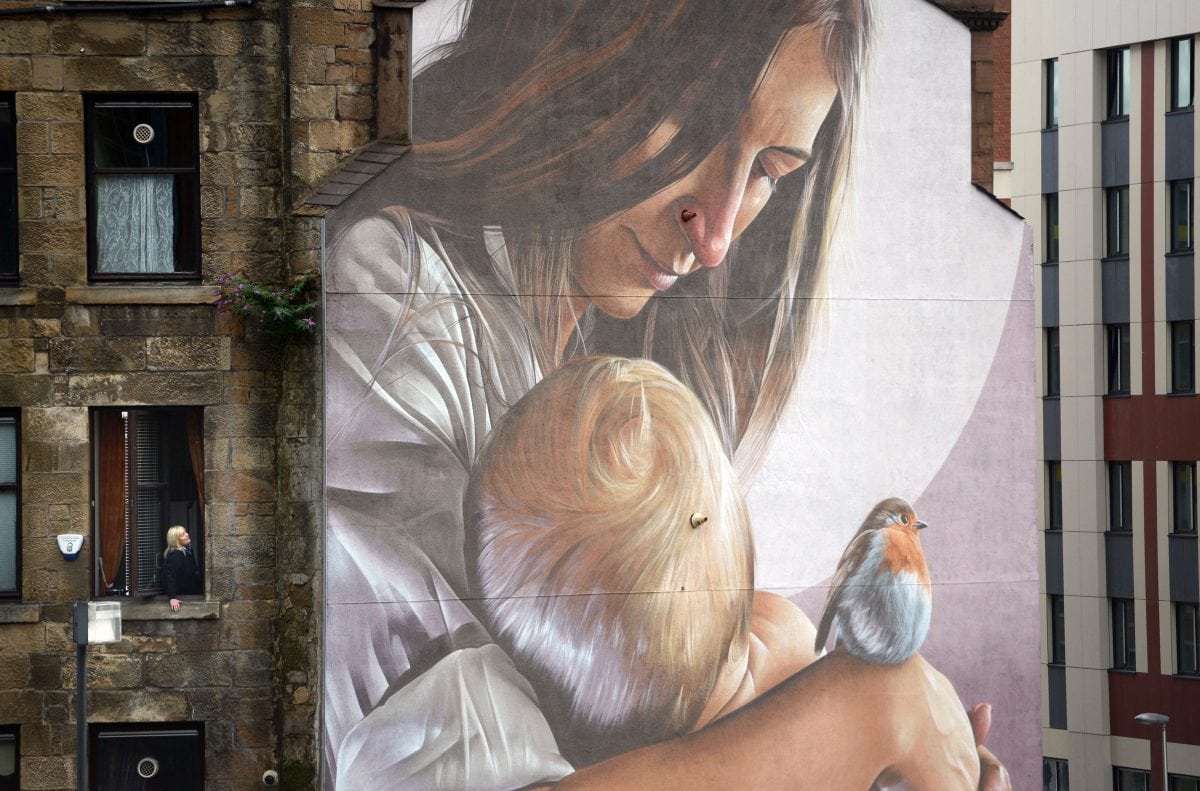 A giant mural depicting the patron saint of Glasgow by Australian street artist Smug has been unveiled.

Street artist Sam Bates, known as Smug, has brought life to the city through his photorealistic works of art since moving to Glasgow from Sydney. 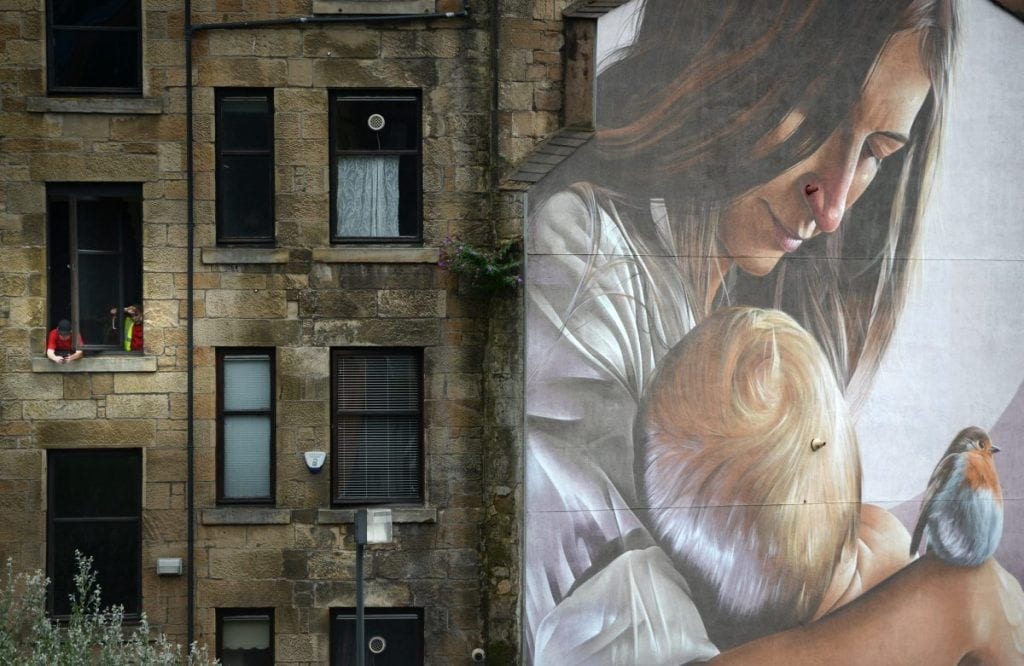 His most recent work has captured St Enoch holding her young son, Kentigern, known as St Mungo – the patron saint of Glasgow – on the corner of High Street and George Street.

The work is a companion piece to the existing modern-day St Mungo on High Street and Glasgow City Council spokesperson confirmed the name of the mural is untitled. 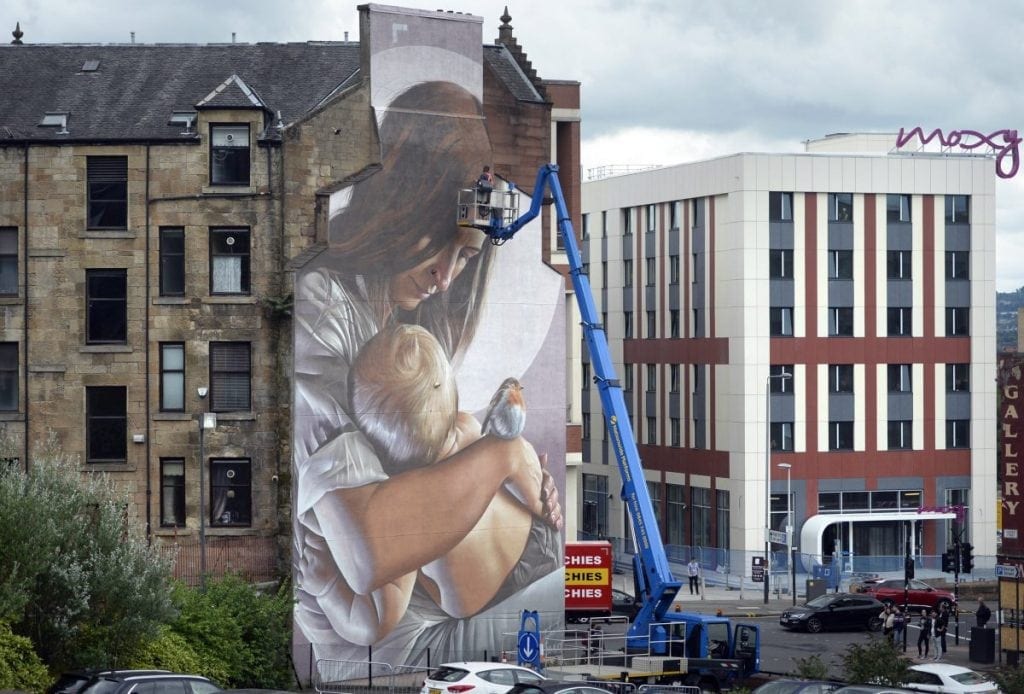 According to the Life of Saint Mungo written by the monk Jocelin of Furness, in about 1185, Mungo’s mother was outcast by her family after becoming pregnant.

The mother eventually settled in Culross, Fife, after being taken in by St Serf who ran a monastery. 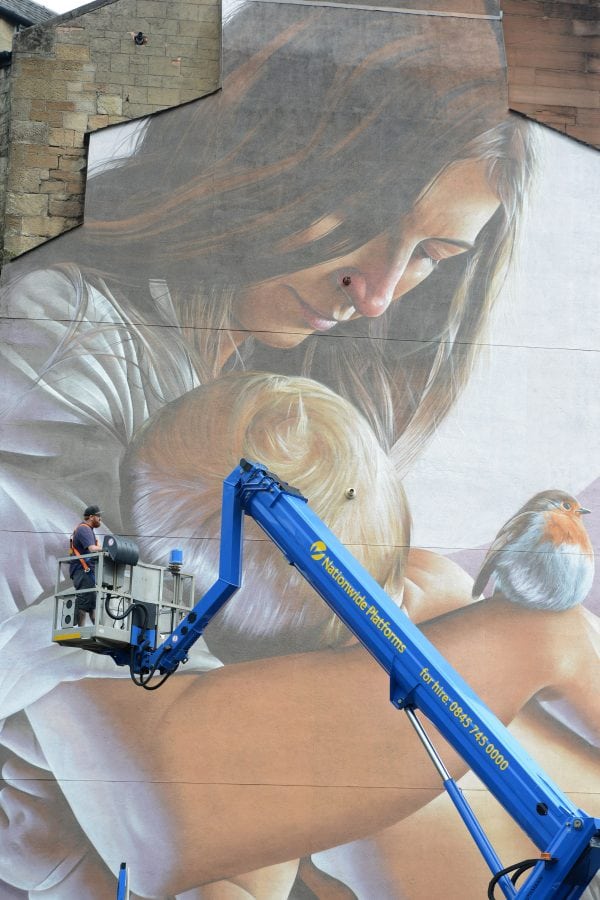 In his early years, St Mungo is said to have restored life to the pet robin of St Serf – featured in the mural – which had been killed by some of his fellow classmates in Culross.

The robin features in both of Smug’s murals. 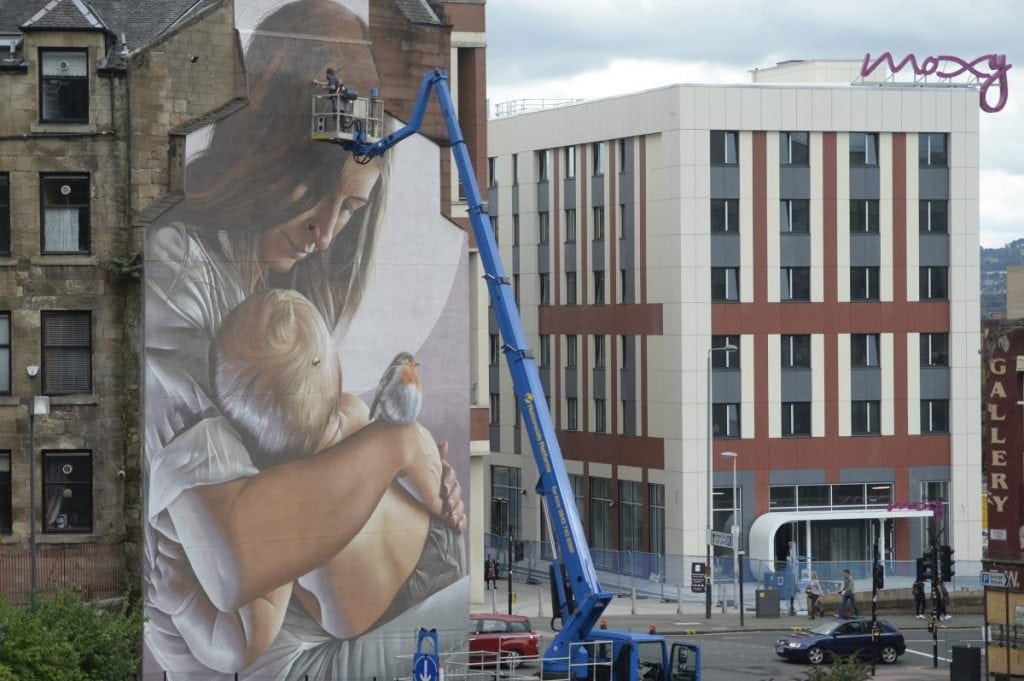 At 25, Mungo began his missionary work on the banks of the River Clyde, near where he built his church which forms part of the Glasgow Cathedral. 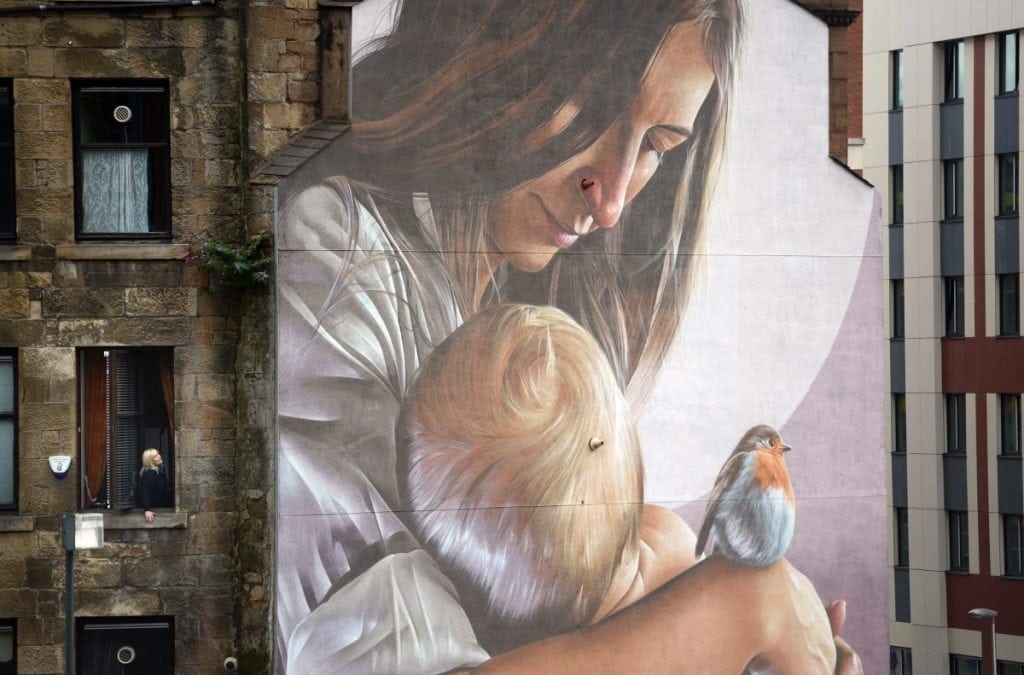 The world-renowned artist is said to have taken up graffiti-ing with a couple of friends as a teenager and found he was good at it quickly.