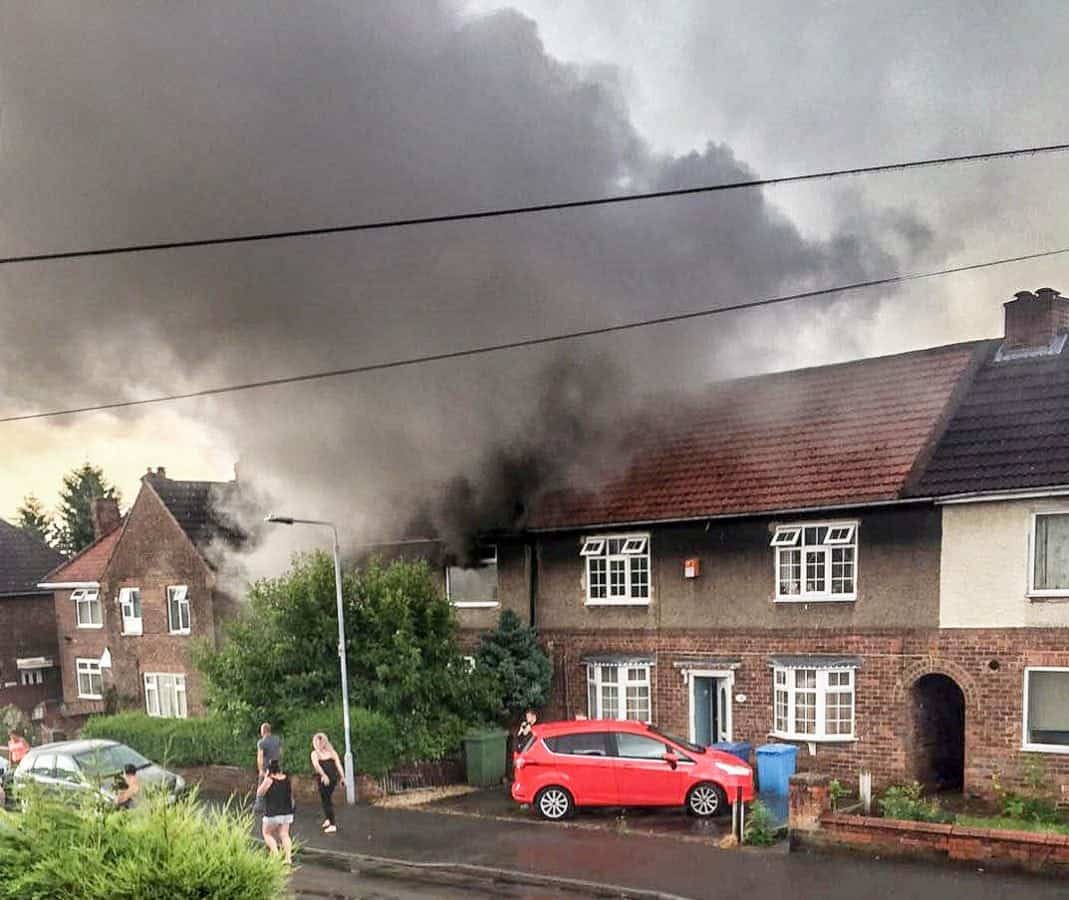 Firefighters are battling a house-blaze after it was struck by lightning this morning.

The property’s first floor was “well alight” as three fire crews scrambled to the scene at around 8am.

The fire in Langold, Notts., erupted amid reports of lightning strikes across the East Midlands this morning.

Firefighters are still at the scene while the fire service reports that occupants had closed a door where the fire started – allowing them to escape. 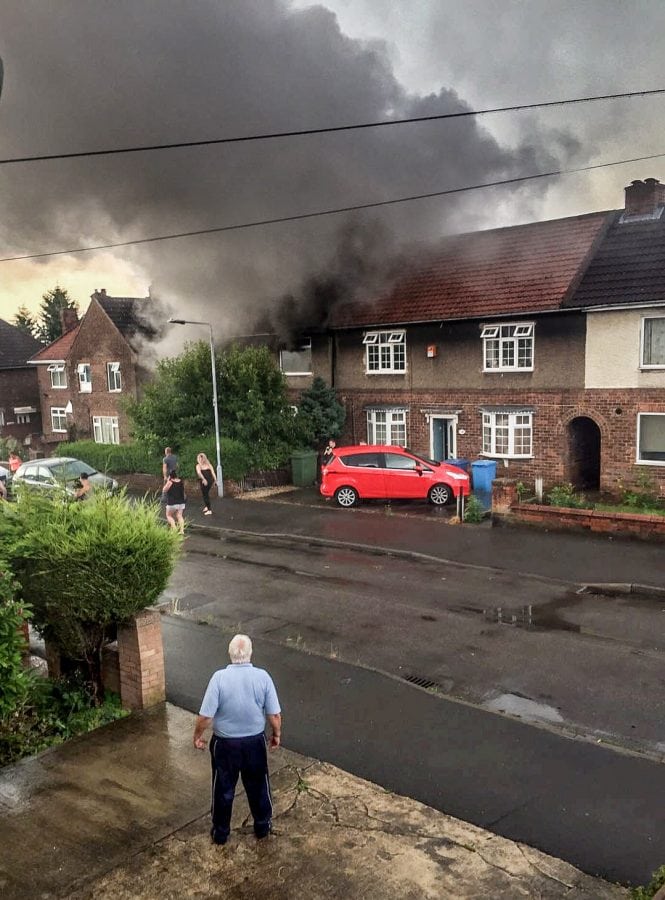 Nottinghamshire Fire and Rescue tweeted (SIC): “Crews from @HarworthFire and Worksop are still on the scene.

“Fortunately, the occupant had closed the door of the room where the fire started.

“This helped stop the spread of the fire and allowed them to get out.

“Always close doors in your home – it could save your life!”