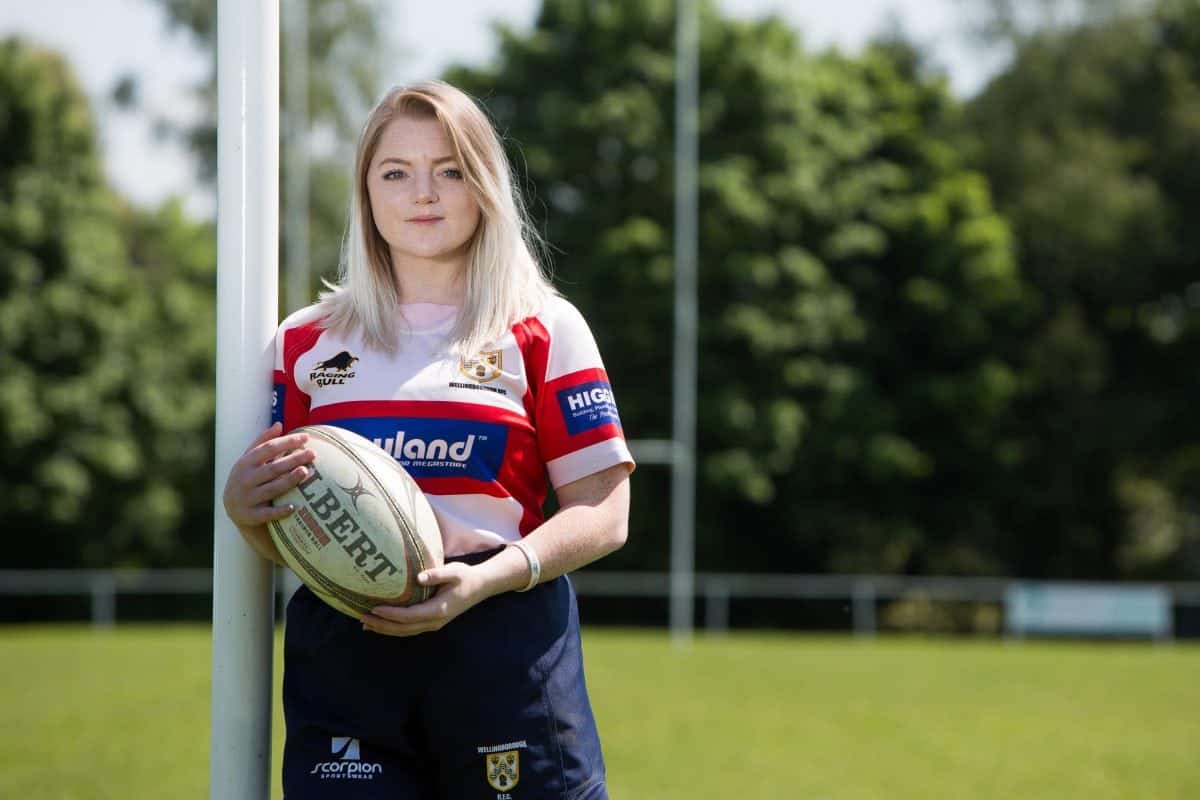 A young female rugby player has been given a bravery award for saving a mum and her children from a robber – by TACKLING him to the ground.

Jordyn Mavromatis, 22, was at a friend’s house when she spotted a thug snatch a handbag from a woman in the street.

Fearless Jordyn, a winger for her local rugby team, leapt into action and grabbed hold of the robber’s legs, knocking him to the ground.

The mugger, Daniel O’Boyle managed to scramble to his feet and make it to a car and was driven away by accomplice Elaine Garcia but they were caught nearby.

In February O’Boyle, 41, was jailed for 16 years for a string of robberies and an earlier incident of grievous bodily harm, while Garcia was jailed for 22 months. 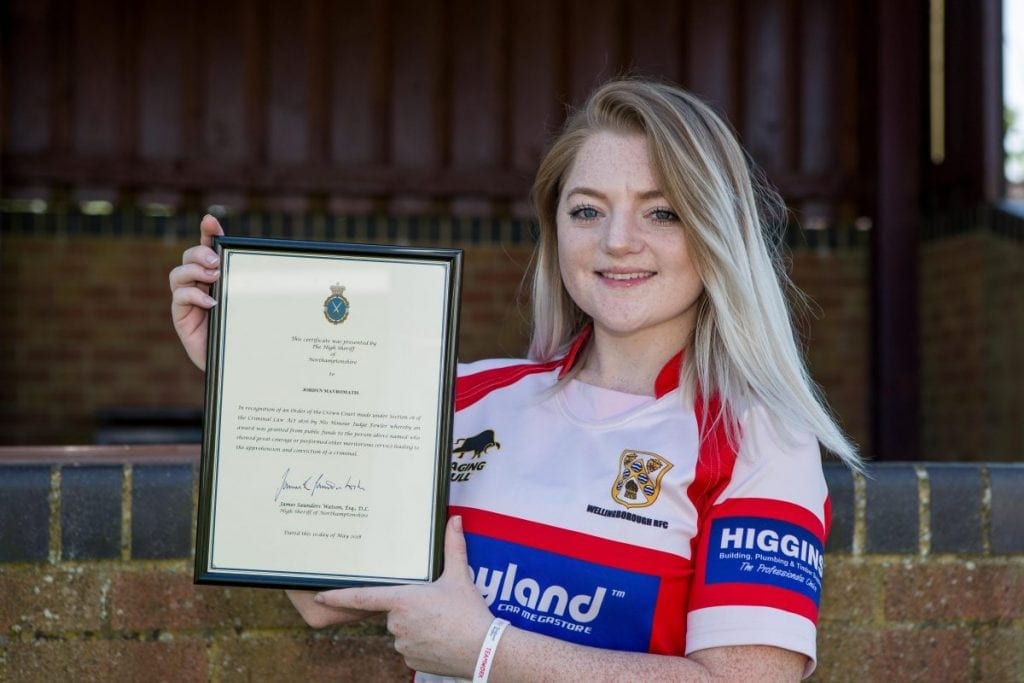 Earlier this month, Jordyn, of Wellinghborough, Northants., was presented with a High Sheriff Award and £750 for her actions.

“Unfortunately the offender managed to make his escape but that was in spite of Jordyn’s persistent efforts to detain him.

“As a result of her actions the horrifying experience of the victim and her children was brought to an early end.

“When dealing with criminal cases, we have the power to recommend to the High Sheriff the granting of rewards where we see individuals acting in a public spirited and
courageous way.

“Jordyn’s actions immediately stood out as requiring such a recommendation.

“She deserves to be proud of her actions.”

Jordyn leapt into action as she saw O’Boyle wrestling with the woman in Wellingborough on August 17 last year.

Jordyn said: “I had just walked into my friend’s house when I heard screaming from outside.

“I looked out the window and saw a man and woman fighting with two little kids around them.

“I ran outside to try and break it up but I saw blood on her face.

“The children were screaming that he was a robber.

“I asked the woman if she knew the man and she said no – he looked mad.

“I knew I had to stop him but the only way I knew how to stop someone so big was to
rugby tackle them.

“I bent down and charged at him and I pushed him and sent him flying across the road.

“He was massive and I just thought ‘go low, move your hands to the side and keep your fists closed’ so I just ran at him. 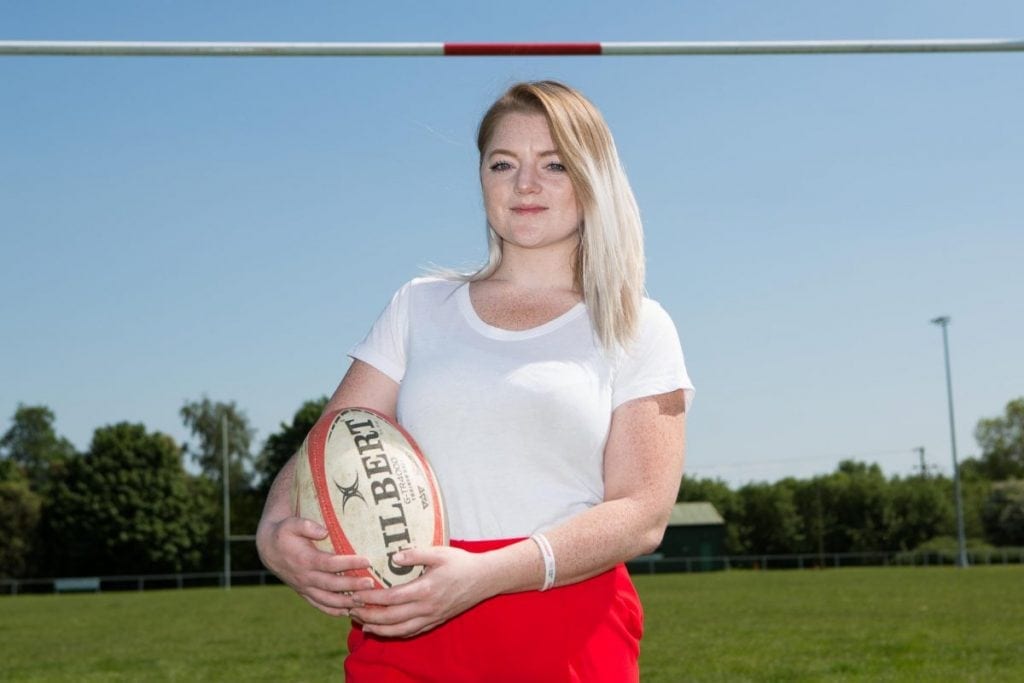 “The other neighbours came out to see what the commotion was about.

“Nobody had called the police yet, so I knocked on the closet door and got them to phone the police.

“I saw him trying to scramble up to his feet so I sprinted towards the car to get the keys.

“But he had already caught up and he was trying to get into the car.

“I already had one leg in but he pulled me back and he got in and managed to escape. 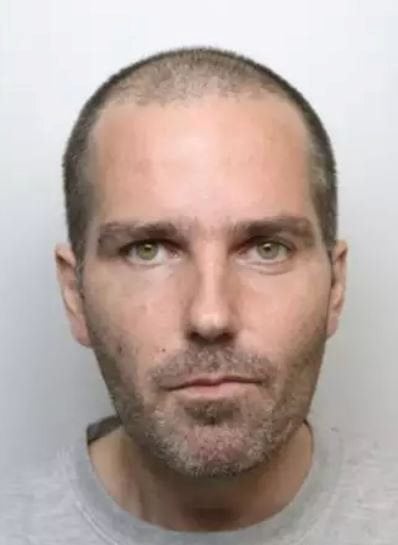 “It all happened pretty fast.

“After everything was over – I spent 10 to 20 minutes checking to see if the woman and the children were ok.”

Jordyn, who is originally from Zimbabwe moved to the UK five years ago and now works as an insurance broker.

She added: “It’s weird really I don’t consider myself a hero.

“I know it was a dangerous situation because who knows he could’ve had a knife.

“I’m just so glad my rugby training kicked in. I just saw him as a target to get down and did what I had to do.”