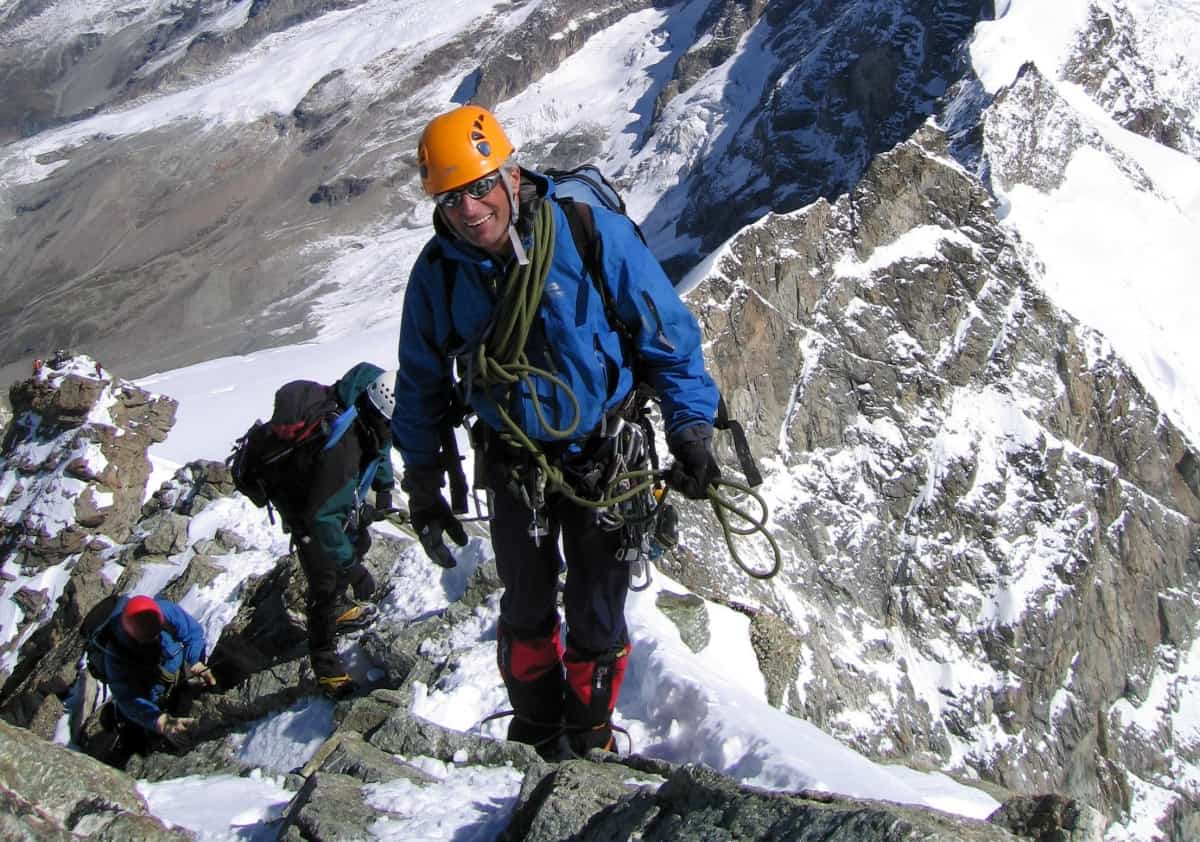 An experienced climber who ran a mountaineering company in the Highlands was killed in an avalanche on an unscaled peak in the Himalayas.

Martin Moran, 64, died alongside six clients and an Indian tour guide on Nanda Devi East, after an avalanche.

Mr Moran’s death was confirmed today (Mon) by the British Association of Mountain Guides, of which he had been a member for 34 years.

His body is still missing.

Seven other bodies had already been recovered from an altitude of more than 5,000m (16,400ft), last month.

Britons John McLaren, Rupert Whewell and Richard Payne, are reported to have been killed, along with Indian guide Chetan Pandey.

Mr Moran had been leading the group when contact was lost on May 26.

The seven bodies were spotted by rescue teams on June 3, but a mission was launched to recover them on June 14.

In a tribute, friends of Mr Moran from the British Association of Mountain Guides described him as “the very embodiment of a British and International Mountain Guide, highly respected and a consummate professional”.

The dad-of-two was born in North Tyneside and met his wife, Joy, when they were 18.

Mr Moran studied Geography at the University of Cambridge, and later became an accountant, living in Sheffield, South Yorks.

In the winter of 1984 and early 1985 he completed all the Munros in Scotland in a single round, and later that year qualified as a British Mountain Guide.

The couple upped sticks to Lochcarron in the North West Highlands and started a mountaineering instruction and guiding business, Moran Mountain, known as one of Britain’s most experienced mountain adventure companies.

For 20 years Mr Moran organised expeditions to the Alps, and in the summer of 1993 he climbed all of the 4,000m peaks (self-propelled) in the mountain range, with Simon Jenkins.

In 1992 he started taking clients on mountaineering expeditions to the Indian Himalaya, and in 2005 expanded his remit to mountaineering courses in Norway.

In 2009 Mr Moran attempted Nanda Devi East with clients and returned to try a new route on the same mountain in 2015, reaching 6,865m on the unclimbed North East Ridge.

Regarding the tragic Himalayas events, a spokesman for the British Association of Mountain Guides said: “Our memories of Martin will linger long and we will always remember him as the consummate professional, a companion with whom great mountain days were shared and a true friend and colleague.

“May he rest in peace among the high places that he loved so much.

“Closer to home, Martin has climbed over a hundred high standard new winter routes in Scotland and authored a total of six books.

“He has been an active, full member of the British Mountain Guides for 34 years, once holding the post of Treasurer and participating fully in training events, passing on his valuable experiences and knowledge to others.

“Martin and Joy have two grown up children, Alex and Hazel.

“We will all miss him so very much.”