Carousel London plans to host a selection of chefs from around the world for this year’s summer programme of guest residencies. 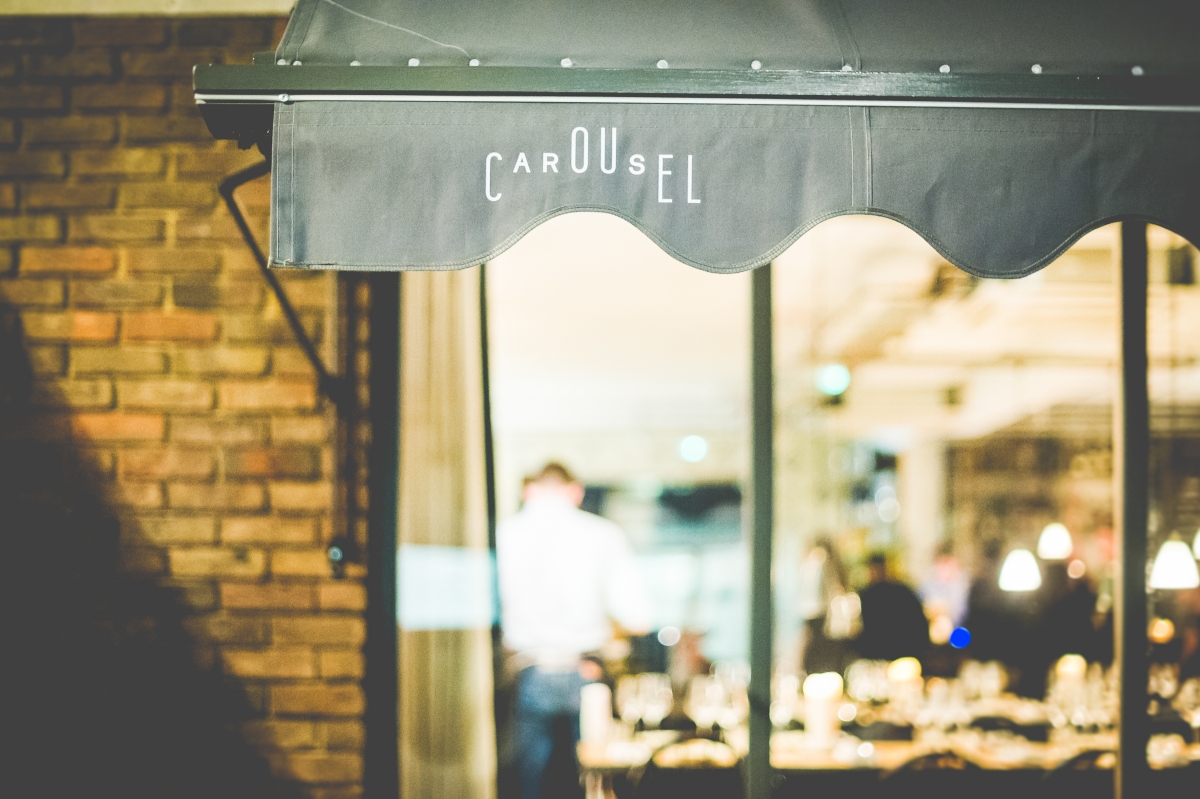 “We’re really excited about the summer,” explains Ed Templeton – one of the four cousins behind Carousel, a revolving cultural hub in Marylebone. “The produce we’re getting in at the moment from local suppliers is some of the best we’ve seen, and then there’s the line-up of chefs we’re collaborating with.”

Since launching in 2014, Carousel has become renowned for its carefully curated line-up of guest chef residencies, art exhibitions, workshops, experiences, events and impressive lunches. Running until September, the space has launched a summer programme for this year, featuring an assortment of chefs from around the world to bring their cooking to London. In a run of shortguest chef residencies, these chefs serve a menu showcasing their technique and signature style while using seasonal ingredients available in the UK, aided by Carousel head chef Ollie Templeton.

From the upcoming schedule of guest residencies, highlights include the likes of Flynn McGarry, who opened his first restaurant in New York aged eighteen; and Marco Baccannelli and Francesca Barreca, the couple behind Mazzo in Rome. Meanwhile, residencieshaving already taken place this year have included London’s Chet Sharma, Barcelona-based Pablo Lagrange, and Yuji Tani of HOUSE in Tokyo.

“My English is not so good,” announced chef Yuji Tani during a recent dinner, before briefly chatting about his restaurant and style, when asked to address the room of communal tables shortly before service. The language barrier doesn’t matter, however. It’s the universal appeal of the chef’s cooking that really counts, producing exquisite dishes which seamlessly marry pronounced Japanese and French influences. Following the success of HOUSE in Tokyo’s Nishiazabu neighbourhood, championing small-scale producers from around Japan, Tani will open HOUSE NYC in the near future.

Available with a considered sake pairing (or with wines from Carousel’s extensive list with a focus on organic and biodynamic wines), Yuji Tani’s seven-course tasting menu began with a pretty dish harbouring an asparagus spear, just cooked and smattered with a soil of desiccated pistachio nuts, finished with a blob of white miso sauce lifted with a suggestion of passion fruit. A simple dish that vaunted an impressive balance of both flavours and textures. Next, a mackerel tartare was delicately topped with kale and rocket leaves, with the oily fish announcing its presence, slightly restrained by a suggestion of orange and ginger.

A coin of tortilla provided one of the meal’s resounding highlights, crowned with charred sweet corn and smattered with fistfuls of ricotta and grated parmesan. Deeply comforting but still elegant and fittingly refined. A tranche of grilled turbot, on the other hand, showcased exceptional cooking, paired with a puree of charred edamame.

Dinner’s only disappointment came with a dish of lamb loin. Cloaked with a wrapper of kale, the meat tasted as though cooking sous vide before being plunged into the rich, otherwise enjoyable, almond sauce. Again, the flavours were well-executed, yet as the loin slipped around my mouth I couldn’t help but feel as though I was engaging in a passionate kiss with a farmyard animal.

Far better was a mound of rice embellished with teriyaki foie gras, joined by a whisper of cucumber and pickles, each balancing the fatty liver’s decadence without stripping it of its glorious insalubriousness. A pleasant surprise came with the dessert of salt ice cream, finished with crumbled buckwheat cookies, which boasted nuances of dairy fat amplified with salt, not unlike slightly sweetened butter. A good thing, of course, providing one final glimmer of the chef’s artful cooking that pays particular attention to the fine craftsmanship synonymous with Japan.

On the residencies yet to take place throughout Carousel’s summer series, Ed Templeton said: “First up there’s Emme Prieto, who as well as being one of the smiliest people we’ve cooked with so far is also a super talented chef with a serious way with traditional Mexican flavours. His roving Mesa Nomada project is well worth checking out.”

“Emme is followed by Californian Kevin O’Connor who has one of the most enviable gigs going as ‘chef at large’ (AKA ‘lucky bastard’) of olive oil producers, Cobram Estate. He travels between their olive groves in California and Australia, cooking over fire out in the wild to show off their single origin varietals.

“Fellow American Flynn McGarry’s debut restaurant, Gem, received rave reviews from the NY Times (Pete Wells called him a “boy wonder”) but at just nineteen years old he already has experience at Eleven Madison Park and Geranium under his belt. Oh, and a documentary that premiered at Sundance.

“Completing the line-up we have Marco Baccannelli and Francesca Barreca of cult Roman restaurant, Mazzo. They’re currently on a world tour, bringing their soulful take on traditional Roman recipes to hungry people like us in Paris, Berlin, Copenhagen, Taipei, Tokyo and Bangkok. Their ‘rigatoni alla carbonara’ is genuinely life changing (and not just because of the cholesterol).”

Further information on Carousel London and the venue’s upcoming guest chef dinners can be found here.