Officers placed four cones around the flip-flop as they tried to track down the Ford Fiesta driver who hot-footed it. 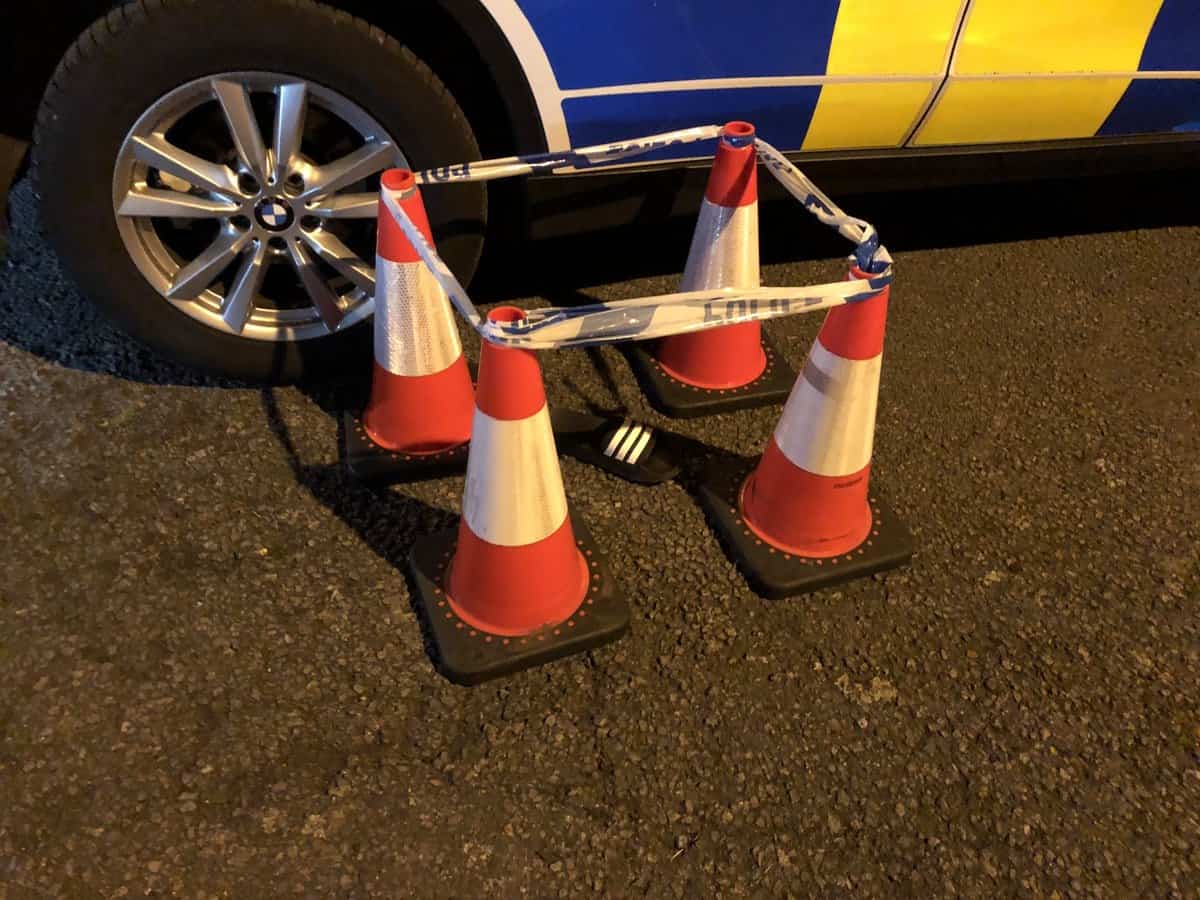 A flip-flop has been cordoned off as police attempt to track down a driver who failed to stop.

Officers from Derbyshire Police surrounded the “slider” shoe with four cones and police tape after the suspect fled the scene in the early hours of Monday morning.

The Ford Fiesta driver failed to stop for police in Clay Cross, Derbyshire, and the force’s armed policing unit said he then “legged it”.

Clay Cross : Fiesta fails to stop and driver legs it, leaving behind his flip flops. Despite best efforts and assistance from @DerbysDogPolice he got away, but left ID and mobile phone in car. @DerbyshireRPU turned up to “assist”…Inc 43 of 8/7/19 refers ring 101 if any info. pic.twitter.com/AWH9lC0HPC

The force said as well as leaving the flip-flop behind, the suspect had left his ID and mobile phone in the car.

In a tweet, the force’s armed policing unit said they were assisted by a dog unit and the roads policing unit.

Derbyshire roads policing unit responded to the tweet with a picture of the flip-flop and poked fun at their colleagues, saying: “Proper collision scene management is not to be sniffed at.