"What the f*ck is this country actually about?" Said one very angry person. 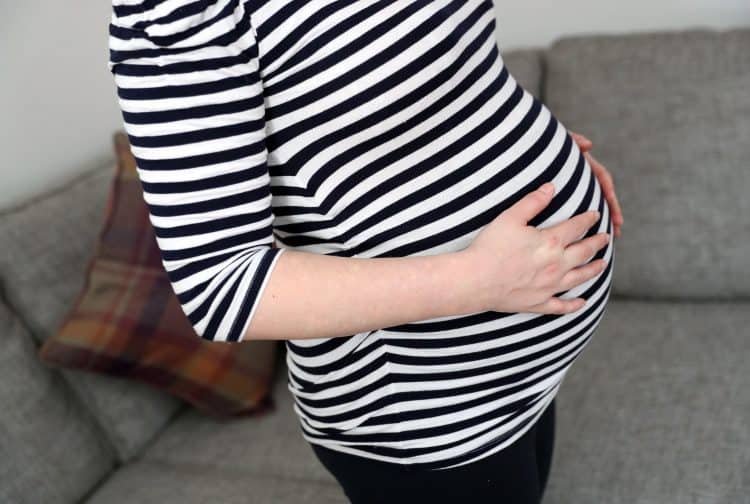 Campaigners are outraged after official NHS advice for pregnant women said they should make their partners a “special meal” so they don’t feel “overlooked”.

The guidance for mums-to-be on the online guide says at 22 weeks in it’s a “good week to make a fuss of your partner” who might get “a bit overlooked”.

It suggests cooking a special meal – and includes a link to recipes for fruit crumble, fish and chips and curry, among others.

Guidelines also state pregnant women who are in pain should “get help with household chores from your partner, family and friends”.

Joeli Brearley, a maternity discrimination advocate shared her fury over the advice which she says perpetuates negative gender stereotypes.

Thousands of others online agreed, saying the advice made their “jaw drop”, with another adding: “Did we just timehop to the 1950s?”

Mum-of-two Joeli, from York, who founded campaign group ‘Pregnant and Screwed’ in 2015 said in an Instagram post: “The first says that pregnant women with pelvic floor pain should get ‘help’ from their partner suggesting that the housework is a woman’s responsibility.

“Yes, we know that women do 60% more of the domestic labour (including almost three times the caring) so it is likely that most women will have to ask for help, but phrasing it this way only entrenches & perpetuates that gender stereotype, thereby ensuring women continue to do the lion’s share of the housework.

“Also, many dads and partners don’t want to be reduced to a ‘helper;’ they want to be equal partners in the raising of their kids.

“Wouldn’t it be better to say: ‘if you don’t have a partner who can do the housework, then ask for support from family and friends.’

The second slide made me actually gasp.

“This is generic advice for pregnant women, again on the @nhsengland website, which suggests they should make their partner a fancy meal to ensure they don’t feel left out!

“If your partner feels ‘overlooked’ because you’re pregnant, then they might want to consider paying for their own counselling.”

The advice about household chores is on the NHS website, in a page about pelvic pain in pregnancy, listing coping tips.

The second post about “making a fuss of your partner” during pregnancy by cooking them something special comes from week 22 of NHS’s Start4Life week-by-week guide to pregnancy.

It says: “This could be a good week to make a fuss of your partner.

“Partners can get a bit overlooked sometimes – to be fair, they’re not lugging a baby around in their belly, but they may be feeling nervous and not sure how they fit into the picture.

“Could you try cooking a special meal? Here are some tasty recipes you could try.”

Hundreds of people supported her outrage.

One wrote: “I couldn’t enter the kitchen for most of my pregnancy for fear of throwing up.

“Not sure how I would’ve managed to cook a ”fancy meal.”

Another remarked: “Well, that’s written and approved by a panel of men.”

A third questioned: “What the f*ck is this country actually about?”