In a speech to the Trade Union Congress, Sir Keir outlined Labour's "new deal" for workers. 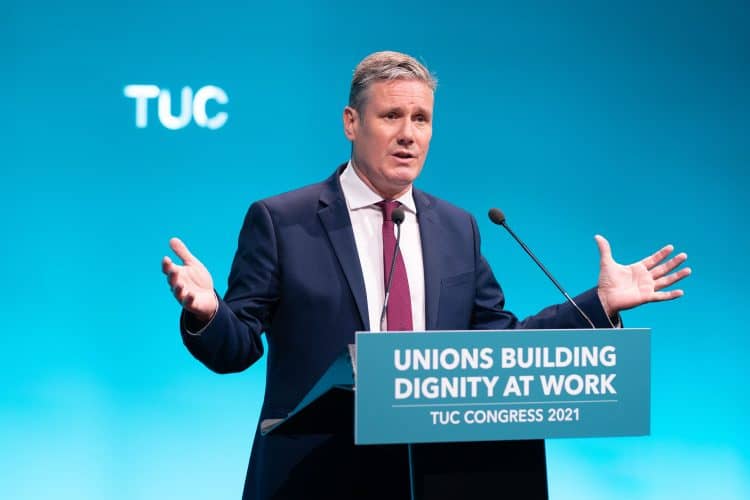 In a major speech, the Labour leader attacked Boris Johnson’s decision to hike National Insurance, saying the Tories were “raising taxes on working families” as he sought to win back voters who deserted Labour for the Conservatives in 2019.

Sir Keir acknowledged the “uncomfortable truth” that in the face of Johnson’s landslide majority it was difficult to force changes in government policy from the opposition benches.

The address, to a TUC conference being held online due to the Covid-19 pandemic, comes at a crucial time for Sir Keir ahead of his first in-person Labour conference as leader later in September.

In a speech which drew heavily on his personal experience as the son of a toolmaker, Sir Keir said his father worked from 8am to 5pm, came home for tea and then went back to work from 6pm until 10pm “to provide for our family”.

“The starting point is a job to raise a family on,” he said. “That means a real living wage”.

He restated Labour’s commitment to increase the minimum wage to £10 an hour.

This is genuinely very welcome. More of this, please! https://t.co/ZaGVMufhXF