"Prince Charles and the duchy of Cornwall should be ashamed of the monstrosity that they have created," said one person online 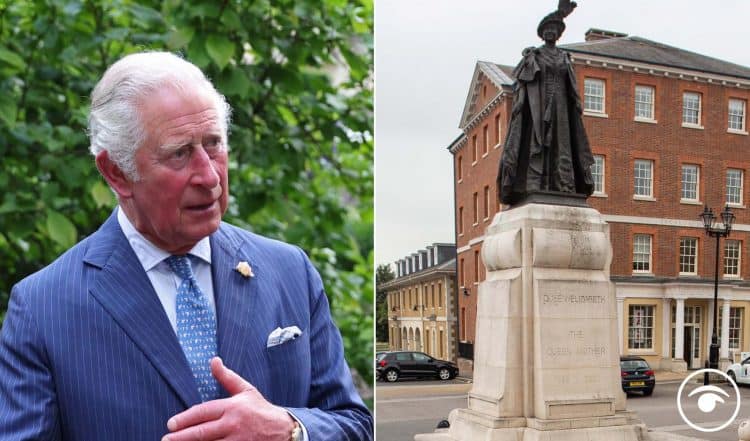 Prince Charles’ ‘perfect’ village of Poundbury is a ‘dangerous minefield’ for motorists – who are confused whether a statue of the QUEEN MUM is or isn’t a roundabout, locals are claiming.

The Poundbury estate on the outskirts of Dorchester was built on the Duchy’s land – and designed to be a ‘new approach’ to town planning.

it was created ”according to the principles of Prince Charles” who is known for strong views challenging post-war urban expansion.

But some locals say driving there is a ”minefield” and a ”free for all” with particular confusion caused by a statue of the Queen Mother.

Local motorists and driving instructors say they don’t know whether the memorial installed in 2016 is a roundabout – or not.

Residents say they don’t know the right way to approach certain parts of the estate – particularly the bronze and concrete statue.

Drivers say road signs suggest it is a roundabout – but others say they think the arrows are only designed to direct traffic.

Commenting on the debate online, one person said: “Not sure if the Queen Mother is a roundabout or a junction?!”

Another said: “Poundbury is a strange concept, borrowed from communities that are usually built up round social changes and vernacular styles that change over the generations.

“The older end is beginning to mellow somewhat, but Queen Mother Square is pretentious, contrived and badly designed.”

A third added: “Lots of vehicles parked but many people don’t seem to know where to drive.”

A fourth said: “Statue of the queen mother looks from all angles as if she has a bird on her head. Parking is chaotic.”

A firth said: “The only good thing about queen mother square is the statue of the good lady herself.

“It’s huge, it’s busy, totally out of keeping with the local Dorset countryside.

”Prince Charles and the duchy of Cornwall should be ashamed of the monstrosity that they have created.”

He said: ”It’s designed to slow down traffic but it doesn’t work.

”You could be driving up through there and somebody could just stop right in front of you because they don’t know what they’re doing – it’s a minefield.

“I said somebody will get killed here and somebody actually did – it happened in Poundbury, just around the corner from the statue.

“It is not any type of roundabout. The actual Queen Mother Statue is a free for all – nobody has priority over anybody else.”

Mr Stocke said according to the Highway Code it isn’t a roundabout but ”people look at the direction signs and automatically think it’s a roundabout”.

He added that ”legally, it’s not a roundabout but I always instructed my pupils to act as if it was, just for safety”.

In a statement, a Dorset Council spokesman said: “Queen Mother Square, Poundbury has been designed and constructed in accordance with the Poundbury Masterplan and Planning Permission granted in October 1999.

“The area itself has not yet been adopted as highway maintainable at the public expense; however, Dorset Council has worked closely with the Duchy of Cornwall in relation to its detailed design and layout.

“The central statue within the square is signed on all approaches with directional arrows to denote the direction in which vehicles should travel around the feature (a blue circle with white arrow).

“In accordance with the Traffic Signs Regulations and General Directions 2016, these signs are regulatory signs and as such all vehicles are required to comply with them.”

One comment online the road layout is working as it makes ‘everybody be a lot more careful and considerate’.