A convicted murderer has received tens of thousands of pounds from a police force following a botched investigation into the killing of a promising football star. Levi Walker was one of four men originally found guilty of the “execution-style” murder of Kevin Nunes. Nunes, who had been on the books of Tottenham Hotspur, was found […] 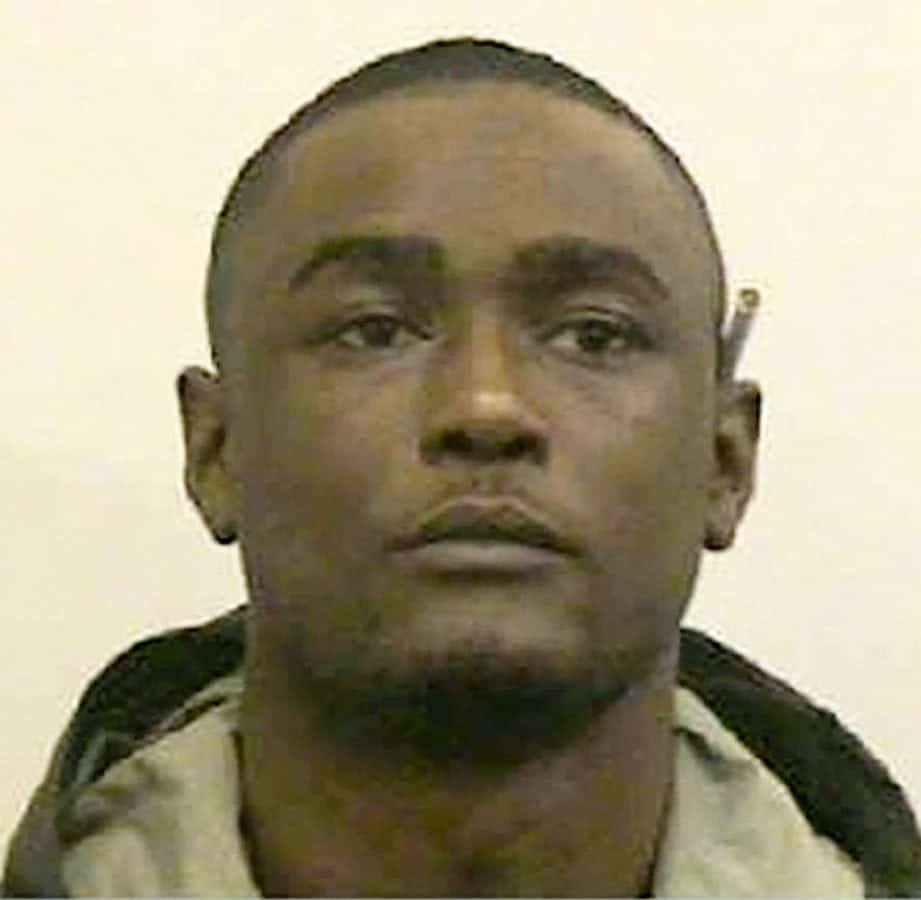 Antonio Christie. Damages worth £200,000 have been paid to two men jailed over the botched Kevin Nunes murder investigation – including one serving a life sentence for the separate slaying of a soldier. See NTI story NTIKILLER. Staffordshire Police has settled out of court with Antonio Christie and Levi Walker who were suing the force after the Court of Appeal overturned their convictions for the gangland killing. One of the men has received a staggering £150,000 while the other has been paid £50,000. Christie, of Great Bridge, and Walker, of Edgbaston, were part of a gang of five convicted of killing amateur footballer-turned-drug dealer Kevin Nunes in Pattingham in 2002. They were handed life prison sentences in 2008 after being found guilty of murder but had their convictions quashed in 2012 when serious failings and wrongdoing by Staffordshire police officers came to light. Walker is serving a minimum 30-year prison sentence for the separate murder of Trooper Narel Sharpe in Smethwick in 2004. He was convicted for that killing in 2006.

A convicted murderer has received tens of thousands of pounds from a police force following a botched investigation into the killing of a promising football star.

Levi Walker was one of four men originally found guilty of the “execution-style” murder of Kevin Nunes.

Nunes, who had been on the books of Tottenham Hotspur, was found dead in a country lane in Pattingham, Staffs., on September 19, 2002.

The 20-year-old had been savagely beaten and shot five times.

Five suspects were jailed for a total of 135 years but were cleared by the Court of
Appeal after a damning report exposed a catalogue of blunders by Staffordshire Police.

The force has now confirmed it has paid out £200,000 in an out-of-court settlement to two of the suspects, Walker and Antonio Christie, both 36, after they sued the force.

Walker is currently serving life in prison – with a minimum 30-year tariff – for the brutal murder of Trooper Narel Sharpe, in Sandwell, West Mids., in 2004.

The police refuse to say who received what amount of payout.

He said: “The public will be appalled that their money has ended up in the hands of a murderer because of the disgraceful way this case was handled.”

Walker and Christie were convicted along with Owen Crooks, Adam Joof and Michael Osbourne at Leicester Crown Court in 2008 before being cleared in March 2012.

After the trial it emerged concerns over the credibility of the key prosecution witness Simeon Taylor were not disclosed to the defence.

Mr Taylor claimed to have seen the killing having driven the car which took Mr Nunes
to his death.

But a whistleblower revealed a detective handling the key witness was involved in an “intimate” affair with a disclosure officer.

Complaints made by Mr Taylor concerning his treatment while in witness protection were also “put on ice.”

And a senior detective believed there was an “at any cost” culture within Staffordshire Police to ensure he gave evidence in the case.

The report, which is believed to have cost taxpayers in the region of £7 million, outlines failings by detectives that led to the murder convictions.

Apart from one officer receiving ‘management advice’ not one other officer has faced disciplinary action despite recommendations to the contrary.