A builder who was paralysed in a 30ft horror fall on a site can now go for a stroll around the park – thanks to his £50,000 robot legs. Gheorghe Dunca was left paralysed from the waist down, after he fell nine metres from the first floor of a building while working as a labourer […] 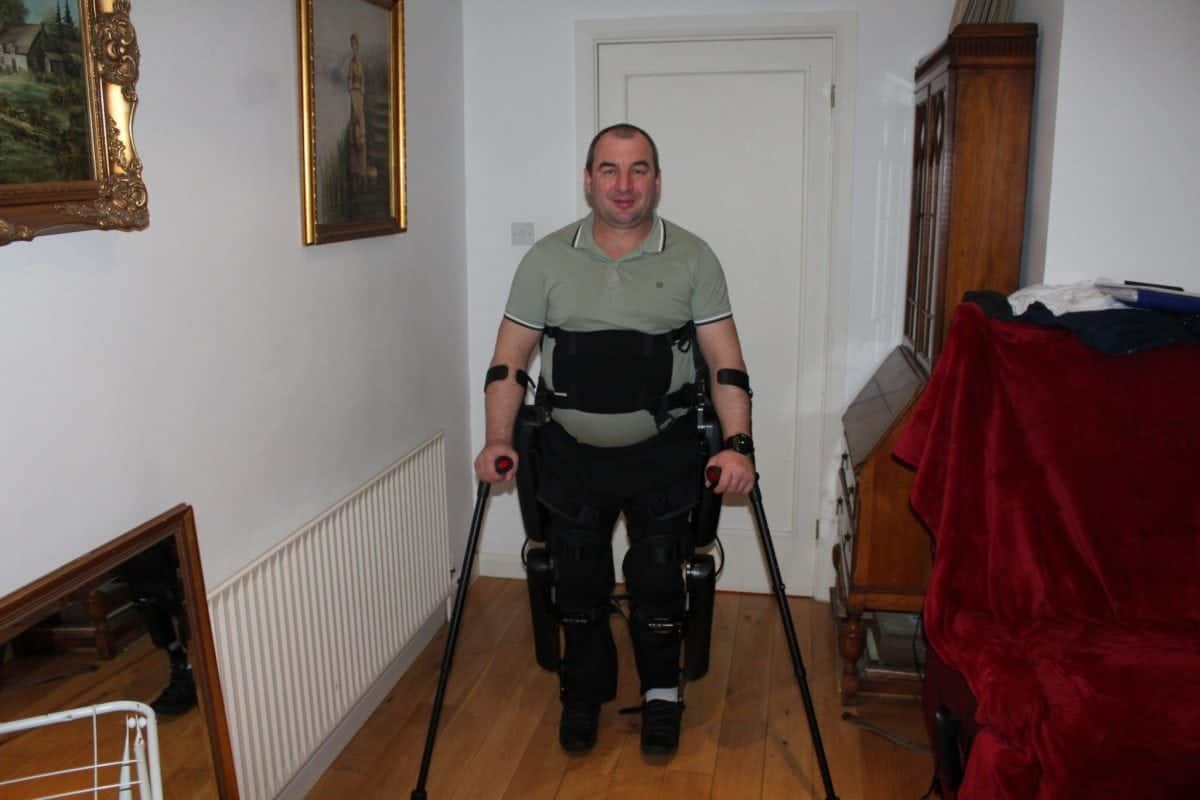 A builder who was paralysed in a 30ft horror fall on a site can now go for a stroll around the park – thanks to his £50,000 robot legs.

Gheorghe Dunca was left paralysed from the waist down, after he fell nine metres from the first floor of a building while working as a labourer in 2011.

But now the 42-year-old has secured enough compensation to use £50,000 exo-skeleton legs for the next 20 years – because they need to be replaced every five years.

Gheorghe said he was “devastated”, as he loved travelling and had always had a physical job, but was told he would be in a wheelchair for the rest of his life.

But lawyers helped him secure an interim payment from his former employers, Habitat Developments Ltd, to buy a robotic suit.

In January this year the case was settled, and the firm will fund the ‘ReWalk’ exoskeleton until he is 60 years old.

There are also costs for the training and upkeep of the suit, and the carers he needs to help him.

Gheorghe, of Bromley, south east London, is now able to go for a stroll around his local park, and says it is difficult to explain how much the gadget has changed his life.

The suit is a wearable robotic exoskeleton that provides powered hip and knee motion to enable people with spinal cord injuries to stand upright, walk, turn, and climb stairs.

The motorised device has a battery-powered system which controls movement using subtle changes in the user’s centre of gravity, and mimics the natural gait of the legs.

Gheorghe discovered the ReWalk, which features wearable brace support, a computer-based control system and motion sensors, after struggling to come to terms with his disability.

He always insisted he would one day be able to walk again.

Now having secured the funding, Gheorghe can be helped into the suit by his brother Teodore and out of the door within five minutes, and uses it most days.

Gheorghe, who came to the UK from Romania in 2007, said: “When I found out that I would be unable to walk and in a wheelchair for the rest of my life, I was devastated.

“I’d always loved travelling and I had a physical job. The accident took that all away from me.

“Getting my own ReWalk has absolutely changed my life again, it’s given me hope for the future and some of my freedom back.

“I can walk about 1.5km in an hour-and-a- half and I’m improving all the time. I feel happy and normal again when I use ReWalk.

“You might take it for granted but being able to simply walk around the park is an amazing experience after having to use a wheelchair.

“As I become more experienced using it, I’m looking forward to seeing where my new legs will take me.”

Chani Dhaliwal, the specialist serious injury lawyer at Irwin Mitchell who helped him secure the money, said: “Technology can play a vital role in the lives of people with disability but it is constantly changing and improving. “The process of a legal case following an injury is to try as much as possible to return the injured person to their original lifestyle and while an exoskeleton suit may not be appropriate for everyone, it uses cutting edge technology which has been integral to improving Gheorghe’s quality of life and independence.

“Although nothing can turn back the clock and undo Gheorge’s injuries, we’re glad that the funding that we were able to help secure for him has gone a long way to helping him get the rehabilitation and private care he needs to get his life back on track, as much as it is possible.”