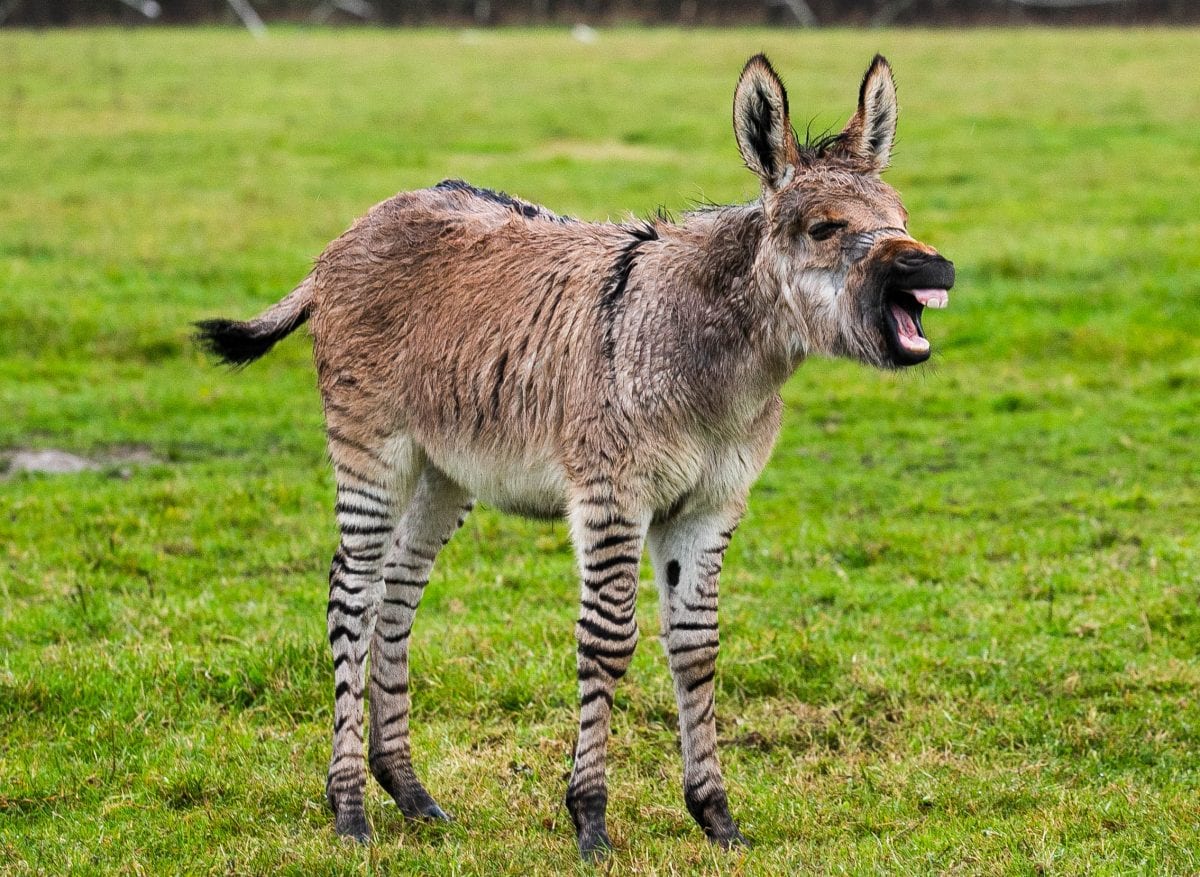 Meet Britain’s second ever Zonkey – an adorable cross between a zebra and a donkey.

His mother Ziggy, a six-year-old zebra, was bought for £10,000 from Germany and shares the fields with nine donkeys.

Despite desperately wanting Ziggy becoming a mother, Kristine gave up hope years ago – until Rag, a four-year-old donkey, showed interest.

There is thought to be only one other zonkey in Britain, called Zambi, which lives on a donkey sanctuary in Shropshire.

Mum-of-two Kristine, 39, said: “I’ve always wanted it to happen but a few years ago I gave up hoping.

“Raj and Ziggy have been on the farm for years

“Ziggy has always been a bit porky so I didn’t notice she was getting any bigger.

“It was a complete surprise. 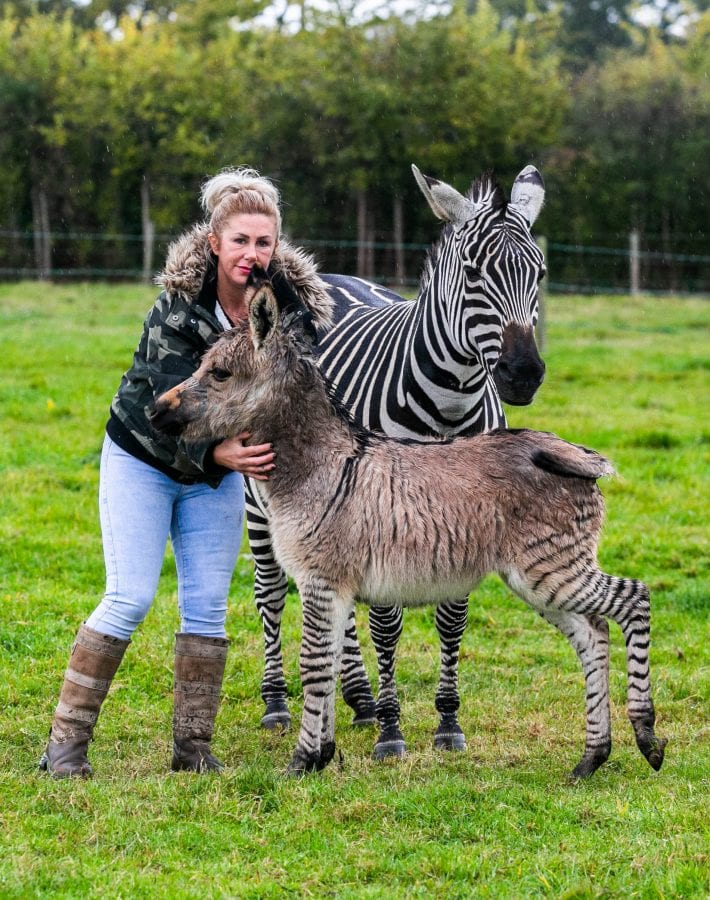 “Last month I opened my bedroom curtains, which look onto the farm, and I just saw this little foal sitting up staring my way.

“I was in complete shock.

“I ran downstairs in my PJs, put a coat on and went over to see him.

“He seemed like a right little character and has had a personality from day one.

“He’s half a wild animal so he’ll nip and kick me a tiny bit but in a cheeky way. Then he’ll dash off. He has quite a fitting name really. 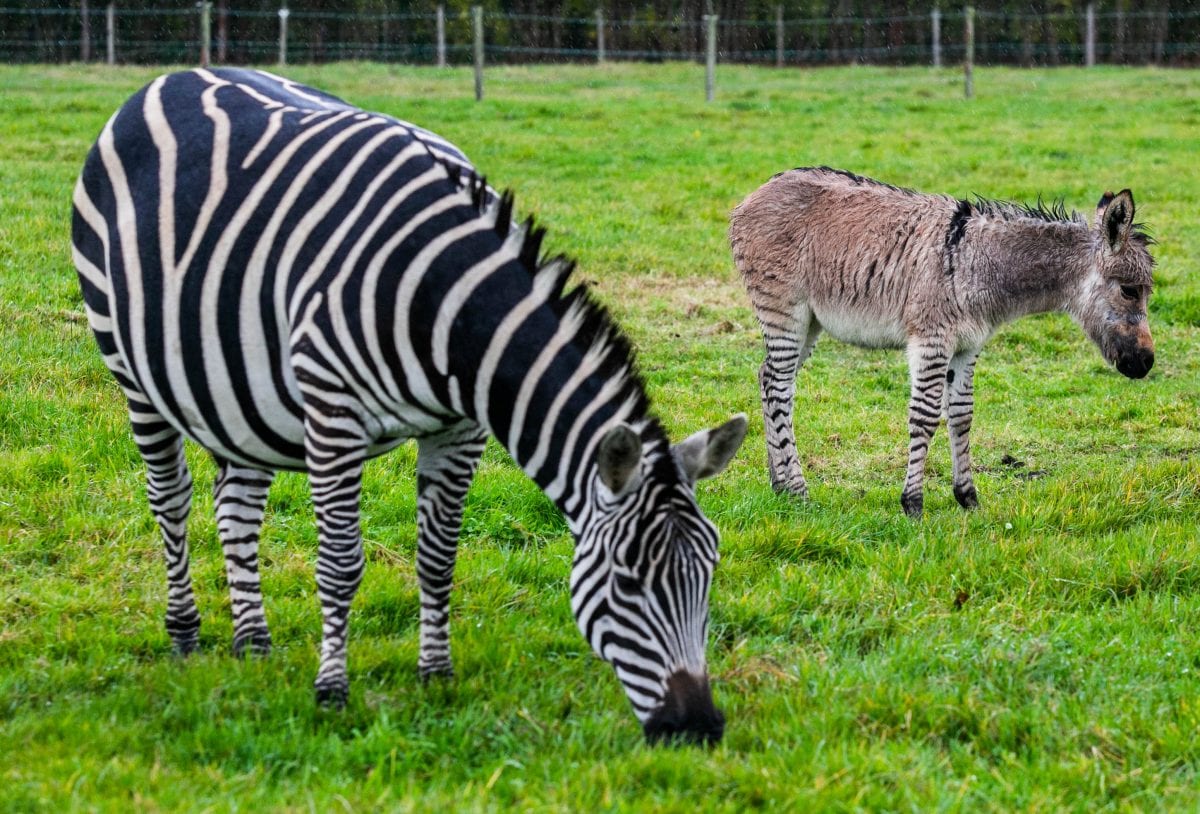 “He’s calmed down a bit now as he lets me brush him.

“Ziggy has really taken to motherhood and she’s a great mum.

“He’s never out of her sight. They wander round the farm and do everything together.

“Rag tends to keep out the way. 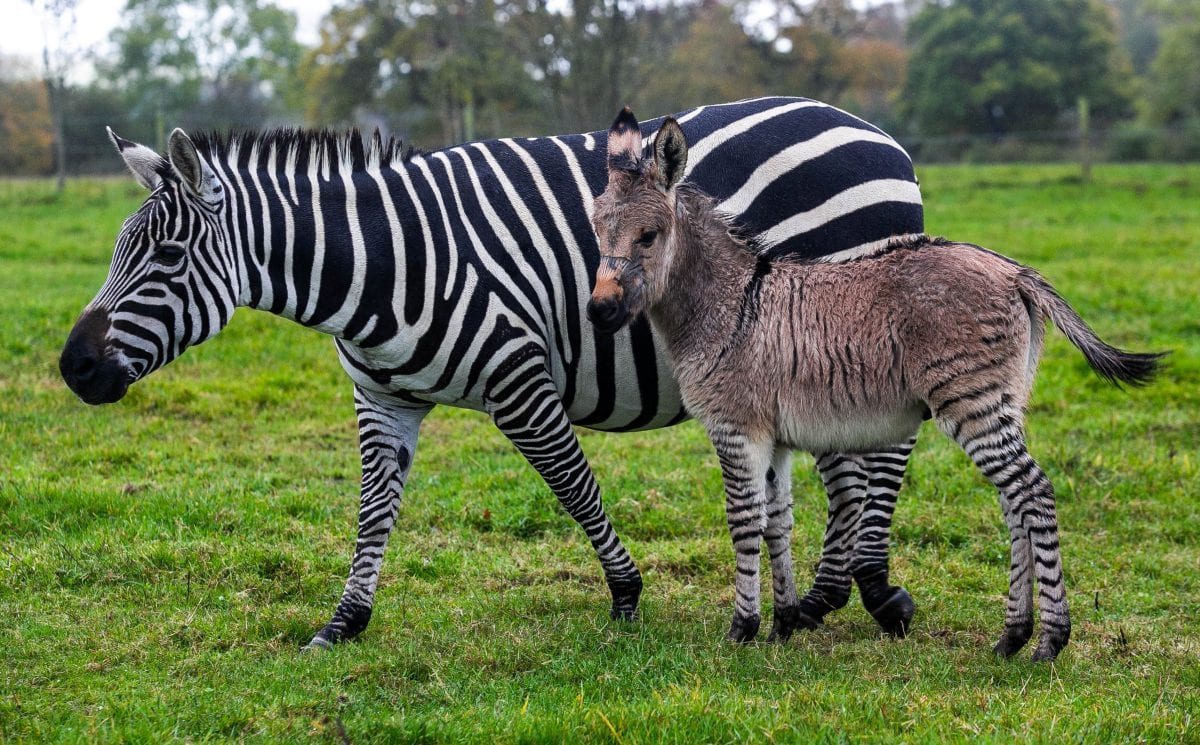 “It was a completely natural process. It wasn’t as if I forced them together and was trying to engineer it.

“I bred Rag on the farm four years ago so I had years thinking it was never going to happen – despite really wanting it too.

“I’m just so happy. Zippy is just a little miracle.”