Rosemary Powell, 103, has been shaking a tin for the Royal British Legion since she was six years old 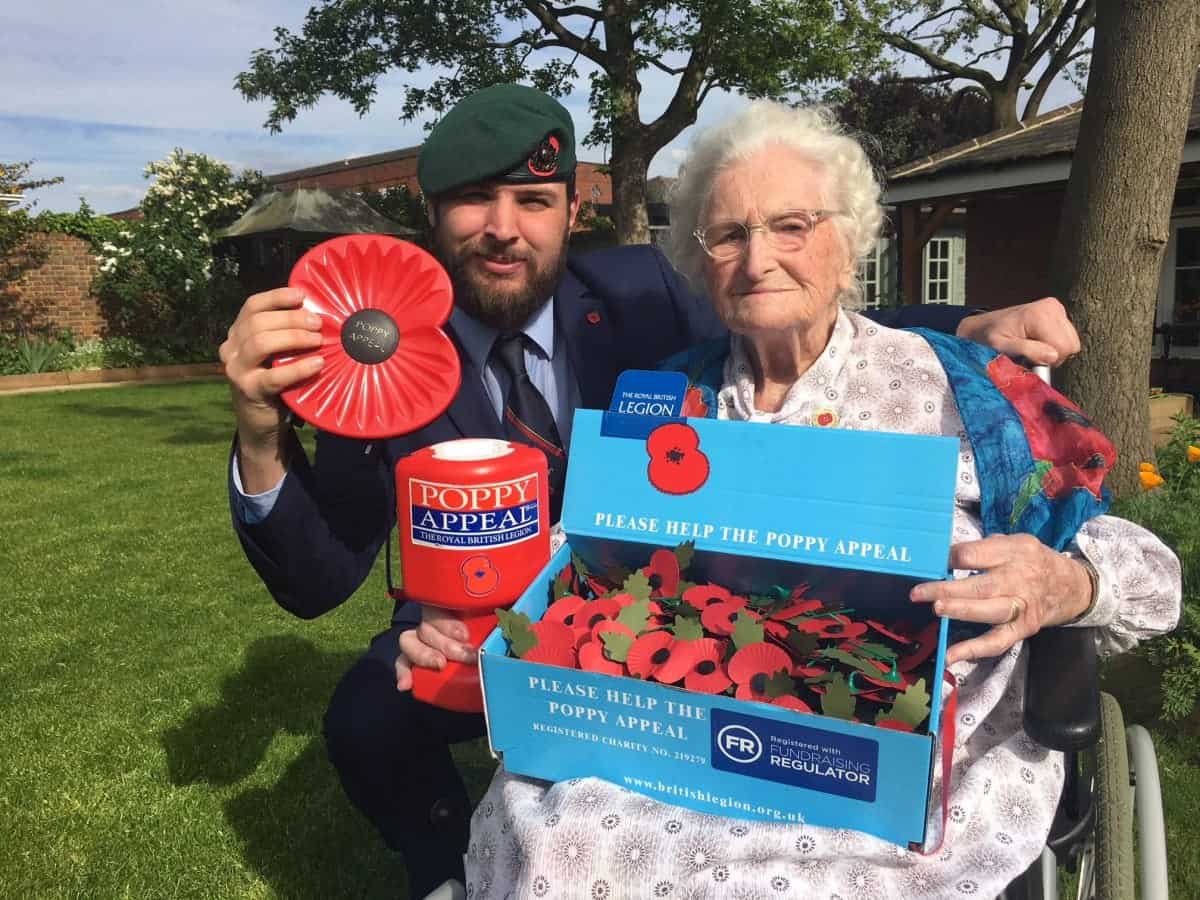 Britain’s longest serving poppy seller has picked up an MBE for her incredible 97 YEARS of collecting for the British Legion.

Rosemary Powell, 103, was just six years old when she sold poppies for the first ever appeal in 1921 – three years after the First World War ended.

She sold her first poppies on Twickenham Bridge with her mum and has done so ever since – even making her own poppies when living in Africa as a missionary. 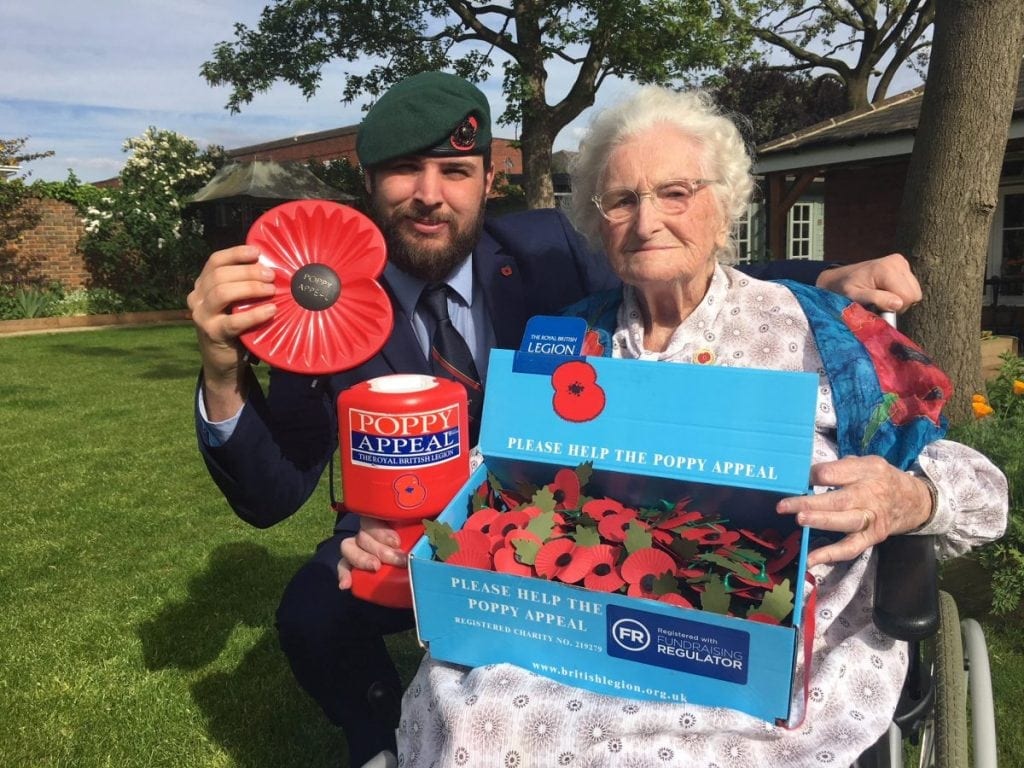 The great-grandmother from London hung up her collecting tin after this year’s appeal – and was handed her MBE at her nursing home on Monday.

Rosemary’s son, Giles Powell, said: “The presentation of the MBE has been one of the biggest moments in her life – and mum has lived a very full life.

“It’s significant in what it represents in terms of both her loyalty and her commitment.

“She raised money for all those years due to the impact war had on her own family.

“She lost so many family members it really had an impact on her – it really was the catalyst for her volunteering work for The Royal British Legion.

“It’s a really special day for us as a family and we’re so proud of her.”

She helped her mother Evelyn sell poppies on Richmond Bridge for the Royal British Legion’s first Poppy Appeal in 1921 at the age of six.

Rosemary’s father, Charles Ashton James – who served 126 Balluchi and Indian Army Regiment – was shot in the head and wounded during World War One’s Battle of the Somme.

She also lost two godfathers and three uncles during the conflict.

Her fiancé, Robin Ellis, died in 1944 when the Lancaster bomber he was flying in crashed near Inverness the day before their engagement was due to be announced in a national newspaper.

Rosemary also lost her younger brother, Peter, a Major in the Army, during World War Two.

She lived in Africa for a year in the 1950s but made poppies out of paper to give to local people during Remembrance.

Rosemary sold poppies at Kings Mall shopping centre in Hammersmith, London, and other areas of London prior to that.

Despite moving to a nursing home in Chiswick in 2015 aged 101, Rosemary continued collecting for the Poppy Appeal, selling poppies to her fellow residents.

She was included in this year’s Queen’s Birthday Honours List for voluntary service to the Royal British Legion Poppy Appeal.

She sat in a wheelchair draped in a poppy-patterned blanket, was handed the MBE on behalf of the Queen by the Vice Lord-Lieutenant of Greater London, Colonel Jane Davis. 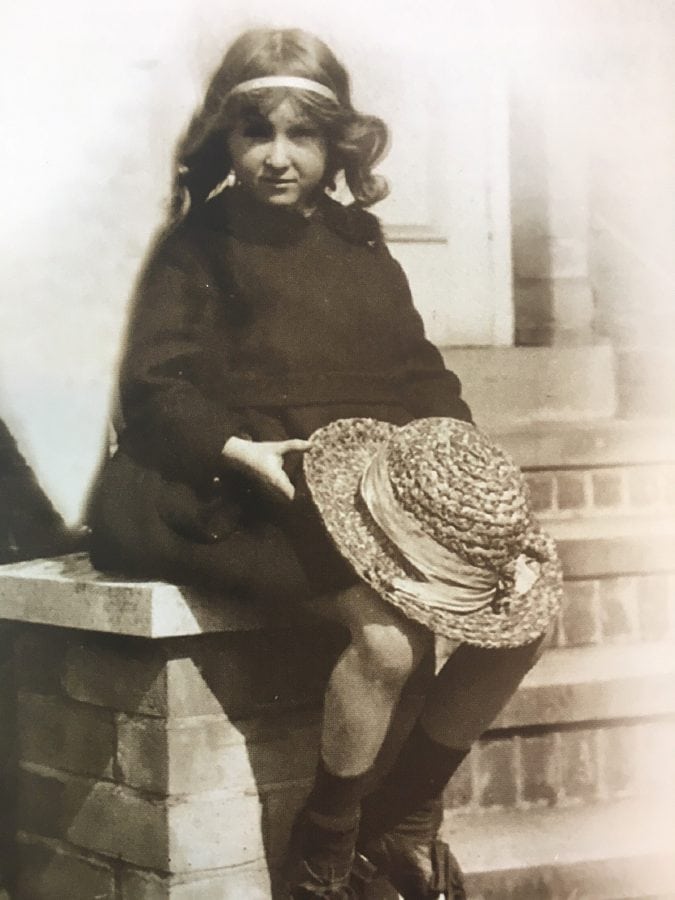 Her sons Antony, Giles and Nicolas as well as granddaughters Emma and Rachel Powell and Celia Speller attended the ceremony at St Mary’s Convent and Nursing Home in Chiswick on Monday.

Charles Byrne, Director General of The Royal British Legion, said: “Rosemary is truly inspirational and she is most deserving of this honour.

“Our volunteers go to extraordinary lengths to raise funds to support our Armed Forces community, those who are serving, those who have served, and their families. Rosemary is a shining example of that extraordinary commitment.

“Over the decades Rosemary has helped to change the lives of thousands of Armed Forces personnel, veterans, and their families, and that is a legacy to be truly proud of.

“Rosemary is most deserving of this honour, and everyone at the Legion wishes her a very happy retirement.”