Huge piles of waste have been callously dumped along a 2,000 yard stretch of road in Sawley, Derbys. 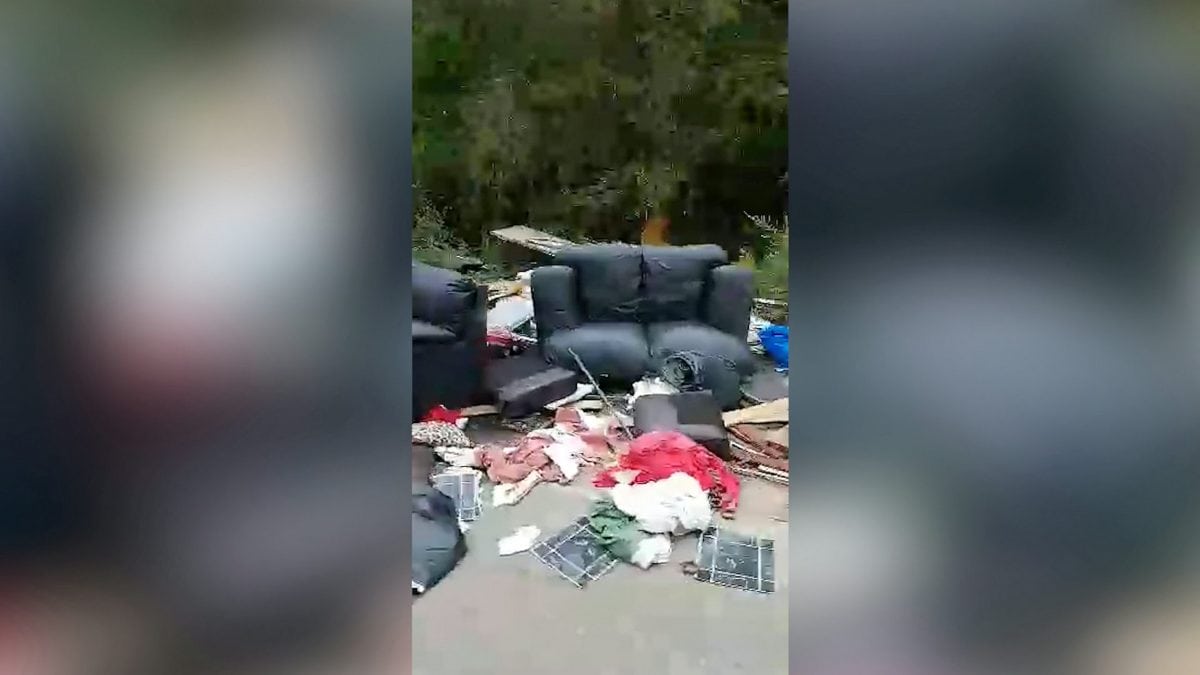 Shameless fly-tippers have left an entire country lane “looking like a landfill site” after leaving behind mountains of rubbish stretching over a MILE.

Netherfield Lane, in the village of Sawley, Derbys., has been dubbed the worst street in Britain for fly-tipping after being left strewn with 2,000 yards of abandoned waste.

Shocking video footage shows no less than SEVENTY FIVE huge piles of brazenly dumped trash in bushes and scattered along the roadside. 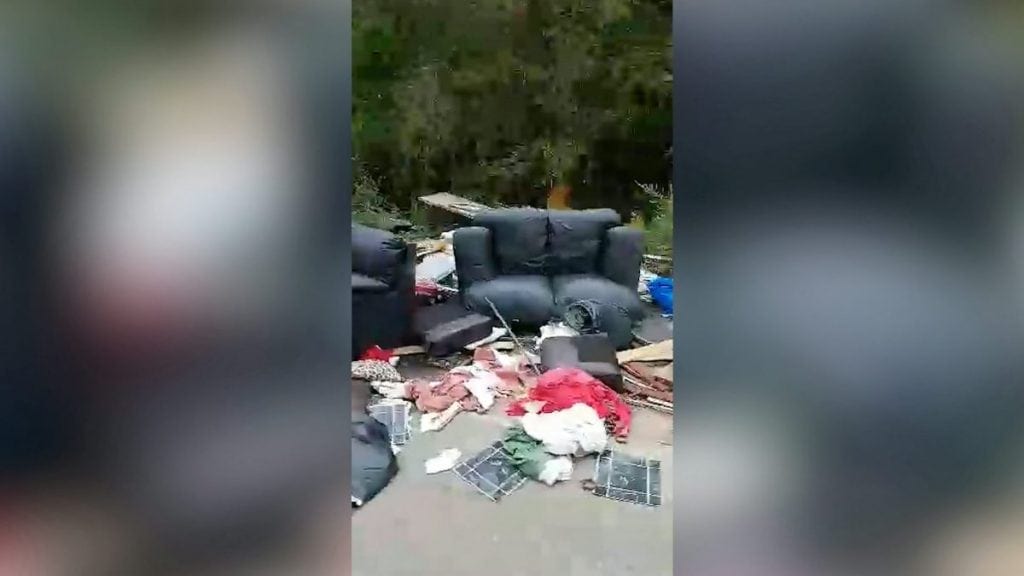 The footage was taken by Richard Atkins, 56, from Long Eaton, Derbys., who posted it on Facebook where it has been viewed thousands of times.

Mr Atkins, a production worker for a beverage bottling company, said it takes more than 15 minutes to get past the dumped waste on his bicycle. 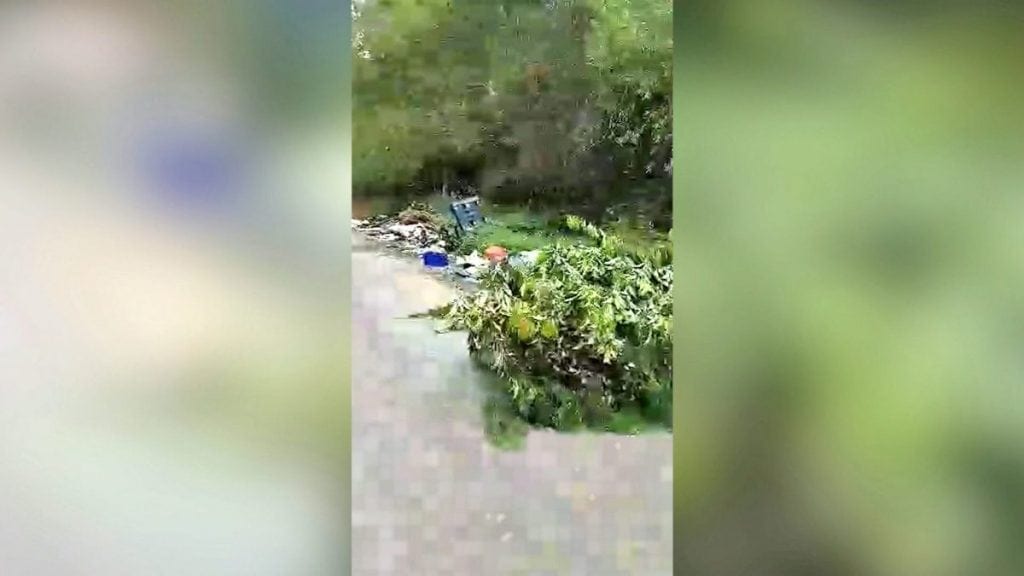 He said: “It’s disgusting. I’ve been cycling down there for the last 10 years and seen it slowly getting worse and worse.

“They are putting more into the hedgerow now so you can get by. They used to dump it anywhere.

“One evening a van came flying down the road and just missed me. Someone had chopped a tree down and they had put it in front of the cycle path. It took me 30 minutes to get it out of the way.

“I have spoken to the council a couple of times. The fields on one side are farming, and the farmer needs to use the road so you can’t block it up completely.

“But you could get a two or three-tonne concrete block there so the farmer could lift it up and get by.

“That’s what I suggested to the council but they said people need to get to the road. It’s excuse after excuse.

“You could put a big heavy gate there with a combination lock, but they said it would be expensive. But in the long term it will save them money. 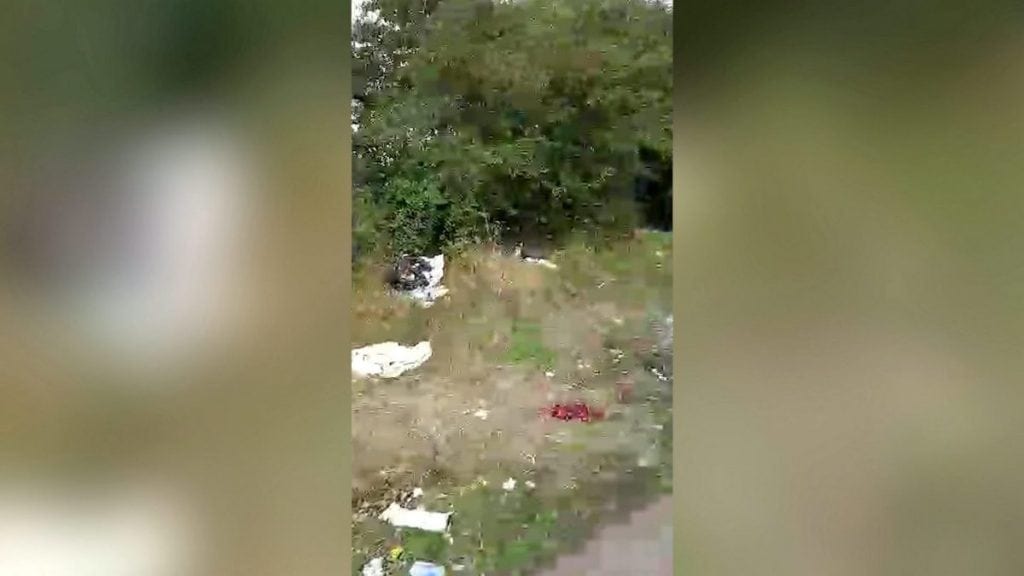 “I think it’s absolutely disgusting. Especially when it starts getting dark again – if the lighting is not good I will run straight into it.

“They could put CCTV cameras up on the main road so you can see every car coming down there.”

Local resident Barney Holtby, 69, who is a retired landscape gardener, added: “I like to keep active and cycle along here but its just such an eyesore now.

“I used to walk by dogs but its too dangerous for that now, you just don’t know what the might pick up.

“Its got to be the worst road in the country for fly-tipping. I have never seen anything like it in all my life. It looks like a mile-long landfill site.” 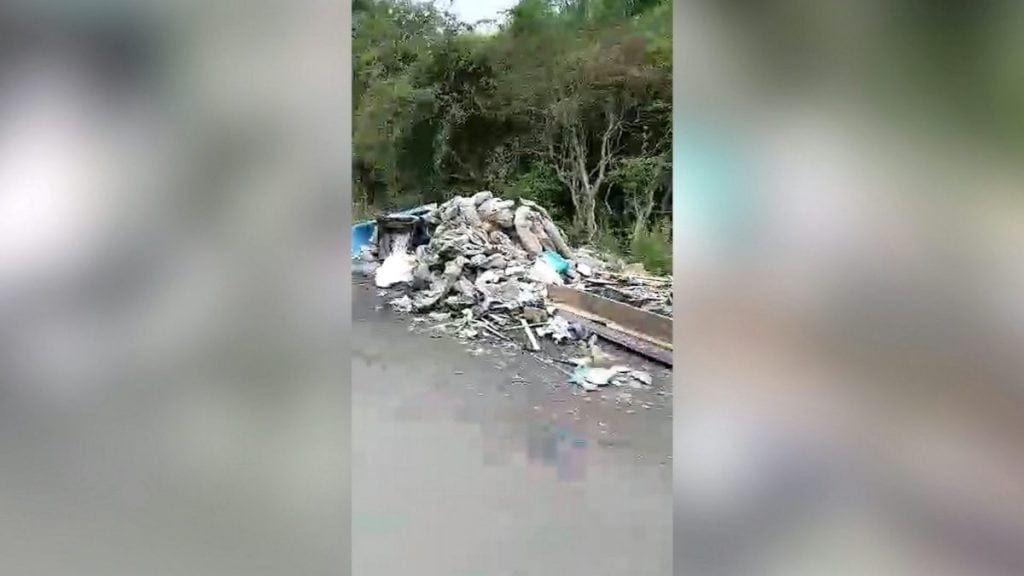 “We will be reviewing trail camera footage in an effort to identify the most recent offenders.

“Longer term we are supportive of discussions taking place between the county council’s highways department and Aldi, who are currently developing a distribution centre nearby, regarding potentially blocking vehicular access to this road, preventing further fly-tipping.”