Andrew O’Dwyer died while on duty on December 19. 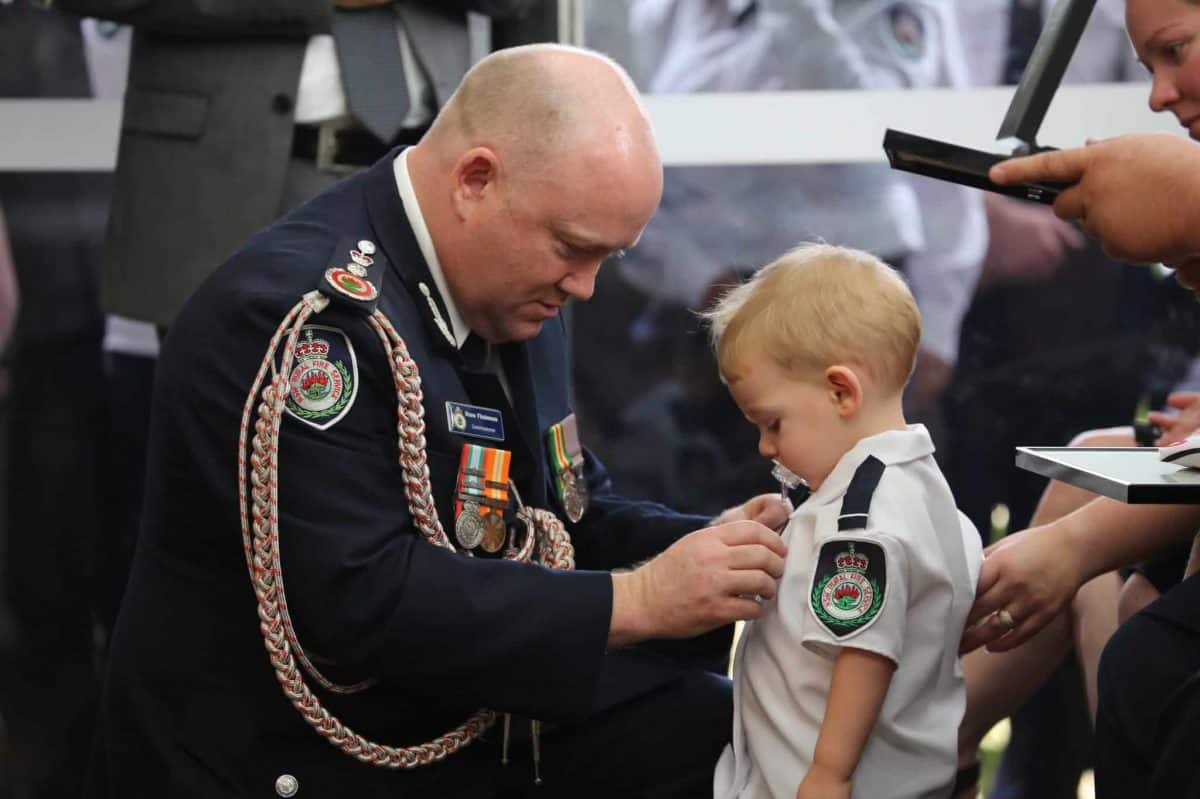 The 19-month-old son of a volunteer firefighter killed tackling the Australian bushfires has been presented with his father’s medal for bravery.

Geoffrey Keaton and colleague Andrew O’Dwyer died while on duty fighting the Green Wattle Creek fire, near Buxton in south-western Sydney on December 19.

The New South Wales (NSW) Rural Fire Service said Mr Keaton, 32, and Mr O’Dwyer died when their fire truck was struck by a tree, causing it to leave the road and overturn.

His infant son Harvey wore a uniform and sucked his dummy during his father’s funeral on Thursday where dozens of firefighters formed a guard of honour to salute the coffin.

Harvey was presented with his father’s posthumous Commissioner’s Commendations for Bravery and Service.

The bravery award was given to the youngster by NSW Fire Commissioner Shane Fitzsimmons at a ceremony, which was also attended by Australian Prime Minister Scott Morrison.