A customer was left stunned when he discovered a deadly Brazilian wandering spider in a packet of Asda bananas. Neil Langley, 52, was completely unaware that the intruder – thought to be the world’s most venomous spider – was amongst the fruit when he went grocery shopping on Wednesday (17/1). However, he finally noticed the […] 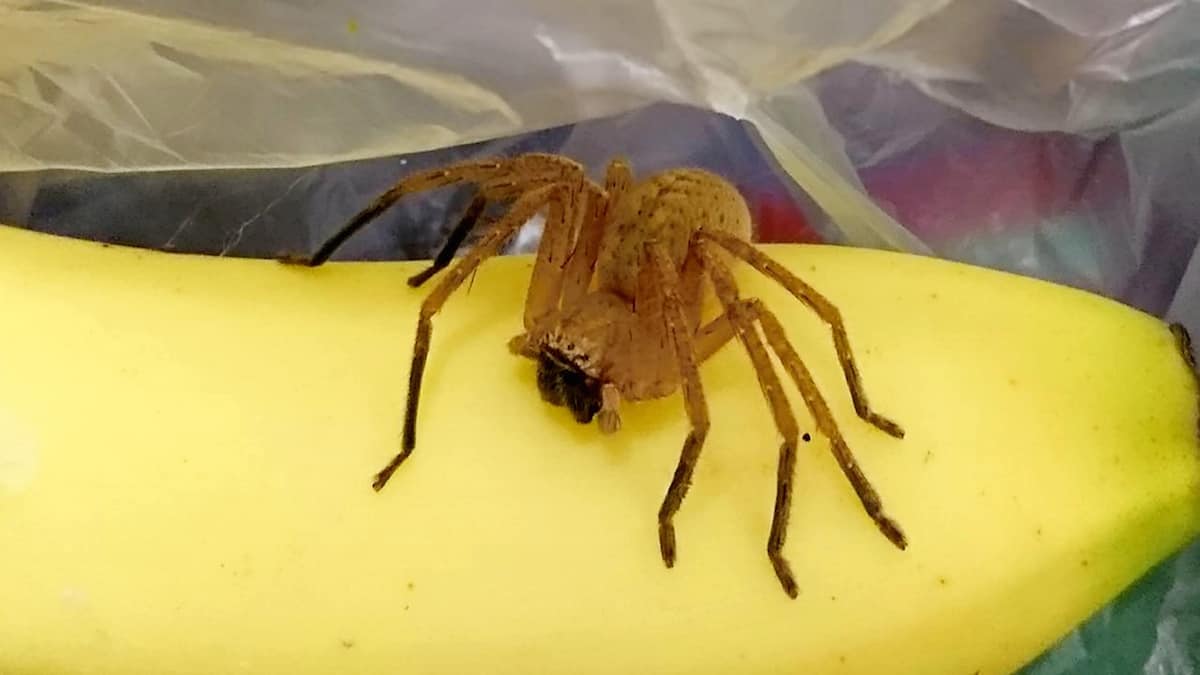 A customer was left stunned when he discovered a deadly Brazilian wandering spider in a packet of Asda bananas.

Neil Langley, 52, was completely unaware that the intruder – thought to be the world’s most venomous spider – was amongst the fruit when he went grocery shopping on Wednesday (17/1).

However, he finally noticed the brown-coloured creepy-crawly as he tucked into his lunch whilst working at the Department of Work and Pensions.

His anxious colleagues phoned the RSPCA, who were able to identify it as the infamous Brazilian wandering spider.

An officer later came to collect it, and it was taken to it’s new home in Bristol Zoo.

The administrative assistant, of Bilston, Wolverhampton, believes that the arachnid was inadvertently packaged up with the bananas in Costa Rica.

He said: “I’m not scared of spiders – I actually quite like them – but the thought of having one of the world’s deadliest creatures so close to you is a bit unnerving.

“In all honesty, I didn’t even notice it when I went shopping. I just picked up a bunch of seven or eight bananas, put them in a plastic bag and thought absolutely nothing of it.

“The little fellow must have come with me as I transported the bananas to work the next day, completely oblivious.

“When it came to lunch time, I opened up the packaging, and noticed it on one of the bananas.

“I was taken aback at first, because it didn’t look like right – it looked like a spider, but it was brown and almost see-through.

“But when I finally saw it in the office, it was awake and moving around in the packaging, which I had to tie up to make sure that it didn’t get out.

“I didn’t really think that it was threatening, but some of my colleagues started to get a bit concerned about it.

“We weren’t sure what to do with it. We’re on the sixth floor, so it’s hard to know how to get rid of that sort of thing.

“At one stage we discussed flushing it down the toilet, but that seemed a bit unfair on the poor thing.

“Eventually, I went into an hour-long meeting, and by the time I’d come out an animal-loving colleague of mine had phoned up the RSPCA, who said it must have been a Brazilian wandering spider.

“We were all a bit baffled by it, the thought that such a rare spider could have just been sat on one of my bananas like that.

“I was lucky that it hadn’t crawled out at home or in my work bag, otherwise who knows where it could have got to.

“The RSPCA officer eventually came round, and packaged it up in a cardboard box and took it away to Bristol Zoo, where they care for other spiders.

“I still am none the wiser as to how it got there in the first place.

“We worked out that the bananas were from Costa Rica, so it must have been up on the tree with the bananas, pulled down from there and transported all the way here.

“It’s bizarre, when you think about it.

“I don’t blame Asda in the slightest, because they weren’t to know it was there. They pick up the bananas from wholesalers, so they’d have had no idea.

“I’m going to keep on buying bananas for my lunch but I’ll be a bit more circumspect when I get six or seven together.

“The RSPCA officer said that these types can be deadly, depending on your reaction to them, and so I’m incredibly relieved that I noticed it when I did.”

A spokesperson for Asda said: “We sell around one billion bananas every year and each and every one is washed, sprayed and manually checked for quality and stowaways before being transported to the UK.

“We’d like to reassure all our customers that the chance of finding a spider is incredibly low and it’s even less likely that a tropical spider could survive outside of their warm climate.”