An Army hero bravely revealed how she was once a child prostitute who was raped hundreds of times after being pimped out by a man she met at her local mall. Amber Causey, now a celebrated US Army veteran with two children and two master’s degrees, has devoted her life to ending the child trafficking […] 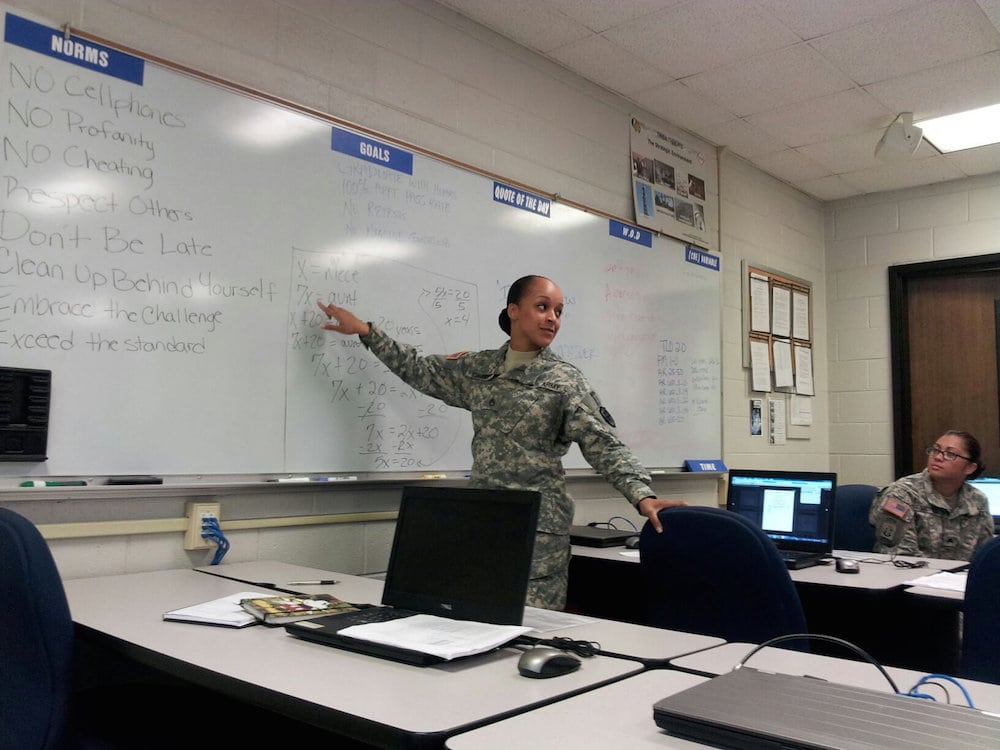 An Army hero bravely revealed how she was once a child prostitute who was raped hundreds of times after being pimped out by a man she met at her local mall.

Amber Causey, now a celebrated US Army veteran with two children and two master’s degrees, has devoted her life to ending the child trafficking trade.

29-year-old Amber was just 16 when she was trafficked by a stranger who flirtatiously dropped a note with his number at her feet.

She was forced to live on the streets after being kicked out of her home and had been sleeping in crack houses and riding buses just to stay warm.

The man, whom she believed was her boyfriend, lavished her with food, new clothes and a phone.

After a few weeks he took her to his apartment and ordered her to walk the streets selling sex and threatened to beat her if she rebelled.

Amber, who experienced abuse as a child, was forced to sleep with up to ten men-a-day and claims she was “severely beaten” if she made less than $500.

Now, Amber is US Army veteran with two children and two master’s degrees who has devoted her life to bringing an end to human trafficking.

The former staff sergeant owes her life to a recruiter who came looking for her two years after she registered her interest at a school careers fair.

Amber, now 29, said: “The pimp told me that he could make my dreams come true and he told me he loved me.

“I loved him and I believed him. I felt worthy when I was with him.

“He was courting me, but then one day he took me to his apartment and there were two other girls there and I wasn’t allowed to leave.

“I could either get beat or get raped or fall in line.

“I turned into a teen prostitute and by the time I turned 17 I had had hundreds of sex partners.

“One time a guy held a knife to me and left me naked next to a factory. I just fell completely down into the ground.

“I got to the point where I would rather be beaten and starved than put myself at the mercy of another man.

“I couldn’t mentally keep myself together any more so the pimp packed my stuff up in a bag and dumped me at the side of the road.”

Amber was back on the streets, but she occasionally checked in with her sister.

One time when she was there, there was a knock on the door from Marcelus Chambers, a US Army recruitment officer responding to an interest card from two years earlier.

He bought Amber – who weighed just 92lbs – hot meals, helped her get replacement identity documents, took her for her exams and prepared her for training.

Amber, from Chicago, USA, went on to join the Army in 2007 and had a glittering seven-and-a-half year military career, with the 2nd Battalion of the 44th Air Defense Artillery Regiment in Iraq.

“I had no social security number or ID and I was on probation, but Marcelus completely helped me and the military saved my life,” she said.

“When he heard a little bit of my story he made it his mission to do everything he could to help me.”

The man who trafficked Amber, who she does not wish to name for safety reasons, was not convicted in her case but has served time for battery and drug offences.

Meanwhile Amber, who has a criminal record after being convicted of prostitution in 2006 despite being just 16 at the time, has devoted her life to helping end human trafficking.

She tours high schools educating young people on the topic and hopes to influence policy.

She added: “I never thought I would be where I am today.

“If it wasn’t for the Army, I think I would be on the streets, someone who had become a repeat offender.

“I had no GED, no legitimate way of making money. It was about survival.

“I still think about what happened and I live in a different reality because of it. I have PTSD and I’m afraid of the dark.

“But the main thing is I’m scared for my children.

“I want to be able to protect my kids – and other people’s – from the same thing happening to them.”