Ant McPartlin, the television presenter, has pleaded guilty to a charge of drink-driving after a crash in London. Seven uniformed police are forming a cordon outside Wimbledon Magistrates where TV presenter Ant McPartlin appeared on a drink driving charge. McPartlin faced a charge of being twice over the limit when he was in a three-car smash. […] 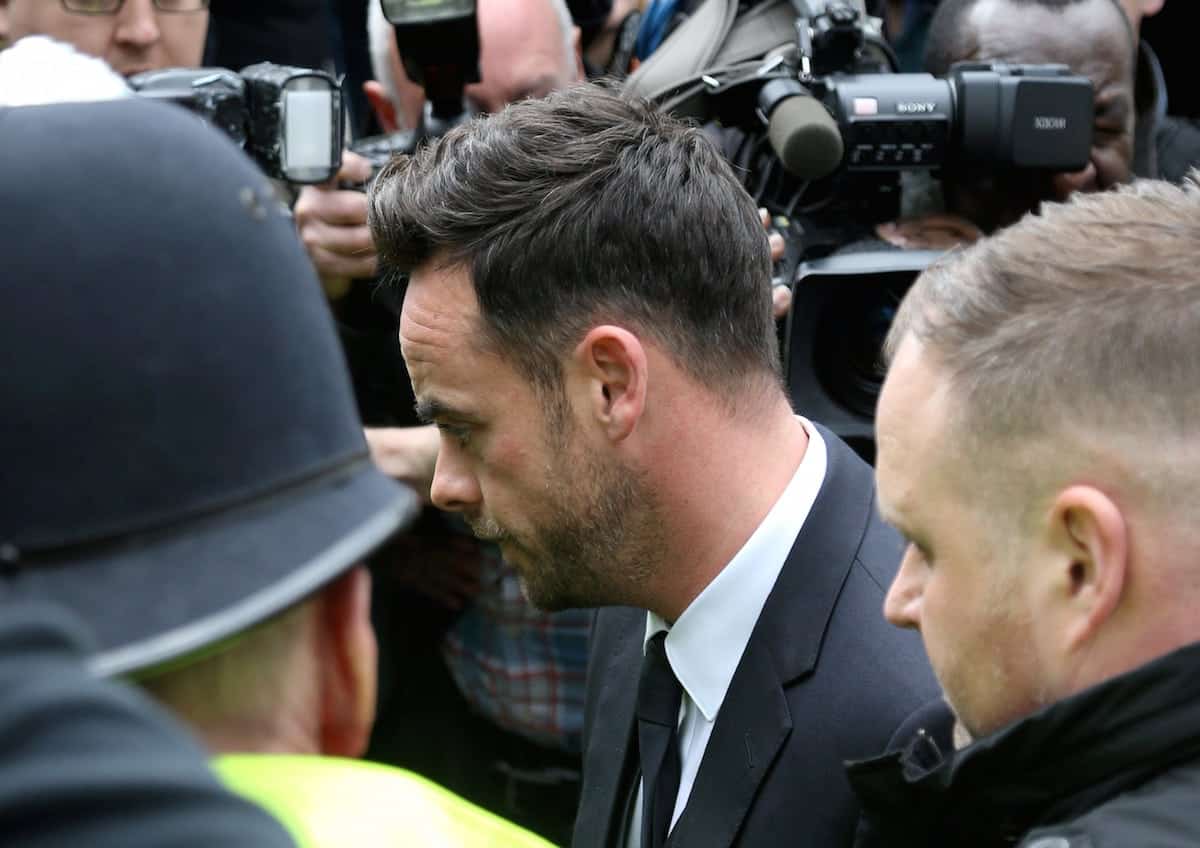 Ant McPartlin, the television presenter, has pleaded guilty to a charge of drink-driving after a crash in London.

McPartlin faced a charge of being twice over the limit when he was in a three-car smash.

The 42-year-old was held after being involved in a collision with two other cars, one of which was carrying a four-year-old girl.

McPartlin was alleged to have been twice the legal limit when he was arrested.

His breathalyser reading was 75mcg of alcohol per 100ml of breath – the legal limit is 35 mcg.

McPartlin was charged by postal requisition on March 21 after allegedly being involved in a collision with two other cars while he was driving his Mini in Richmond, west London, on March 18.

He had been scheduled to appear in court on April 4, but the hearing was adjourned.

A large group of photographers and TV crews gathered outside the building.

Seven uniform police officers have been standing outside the court all day to control the crowd.

After McPartlin was charged, ITV announced the Saturday Night Takeaway host would step back from his TV commitments, with co-presenter Declan Donnelly hosting the final two episodes of the show on his own, including the season finale at Universal Studios resort in Orlando, Florida.

But McPartlin of Chiswick, of south west London, was back on screens over the weekend when he appeared alongside Dec as Britain’s Got Talent aired its pre-recorded audition shows.