An amputee granddad whose only transport is an 8mph mobility scooter has been fined for driving a 180mph PORSCHE in a red-tape mix-up. Richard Sullivan, 63, lost his left leg in November after a work accident and has ridden a scooter since he was forced to stop driving two years ago. But the disabled dad-of-two […] 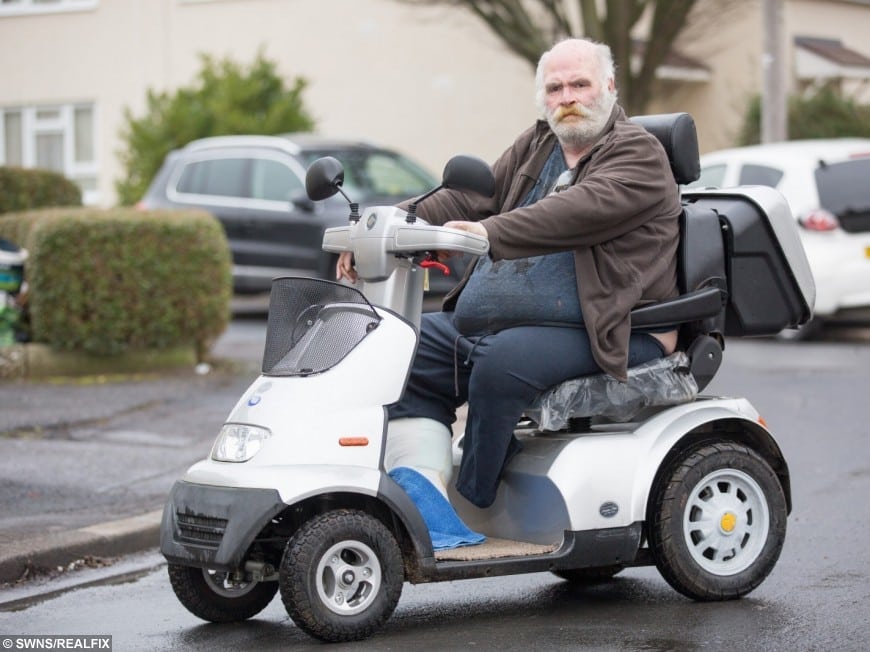 An amputee granddad whose only transport is an 8mph mobility scooter has been fined for driving a 180mph PORSCHE in a red-tape mix-up.

Richard Sullivan, 63, lost his left leg in November after a work accident and has ridden a scooter since he was forced to stop driving two years ago.

But the disabled dad-of-two is now fighting a £130 penalty notice accusing him of going the wrong way down a one-way London street in a £100K Porsche Targa.

Instead, he gets around on a silver TGA Breeze mobility scooter – which has a top speed of 8mph – which he leases for a £153-a-month.

The former forklift driver thinks the mix-up is because his scooter’s number plate is WX15 MWO – similar to the Porsche in the picture he has been sent. PCN from Transport for London which has been sent to Richard Sullivan.

Richard has called Transport for London to complain five times but they are still insisting he is to blame and have upped his fine to £195 because he didn’t pay in 28 days.

If Richard fails to pay up, he could face a visit from bailiffs or be hauled to county court.

Divorcee Richard, who lives with sons Michael, 35, and Mark 32, in Cadbury Heath, Bristol, said: “I wouldn’t mind if I had done it. But the suggestion that I have is ridiculous.

“I used to drive a Renault and I’ve never owned a Porsche – in my dreams. I’m just a working man. There’s no way I could own a Porsche.

“I haven’t been to London for 40 years and the maximum distance I can travel on my scooter in one go is 30 miles. It would take me days to get there.

“I’ve tried to get this through to Transport for London but they are not interested. As far as they’re concerned, I owe them money whether I did it or not.

“I rang them up and explained the situation to them. I have had about half a dozen phone calls with them but all they’re interested in is me paying.

“They said, ‘If you send a letter stating all the facts and what I have done they will look into it,’ but three weeks later I got a red letter back telling me that I still owe them.” Richard injured his leg while working in a warehouse six years ago when a piece of steel fell on him. It was amputated above the knee last year due to gangrene.

Since the operation he has lived on his ground floor because he can’t manage the stairs and uses a wheelchair.

For the past two years, Richard has got around on a mobility scooter which he leases from a local mobility company.

It has the registration number WX15 MWO – the one quoted in the letter. In the picture taken in Kensington the Porsche’s plate seems to be MX5 MWD – but is unclear.

Richard said: “They’ve not bothered to look at the car in the picture to check the plate is the same.

“It’s affecting my health and I’d like to know why they’re not doing their jobs properly.

“I suffer from blood clots which are brought on by stress and I’ve been told that not paying may result in a county court order or bailiffs coming round.

“If they come and demand money, I couldn’t stop them.

“They’re expecting me to prove it’s not me when they could just type into a computer and find a picture of my vehicle and see that it doesn’t match up.

“I’ve called about four or five times and to London it’s an expensive phone number. My phone bill last month was about £30.

“I’m on disability benefit. If push came to shove I could just about afford to pay for it but it would take me months to recover.”