Pat Moss, 56, went into cardiac arrest at home and started bleeding from his mouth 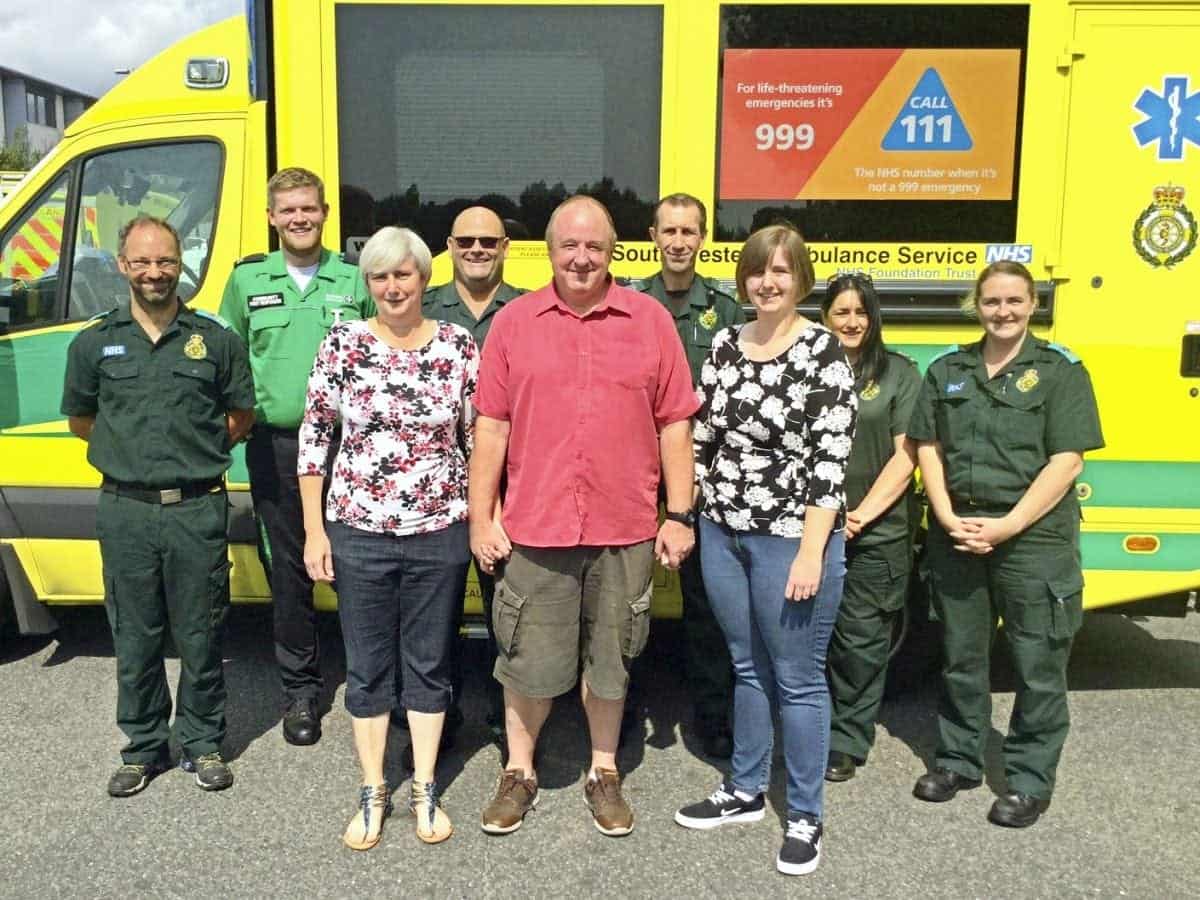 This amazing 999 call captures the moment a daughter was talked through how to bring her dad back from the brink of death.

Pat Moss, 56, went into cardiac arrest at home and started bleeding from his mouth.

Pat, a former Royal Navy chief petty officer, said: “It came totally out of the blue. I was dead and gone. Without the caller handler, paramedics and hospital staff, I wouldn’t be here. I’m chuffed with all the care I received. It’s amazing to still be alive.” Tracy Guilfoyle, emergency medical dispatcher, tells Lauren: “I need you to put him flat on his back.

“Place your other hand under his neck. Put your ear next to his mouth can you hear any breathing?

“Listen to me carefully I want you to say now every time he takes a breathe in immediately.

“We need to help him now all right. Make sure he is lying flat on the floor. Put the heel of your hand on his breast bone in the middle of his chest and put the other hand on top of that.

“Pump the chest hard and fast at least twice per second and two inches deep. You need to let the chest come up all the way between pumps. I want you to count out loud so I can count with you.

“1,2,3,4 keep doing that until help arrives. Make sure the chest comes right up between pumps.”

Paramedics arrive less than a minute later and take over.

The crews provided lifesaving support, including defibrillation, to get his heart beating again.

Patrick was driven by ambulance to Dorset County Hospital where he remained for six weeks. He has gone on to make a fantastic recovery, and has now returned to work. Jeff Jones, West Dorset operations officer, said: “I am delighted for Pat and his family and that Pat has made such a good recovery.

“This is part due to early and effective CPR carried out by his wife Anne, and a prompt and rapid intervention by SWASFT staff performing advanced life support, to complete the chain of survival.

“Pat’s incident highlights that with more people trained and confident to perform CPR, the better the chances of survival.”