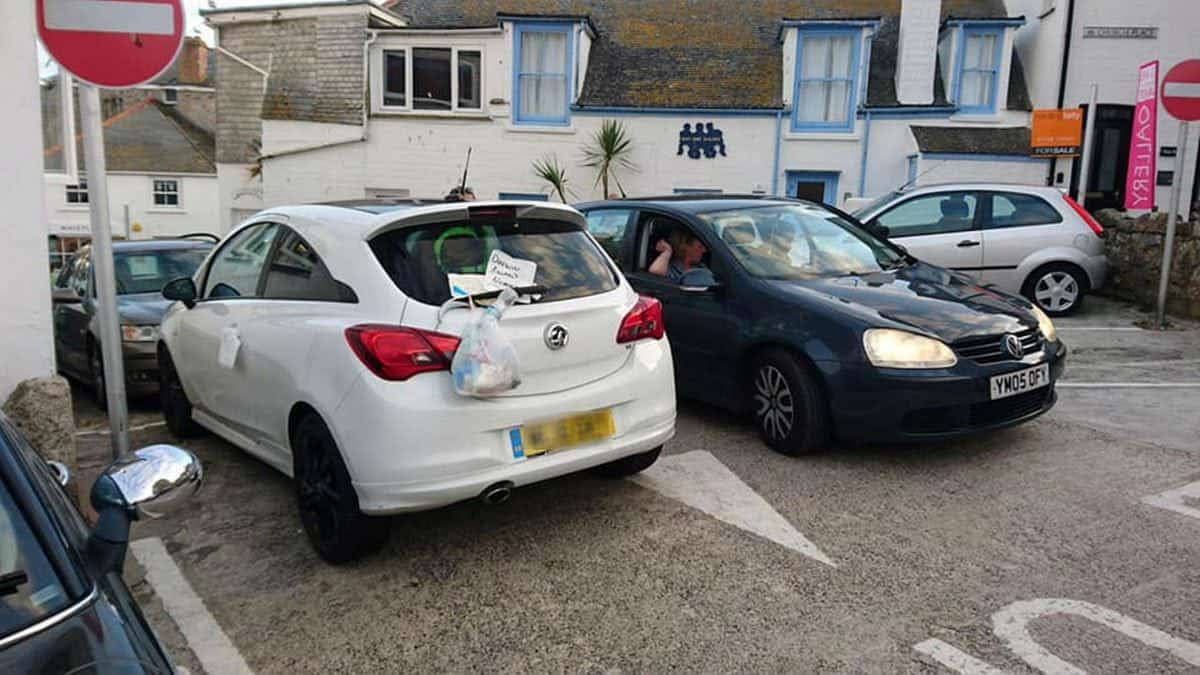 A cheeky motorist who parked awkwardly on a narrow street in a resort where spaces sell for up to 60K had their vehicle covered in abusive notes, fish and a bag of dog poo.

The badly parked white Vauxhall Corsa was left on a narrow junction in St Ives, Cornwall. 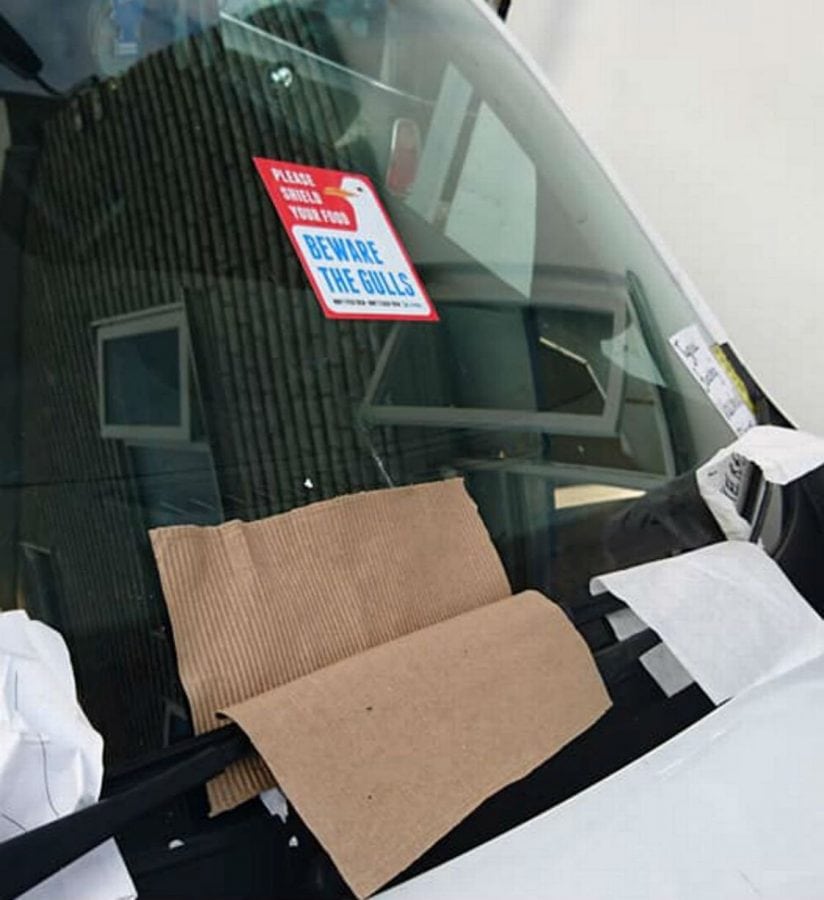 A fake and real parking ticket, chewing gum and a piece of paper with the words ‘I bet you listen to Nickelback’ were slapped on the windscreen along with other notes.

These said ‘I bet you put cream before jam on your scones’, ‘Really! There’s not space here for a reason’ and ‘Typical f***ing Vauxhall driver”. 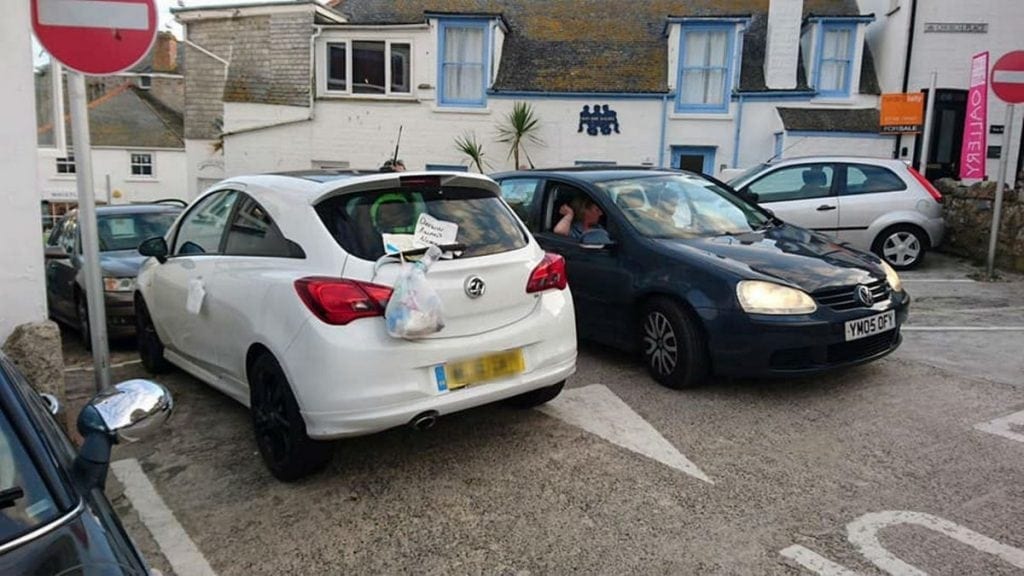 The popular beach resort in Cornwall has a population of 12,000 and few parking spaces.

The row erupted as the county’s tourist board, Visit Cornwall, raised concerns about overcrowding at a number of its beaches.

The immaculate 2016 Corsa, which has black alloys, is parked in Church Place at the rear of the Sloop Inn pub – in an area characterised by narrow winding roads.

It has so far been there for three days. 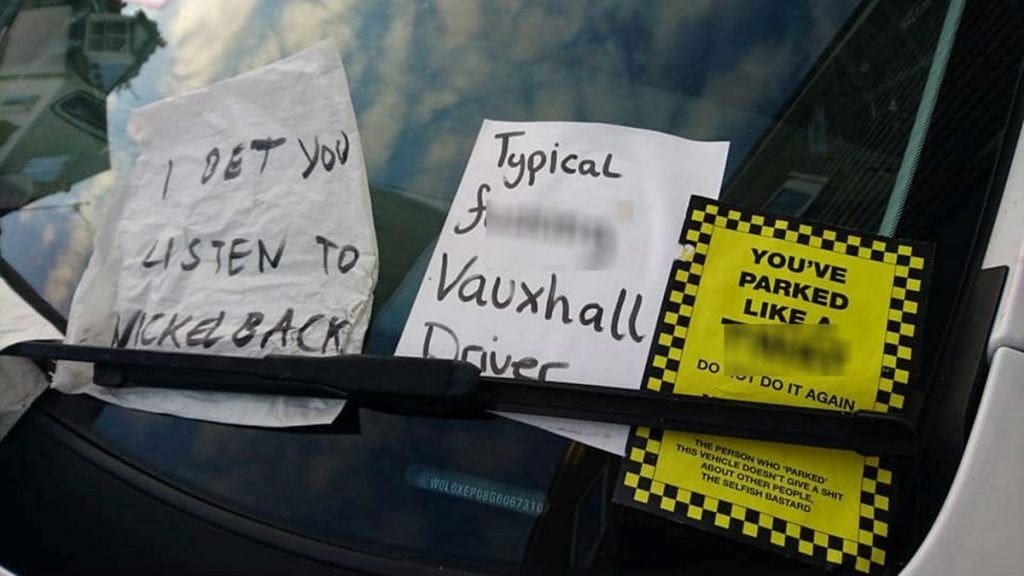 Holidaymaker Jo Yarnall, 50, took the photo. She said: “When I first saw the car last week I wondered who had blocked the way.

“I went from thinking ‘Who on earth would park it there?’ to thinking ‘I hope no one has been taken ill’.

“I had to chuckle at some of the notes but was surprised at the poo and dead fish.

“I’m concerned locals may get the blame for them when actually it could’ve easily been holidaymakers.

“I do wonder if something has happened to them, but even if they’ve been taken ill there’s still no excuse to park there in the first place and block people from getting onto the car park.” 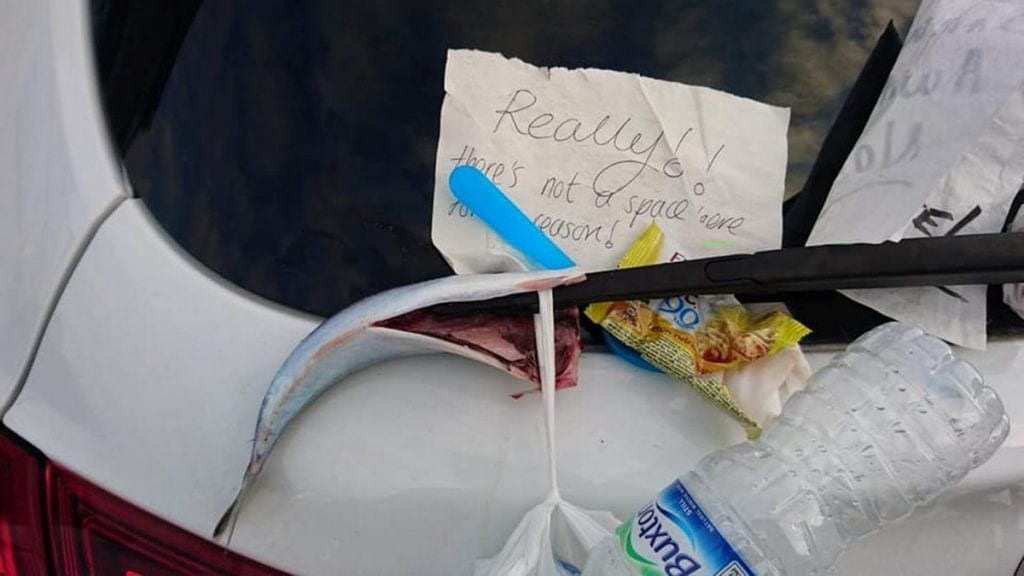 The spokesperson said: “This summer we have struggled to reach patients on various occasions due to vehicles being parked inappropriately.

“We urge people to park sensibly and to show consideration for emergency vehicle access.

“Traffic congestion and inconsiderate parking do present significant challenges to our crews, especially in tourist resorts and areas where the roads are more limited.”

Kevin Hall, who runs a campsite near Porthcurno, said Cornwall is “struggling to cope” with the “unprecedented mass tourism.