Thomas Markle came straight from hospital to the guesthouse owned by Charlotte Jane, 36, on Thursday, accompanied by a friend 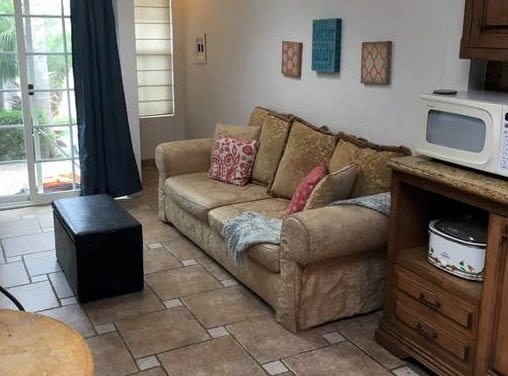 Meghan Markle’s dad watched her walk the aisle on a small TV while holed up completely alone in a £23-a-night Airbnb apartment in Mexico.

Thomas Markle came straight from hospital to the guesthouse owned by Charlotte Jane, 36, last Thursday, accompanied by a friend.

She claims the first question he asked at check in “is there a TV in the room – so I can watch the wedding?”

The Airbnb host said he barely left his room until check out on Monday and revealed he’d watched his daughter’s wedding on TV and thought she looked “beautiful”.

Thomas, 73, did not attend the Royal Wedding in Windsor after complaining of a heart condition.

Charlotte said he arrived at the one-bed apartment in Baja Malibu, Tijuana, Mexico, around 9.30pm on Thursday and checked out on Monday morning.

Speaking on Tuesday, she said: “His friend picked him up from hospital and brought him to me. She said he was looking for a safe haven for him to go to. She was taking care of her friend.

“He had just come from hospital.

“He was really, really, nice.

“I said it was last minute and I’d have to do some changing of the sheets and things, but he said he didn’t care he just needed somewhere to rest. He was very, very humble.

“His first question right away was ‘is there a TV so I can watch the wedding?’

“That was pretty much the only conversation I had with him until he checked out.

“He stayed in the apartment with the windows shut.

“People came and brought him food and things.

“I offered him a a couple of times to do him a dinner, but he was very reluctant to unlock his door.

“When he left I said to him that I watched the wedding and I thought his daughter looked beautiful.

“He said ‘thank you’ and said ‘yes, she did’. He said the wedding was beautiful.

“I invited him to brunch across the street with friends but he said no. He was really worried about being photographed.

“I feel like he was sad not to be there. I think if he was in good health he would have been there. You could tell he had just had had surgery.