Barbeques and beer gardens at the ready - London temperatures are set to pick up substantially between now and the Easter weekend. 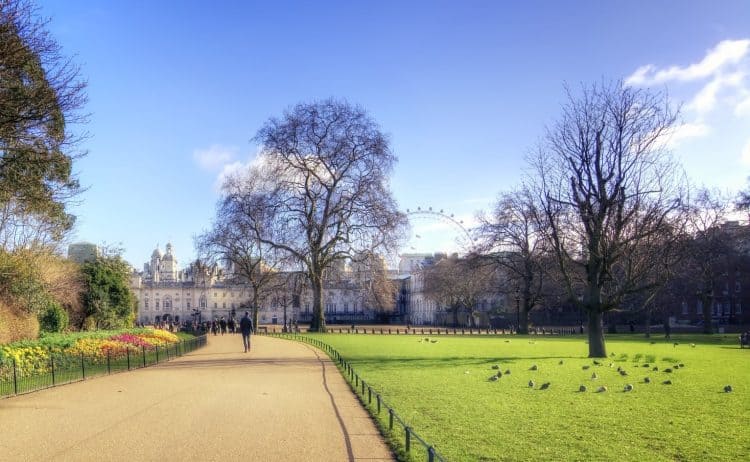 We’ll take that. Following a recent cold snap across the UK, the seven-day forecast for the week ahead is already looking much more promising. In fact, it appears as if London temperatures will top 20C before the Easter weekend begins.

Towards the end of March and the start of April, temperatures across the UK plummeted below freezing, as snow fell in multiple parts of the country. However, we’re glad to report that brighter predictions are in place for the upcoming bank holiday.

On Monday, the mercury rise into the high teens, with sunny spells dominating the forecast. Tuesday will see temperatures stabilise at around 17C or 18C, with a little less sunshine to report.

However, Wednesday and Thursday could be when thermometers peak ahead of the four-day weekend. Both days are forecast to break the 20C barrier, and according to the weather app Ventusky, highs of 21C will be felt in some parts of the capital on Maundy Thursday.

Now, it does get a little cooler on Good Friday, but light clouds and gentle winds will still allow for decent ‘beer garden conditions‘ – but some of us might have to take a second layer just to be sure.

Saturday promises ‘extended sunny intervals’, and London temperatures will creep back above above 20C for the third time in a week. Eastern parts of the city are likely to experience the warmest of the weather.

Easter Sunday will give us more of the same, with sunny spells and pleasant temperatures – no lower than 15C, and no higher than 20C – continue across London. On Monday, a gentle breeze and cloudy intervals will be complemented by similar temperatures.

So the whole Easter weekend, according to these forecasts, is set to be a dry affair with rather pleasant conditions throughout. It’s not exactly a scorcher, but put it this way – no-one would blame you for getting the barbeque out…