Get the BBQ out, and pencil in a 'tactical sickie'. Blazing sunshine is heading our way next week, with London serving as the UK's hot-spot. 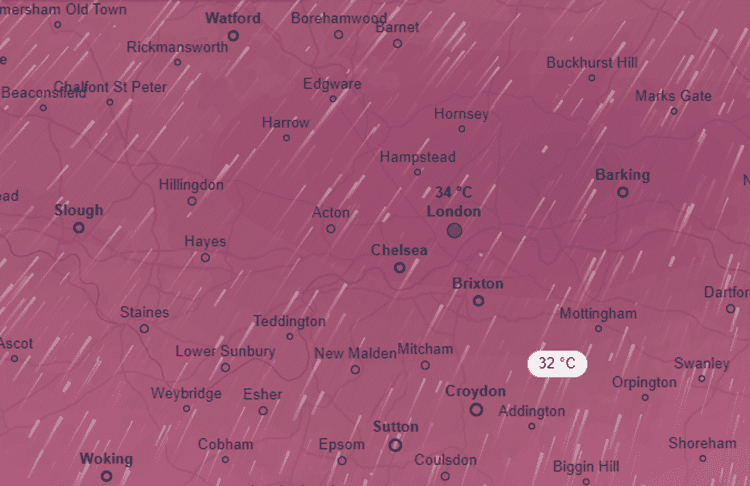 Summer, how nice of you to join us! After a stop-start beginning to the season, temperatures will improve dramatically over the next few days – culminating in a 30C scorcher for London and other parts of the country by next Saturday.

‘Hottest day of the year’ set for UK next week

The arrival of prolonged sunshine has been long overdue. Although we had a pleasant end to May, and the weather was set fair for most of the Platinum Jubilee, Britain hasn’t really shifted into ‘heatwave mode’ this year. But all that is now likely to change.

Two forecasts from both the BBC and Ventusky confirm that the build-up to next weekend will be dominated by beer garden weather. On Tuesday 14 June, the thermometer will push 24C – and that’s only a taster for hotter days ahead.

Wednesday 15 June is primed for 26C in some parts of the capital, with hot-spots including Brixton and Edgware.

Clear skies and a gentle breeze will be present throughout the afternoon, with Thursday acting as a near carbon-copy of the day before. If you’re splitting hairs, 16 June will be a degree or two cooler. However, things go up another notch shortly afterwards.

London temperatures could surpass 30C – and then some…

On Friday, the BBC have given out highs of 27C for parts of London, which will be the hottest spot in the UK. That sets us up nicely for Saturday 18 June, where the mercury is likely to surpass the 30C mark.

A warm start to the day will be followed by more humid conditions in the afternoon, allowing temperatures to really reach their peak. Early forecasts from Ventusky suggest that parts of London could reach a sweltering 34C – but a figure nearer 30C remains more likely.

There’s a bit of a comedown thereafter, with cloud cover and temperatures in the low-to-mid twenties making a return for the following week. Nonetheless, we’ve got some lovely days up ahead – and you might have to break the Factor 50 out!