A study shows that global warming is speeding up the degradation of remains left by the first Norse settlers in the Arctic - including wood, bone - and even ancient DNA 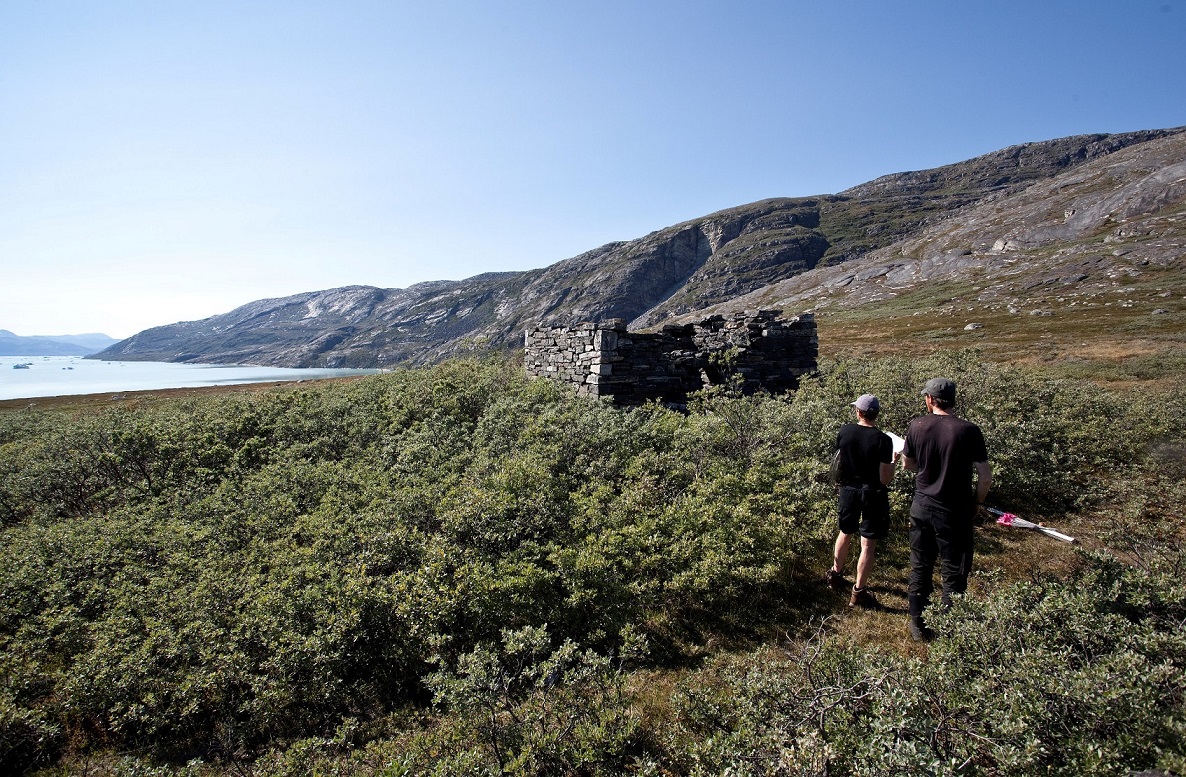 Viking history is being wiped out… by climate change, according to new research.

The study shows that global warming is speeding up the degradation of remains left by the first Norse settlers in the Arctic. They include wood, bone – and even ancient DNA.

Researchers warn that more than a third of the organic relics may disappear – in the next three decades. They are rotting away because of global warming.

The problem has been overlooked in the greenhouse gas emissions debate – and could have implications for other archaeological sites, say scientists.

Lead author Dr Jorgen Hollesen, of The National Museum of Denmark, said: “We have all heard the ice sheets are melting.

“But not so many people have heard climate change is also affecting the preservation of cultural heritage – especially in the Arctic, where changes are happening rapidly.”

The findings follow a report by IUCN earlier this year that warned climate change poses the biggest threat to the world’s most treasured heritage sites.

These range from the sinking city of Venice to the mass bleaching of Australia’s Great Barrier Reef and the Easter Island stone monuments.

Dr Hollesen said: “Archaeological sites in the Arctic contain extraordinarily well-preserved organic deposits that provide unique evidence of past human and the ecosystems in which they lived.

“Recent advances in analytical techniques including ancient DNA and chemical analysis have provided important new insight into population migrations, and diet economy and thereby revealed the great potential of these rich archaeological deposits.

“This potential, however, is quickly disappearing due to climate change which increasingly damages archaeological sites and deposits.”

He added: “Across the Arctic, microbial degradation is actively destroying irreplaceable cultural and environmental records that have been preserved within archaeological deposits for millennia.”

Greenland was settled by Vikings in the 10th Century, beginning with the voyage of ‘Erik the Red’ in 985.

A smaller Miobyggo settlement near Eystribyggo has been discovered by archaeologists, but no written records exist about it.

In the process, the Vikings discovered the key to the New World. Given the limited range of sailing vessels of the day, it provided an essential “stepping-stone” between Europe and North America.

The groundbreaking study published in Scientific Reports is based on 22 soil samples obtained from seven different archaeological sites across the Arctic’s Nuuk region. They had not been visited for years because the area is so remote.

It used computer simulations of the effect of different climate change scenarios on the potential loss of organic artefacts.

These would be due to changes in air temperature and rainfall, snow and sleet – and their impact on the soil.

The model showed that 30 to 70 per cent of the organic carbon contained in buried archaeological remains could degrade within the next 80 years.

In the continental inland areas of the region, where many remains of the Viking settlers are found more than 35 per cent of organic carbon could go – by 2050.

The researchers carried out detailed investigations at seven of the sites in the Nuuk region. This included installing automated weather stations, temeprature probes and soil water sensors.

Wood, mollusk shells, feathers and a hand carved bone point shed light on the lifestyles of the intrepid seafarers.

The Vikings inhabited the region from about 985 to 1,350 AD – when these once thriving colonies suddenly just vanished. The reason remains a mystery.

Organic deposits are highly vulnerable to degradation by microorganisms – which is directly affected by soil temperature and moisture content.

Dr Hollesensaid with more than 180,000 archaeological sites registered in the Arctic, new methods are needed to detect the most at risk.

This will improve the distribution of limited conservation resources. The technique may may help identify those that will be worst hit by climate change.

He said: “The methods we present may help to identify particularly vulnerable sites in the Nuuk region and thereby help to direct limited resources to where they are most needed.

“We need to expand our study areas to other parts of the Arctic before the methods can be used throughout the whole region.

“Nevertheless, our model represents considerable progress in developing methods to pinpoint vulnerable sites in the Arctic.”

The Norse settlers in Greenland lived by raising livestock and hunting. Among the goods exported from Greenland was walrus ivory, which was high in demand in Europe at the time.

This was due to the drying up of supplies of elephant ivory as the Muslim conquests of the Middle East and North Africa, which disrupted traditional trade routes.

The best known medieval artwork carved from walrus ivory are the Lewis chessmen, which some think were carved in Iceland.

Dr Hollesen said: “Awareness of the climatic threats faced by cultural heritage around the world is increasing.

“A range of ‘bottom-up’ initiatives, such as IHOPE and the Pocantico Call, have emerged, and several national initiatives aimed at monitoring and responding to the impacts of climate change on cultural heritage have also been developed.

“However, financially stretched regional and national research-oriented funding agencies, however, cannot bear the burden of supporting the large-scale, sustained response required to face these challenges.

“The situation we are facing is an opportunity to think out of the box and develop new models for funding, staff education and public engagement.”

He added: “All archaeological deposits are expected to experience a substantial loss, but the most rapid degradation seems to occur in the continental inland areas of the region, dominated by dry and warm summers.

“This suggests organic remains from the Norse Viking Age settlers are especially under threat in the coming years.”