According to defence analysts writing for the UK Defence Journal, a Chinook costs about £3,500 per hour to fly. 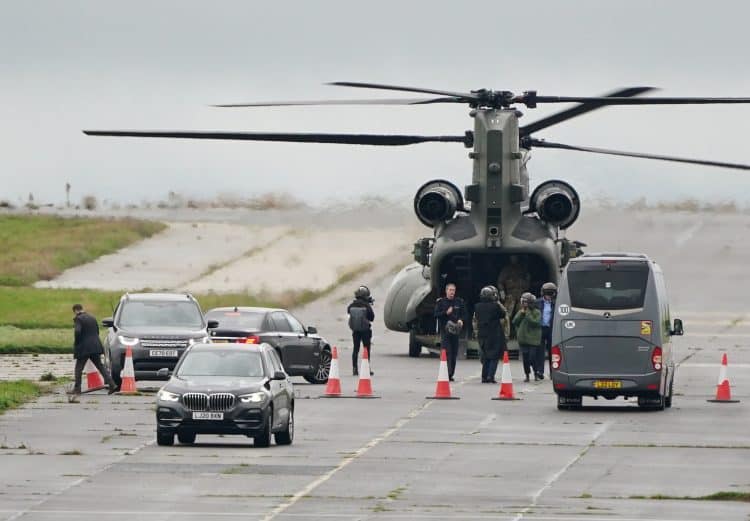 Downing Street has defended the Home Secretary’s use of a military helicopter during her visit to Kent.

Suella Braverman arrived at the Manston migrant holding centre near Ramsgate on Thursday in a Chinook helicopter, having earlier visited Dover to view the Western Jet Foil immigration facility and meet the Coastguard.

The distance between Dover and Manston is about 20 miles by road and could take around 40 minutes to drive.

According to defence analysts writing for the UK Defence Journal, a Chinook costs about £3,500 per hour to fly.

The helicopter’s maximum speed is 302km per hour (about 187mph), according to its manufacturer, Boeing.

This suggests the journey by air, depending on speed and the route taken between the locations, could have taken around ten minutes and as little as six minutes, according to PA news agency analysis.

A No 10 spokeswoman said: “The Home Secretary was in Dover to receive an update on operations on the ground.

“That obviously involved operations in the Channel.

“She travelled on a military aircraft to see the area of operations at sea.”

Jeremy Corbyn ‘could run for London Mayor’ – standing AGAINST Labour!