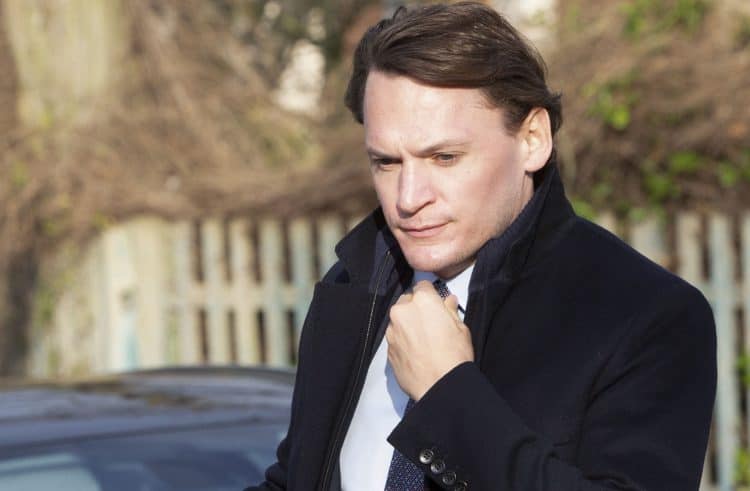 An investment banker has been cleared of assaulting five flight attendants on a transatlantic BA flight.

William Clegg, 33, was accused of assaulting five members of staff on board the long-haul flight from San Jose in the US to Heathrow on August 25, 2019.

However, he was found not guilty on all counts after the jury deliberated for just under one hour.

He broke down in tears as the not guilty verdicts were returned.

Mr Burke QC previously successfully defended golfer Thorbjorn Olesen, who was accused of sexually assaulting a woman on a BA flight from Nashville to London after mixing alcohol with Ambien.

The Ryder cup golfer’s defence was that the combination of sleeping pills and alcohol caused him to become an “automaton”.

Mr Clegg’s defence was that his conduct on the BA flight was also caused by combining alcohol with two Ambien tablets – the side effects of which he was unaware.

“If somebody told me – or had I read the leaflet – and it said there was a one in a million chance of this happening, I would not have taken the pills,” he said.

Mr Burke QC told the jury that at the time of the incident Mr Clegg was working as a merchant banker.

He would regularly fly to clients in Japan and the Middle East, and had taken 90 work-related flights in the year before the incident.

The jury also heard that the former Abingdon school pupil had suffered from nocturnal epilepsy between the ages of eight and 13.

As a result of this period of childhood nocturnal epilepsy, he suffers from insomnia – struggling to get between four to six hours sleep, he said.

A few weeks before the flight, Mr Clegg believes that he suffered a day-time epileptic fit for the first time at a wedding in Majorca.

The incident was witnessed by two doctors at the wedding, his defence barrister added.

Following medical examination back in England, Mr Clegg said that doctors told him to avoid driving for six months.

He then travelled to California, where he and his girlfriend rented a villa with a swimming pool.

He told the jury that his girlfriend also suffers insomnia and takes Ambien to deal with it.

While in California, he accompanied his girlfriend to a doctor in Beverley Hills for her Ambien prescription a few days before he was due to fly home.

He said that at the doctor’s office he was offered an Ambien prescription for the first time to deal with his insomnia.

He said his girlfriend often took Ambien after drinking alcohol without any negative effects.

“My girlfriend had taken it numerous times, two to three pills, with or without wine,” he said.

“She is half my size and never had any adverse effects.”

Clegg, of Notting Hill, west London, was cleared of five counts of assault by beating.