The shopping day, which started in the US as a key Friday for Christmas shopping following Thanksgiving, is often a pivotal time for online retailers such as Amazon. 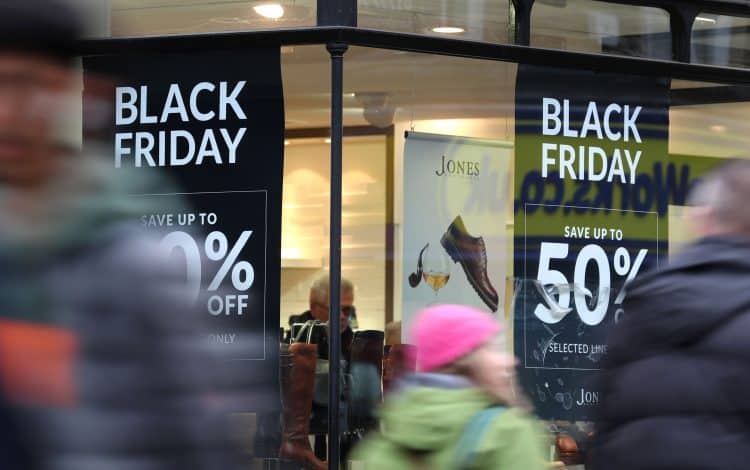 About 85% of independent retailers will not take part in Black Friday, according to new figures.

The British Independent Retailers Association (Bira) said its latest survey of members showed the majority will not be slashing their prices for Friday November 26.

The shopping day, which started in the US as a key Friday for Christmas shopping following Thanksgiving, is often a pivotal time for online retailers such as Amazon.

However, many under-pressure retailers have boycotted it in recent years.

It comes amid a significant reduction in discounting among retailers keen to support their profit margins, as they recover from the heavy toll of the pandemic and enforced closures.

Bira, which works with more than 6,000 independent businesses, said the majority of members will not slash prices in the run-up to Christmas.

Andrew Goodacre, chief executive of Bira, said: “The main reasons for them not wanting to take part in this is because they either don’t agree with this idea, there are higher prices, and there is also insufficient volume to make the large discounting work.

“They also need to preserve their margins.

“This, coupled with many of our independents experiencing supply chain issues, this has proved to be a real challenge.”

However, he added that Bira “remains concerned” about the rising costs and supply pressures making it difficult for independent retailers to meet demand ahead of the festive trading period.

“Christmas is going to be an incredibly important season for independent retailers,” Mr Goodacre said.

“The retail sales data for October showed a promising increase, with online sales falling to 27% of total sales.

“This trend indicates that shoppers have returned to shopping on the high street as they start to prepare for the festive period.”