Mark Doyle suffers from narcolepsy -- a rare brain disorder that causes him to suddenly fall asleep at any time.

by Ben Gelblum
in Health, Must Reads, Weird News 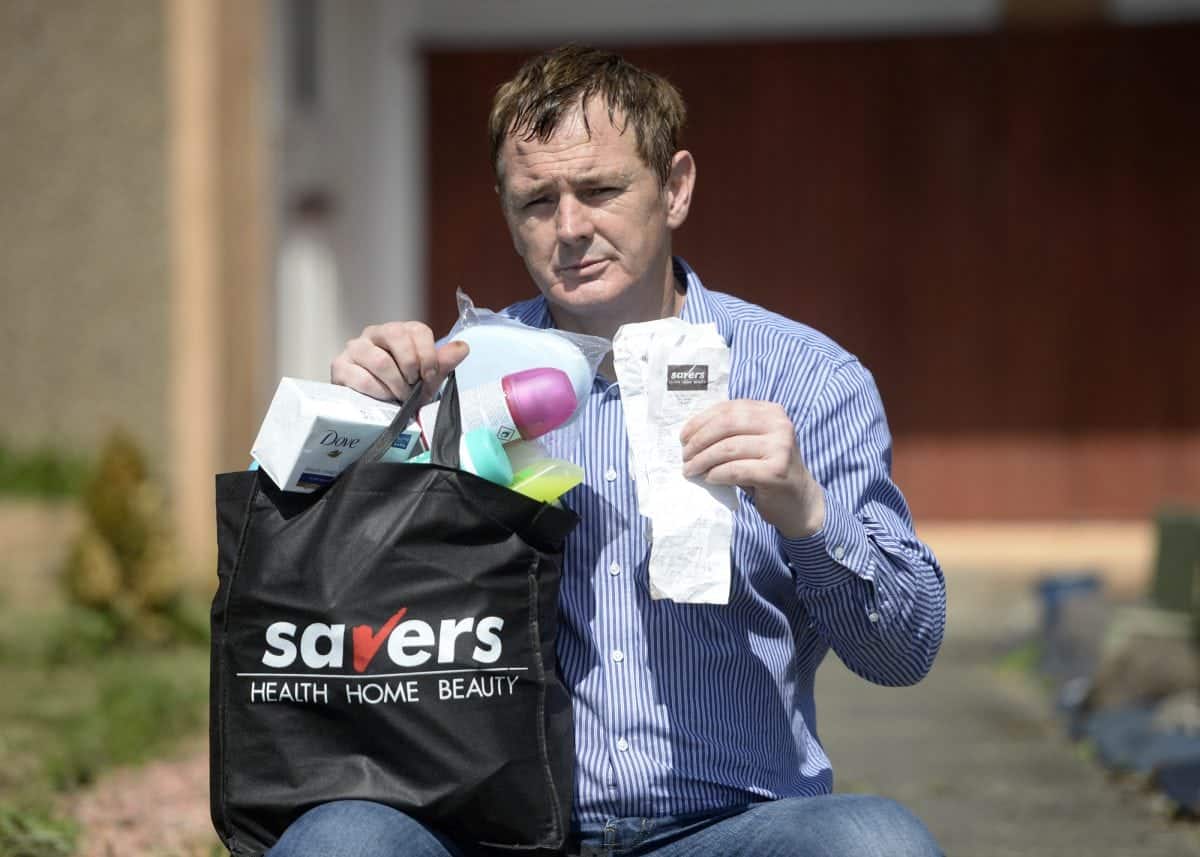 A man with a brain disorder says he is locked in a “nightmare” that sees him spend hundreds of pounds on shopping – while he’s asleep.

Mark Doyle suffers from narcolepsy – a rare brain disorder that causes him to suddenly fall asleep at any time.

One of the symptoms of the illness is ‘automatic behaviour’ which means Mark can carry out everyday tasks such as cleaning, cooking and shopping while fast asleep.

Mark, 46, from Neilston, East Renfrewshire, looks wide awake to others but is in fact fast asleep and completely unaware of what he’s doing.

The dad-of-four has suffered from the brain disorder all his life and two weeks ago Mark had an episode at the Savers store in Barrhead’s Main Street, Glasgow.

It saw him spent more than £120 on toiletries including shavers, bath sponges, and deodorant.

He said: “When I woke up I noticed that I spent more than £100 on so many things like deodorant, bath sponges, shower gel, hair wax, you name it.

“The following day I went back in to return the products but I took a turn again, fell asleep and I tried to buy more stuff – about £80 worth.

“But luckily I couldn’t find my card so the staff had to take all the other items back.

“I went again the same day and bought £26 worth of stuff.

“I was in the shop that day four times.

“At the start, my turns would last me for about 5-10 mins every day but now they are lasting as long as half an hour and to me that’s dangerous.

“I can’t afford to be doing this anymore, I don’t have that kind of money to spend.” 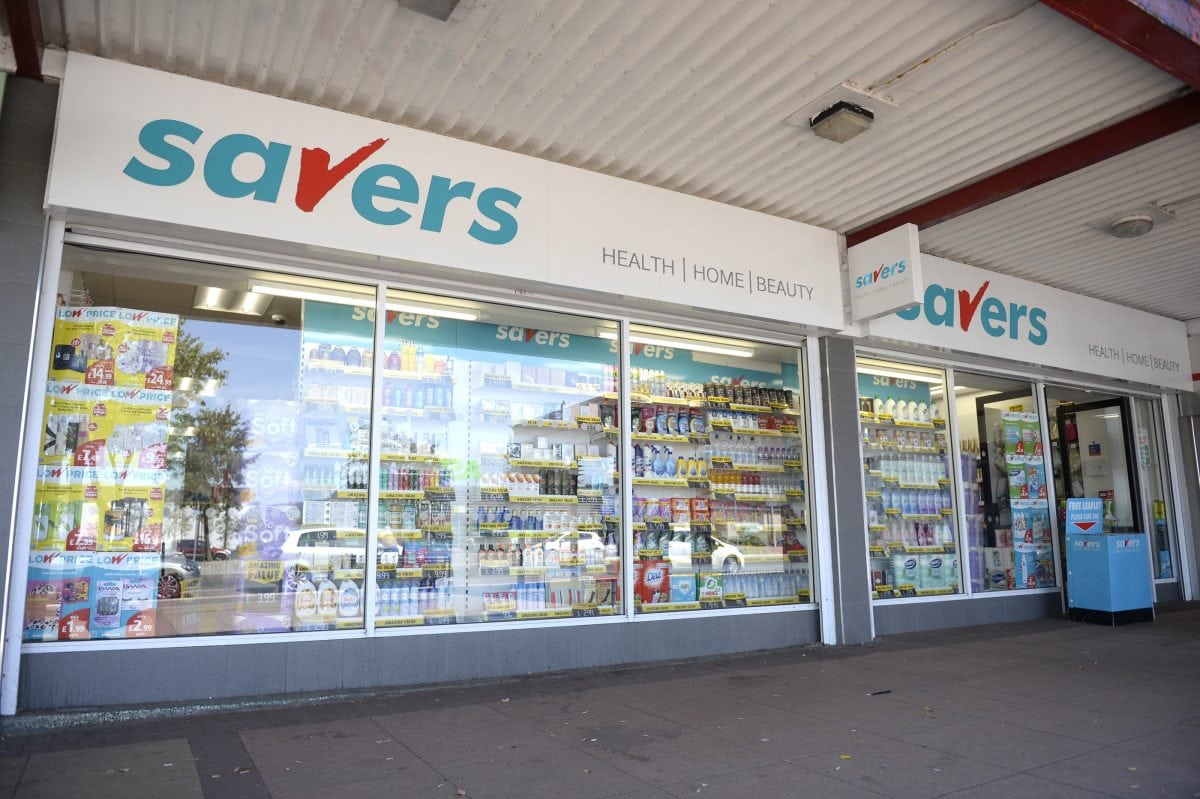 Last week Mark tried to take the toiletries back but says staff refused to reimburse the items worth £78.49 – despite him having the receipt.

He said: “I tried to explain my condition but they were not having it. I don’t get how they can let me return the other items but not that other receipt.

“They just told me that it’s not their problem it’s mine.

“I just hate the way I’ve been treated. Younger people disrespect me and they just think I’m stupid but I’m not.

He said: “I have never been able to secure a job if I am being honest. My last job I was working as a barman and I was collecting glasses.

“But I had to leave that because of this.

“I once took a turn in Morrisons and bought six chickens, six cans of dog food and 12 packets of cat food — although I don’t have pets.

“I took it back an hour later when I woke up, luckily, one of the members of staff knew someone with the same condition.

Mark says although he suffers from this brain disorder he is not letting it bring him down.

He added: “You just don’t remember your actions very well. When I talk to someone while sleeping, sometimes it’s like I am speaking a different language.

“It just doesn’t make sense. I want to raise awareness. I believe I am on this planet for a reason. 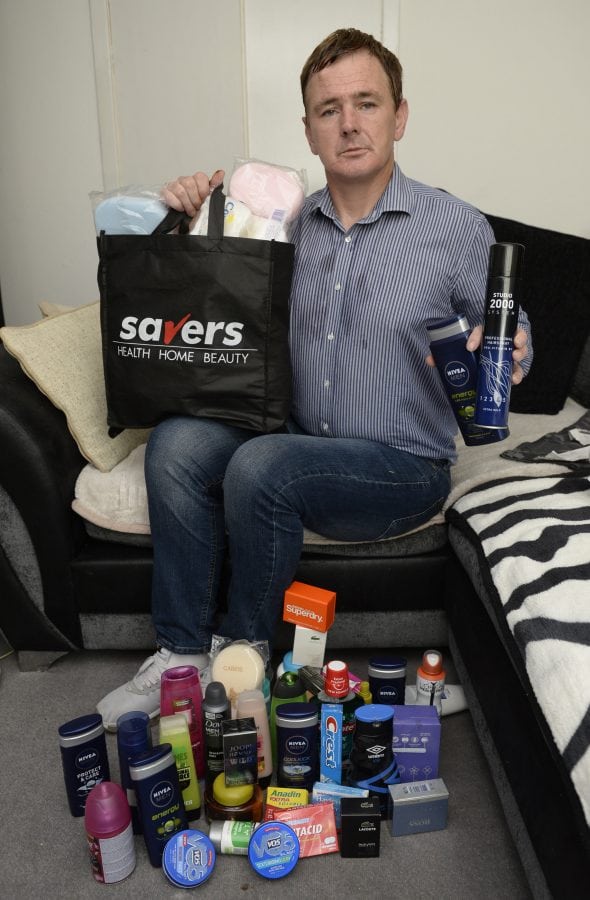 Mark was diagnosed with the disorder when he was 11-years-old.

He said: “School was torcher for me, teachers thought I should go to a disability school because I struggled to pay attention.

“But they didn’t realise that although I looked wide awake, I was actually asleep. They didn’t understand that but my mum did.

“You are not in control at all, it’s a nightmare. I wouldn’t be able to tell you when it’s going to happen it just happens.

“I could be talking to someone face-to-face and I’ll fall asleep, even when I’m on the phone, the phone would just drop on the ground while I take another turn.

“I bump my head, fall down, get black eyes and end up in hospital, all sorts.

“I’ve got stains all over my carpet because of this and I’ve fallen asleep in buses and ended up in Ayr or Kilmarnock because I’ve missed my stop.”

According to experts at the Narcolepsy UK charity, the condition is estimated to affect around one in 2,500 people.

That means in the UK, there are approximately 30,000 people who have the disorder.

Nicola Rule, from the charity, said: “Automatic behaviour and mico sleep are not only hard to explain to others but are very hard to live with, as they are unpredictable and invisible to the sufferer and onlookers.

“It is really not at all that unusual for people with narcolepsy to suffer from the same problems as Mark.

“Even going shopping at night on the websites can be an involuntary action.”

The most common symptoms of narcolepsy are excessive daytime sleepiness, brought on by an irresistible need to sleep at inappropriate times during the day.