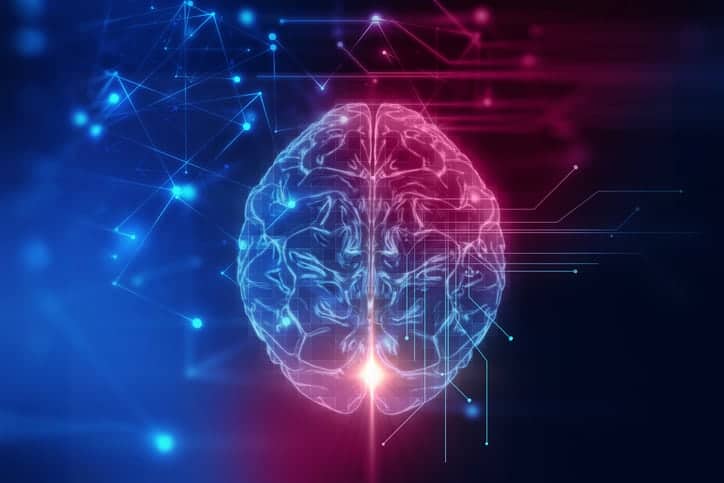 A simple and cheap blood test that detects signs of Alzheimer’s disease years before symptoms start has been developed by scientists.

It distinguishes between toxic and healthy forms of a protein that collects in clumps in dementia patients – causing confusion and memory loss.

Decades before the devastating illness strikes the brains of sufferers become dotted with these sticky plaques of ‘amyloid beta.’

Currently, the only way to identify them is through costly PET scans or invasive spinal tap procedures.

The latter becomes misfolded, causing it to amalgamate and destroy neurons.

He said toxic amyloid beta molecules begin accumulating in the patient’s body 15 to 20 years before the onset of dementia.

The test was able to pick up signs of the disease an average of eight years before symptoms developed.

It could provide a cheap option to pre-select individuals from the general population for further testing by more invasive and expensive techniques.

One of the reasons most drugs trials have failed is they are given too late – once the illness has taken hold. An earlier diagnosis would overcome this barrier.

Prof Gerwert said: “Promising effects have recently been obtained with an immunotherapy treatment of early Alzheimer’s with an antibody against the amyloid beta peptide.

“The present result supports the finding the amyloid beta peptide is crucial in the early onset of Alzheimer’s and its folding provides a possible pre-screening instrument for this.”

There are currently 850,000 people in the UK with dementia, the most common form of which is Alzheimer’s.

Prof Gerwert said it is often argued progress in drug research has been hampered by the fact the disease can only be diagnosed when it is too late for an effective treatment.

The blood test described in in EMBO Molecular Medicine would offer an opportunity to identify those at risk – and may open the door to new avenues in drug discovery.

Prof Gerwert said the accumulation of amyloid beta plaques in the brain is “one of the hallmarks of the disease.”

Working with colleagues in Sweden, the test reliably detected amyloid beta alterations in the blood of participants with mild cognitive impairment, minor memory problems that can lead to dementia.

They then used data from a health study of older Gemans aged 50 to 75 that began in 2000, comparing blood samples of 65 participants later diagnosed with Alzheimer’s with 809 controls.

Prof Gerwert said: “Those who were diagnosed with Alzheimer’s over the years were 7.9 times more likely to test positive.

“This assay may open avenues for blood screening of early Alzheimer’s stages as a funnel for further more invasive and expensive tests.”

The test uses an infrared sensor to measure distribution of pathological and healthy structures of amyloid beta.

The disease causing structure is rich in a sticky, sheet-like folding pattern that makes it prone to aggregation, while the healthy one is not.

The two structures absorb infrared light at a different frequency, allowing the blood test to determine the ratio of healthy to pathological amyloid beta in the sample.

The blood test can be used in the same way for Parkinson’s disease, by looking for another protein called alpha synuclein that turns up in clumps in the brains of sufferers.

“It shows a novel innovative approach to detect early states of misfolding diseases, which could be extended in the future to other diseases like Parkinson’s disease using antibodies against alpha synuclein.”

He added: “Furthermore, our results could also be of great value for basic research since the identified individuals contribute to get a deeper understanding of the pathophysiological mechanisms triggering Alzheimer’s and might reveal important information by following up individuals wit misfolding over the years.”