Current tests subjects people to sounds of over decibels 115 decibels - equivalent to an emergency siren or thunderclap - for at least 45 seconds. 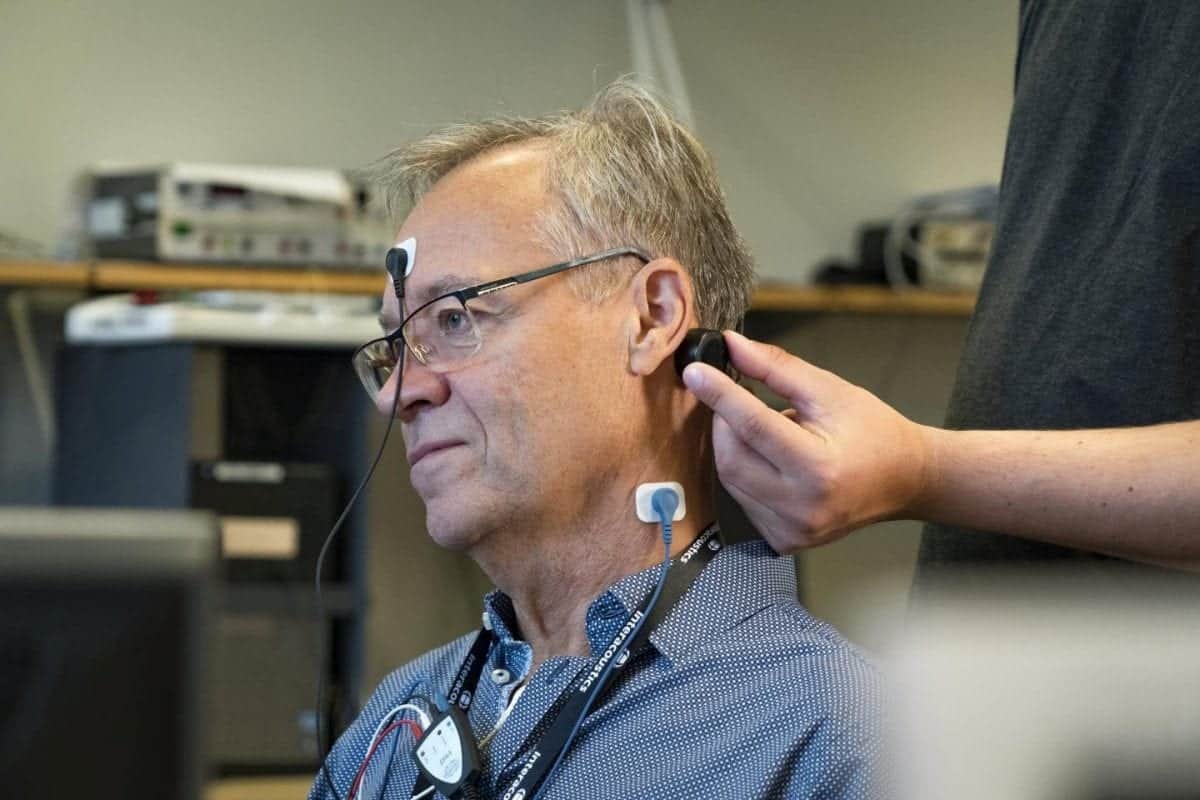 A new test for dizziness and imbalance that is less painful and does not cause hearing loss in patients has been developed.

Over half those over 65 suffer dizziness and problems with balance.

Current tests involve people wearing headphones while they are subjected to sounds of over decibels 115 decibels – equivalent to an emergency siren or thunderclap – for at least 45 seconds.

But this loud noise may cause permanent hearing damage and, if the patient already suffers from certain types of hearing loss, it may be impossible to draw any conclusions from the test.

The new test involves sounds of just 75 decibels – equivalent to the sound of a vacuum cleaner – and is more accurate.

Postdoctoral researcher Karl-Johan Fredén Jansson said: “Thanks to this bone conduction technology, the sound levels which patients are exposed to can be minimised. “The previous test was like a machine gun going off next to the ear – with this method it will be much more comfortable.

“The test can be performed at 40 decibels lower than today’s method using air conducted sounds through headphones.

“This eliminates any risk that the test itself could cause hearing damage.”

It promises to provide safer testing for children and could also diagnosed the origin of dizziness in patients with impaired hearing function due to chronic ear infections or congenital malformations in the ear canal and middle ear.

It is also cheaper than current devices and compatible with equipment already in use.

Hearing and balance have something in common and patients with dizziness, this relationship is used to diagnose issues with balance.

Commonly, a ‘VEMP’ test (Vestibular Evoked Myogenic Potentials) is performed which uses loud sounds to evoke a muscle reflex contraction in the neck and eye muscles, triggered by the vestibular system – the system responsible for our balance.

During the test, the patient sits in a chair and turns his or her head to certain directions whilst listening to sounds presented through earphones.

The neck muscle activities are recorded by electrodes placed on the head and
neck.

The muscular response is measured and provides information on whether the disorders responsible for the patient’s dizziness are in the vestibular system, or in its pathways to the brain. In a traditional vestibular investigation, two variants of VEMP tests are used today: air transmitted sound through headphones or bone conducted sounds via a vibrating device attached to the head.

When air transmitted sounds are used, high sound levels are required, which is uncomfortable to the patient and there is a risk of hearing damage.

For bone conducted sound, the sound levels are lower, but the equipment currently available on the market is large and cumbersome, and therefore difficult to use.

At this level, the muscle reflexes are more efficiently evoked.

Professor Bo Håkansson said: “We have developed a new type of vibrating device that is placed behind the ear of the patient during the test.”

Previously, no vibrating device has been available that was directly adapted for this type of test of the balance system. In bone conduction transmission, sound waves are transformed into vibrations through the skull, stimulating the cochlea within the ear, in the same way as when sound waves normally go through the ear canal, the eardrum and the middle ear.

Half of over-65s suffer from dizziness, but the causes can be difficult to diagnose for several reasons.

In half of those cases, dizziness is due to problems in the vestibular system.

A larger patient study is planned, the study published in the journal Medical Devices: Evidence and Research said.