The black carbon has been observed causing changes to the blood vessels around the organs for the first time.

by Ben Gelblum
in Environment, Health 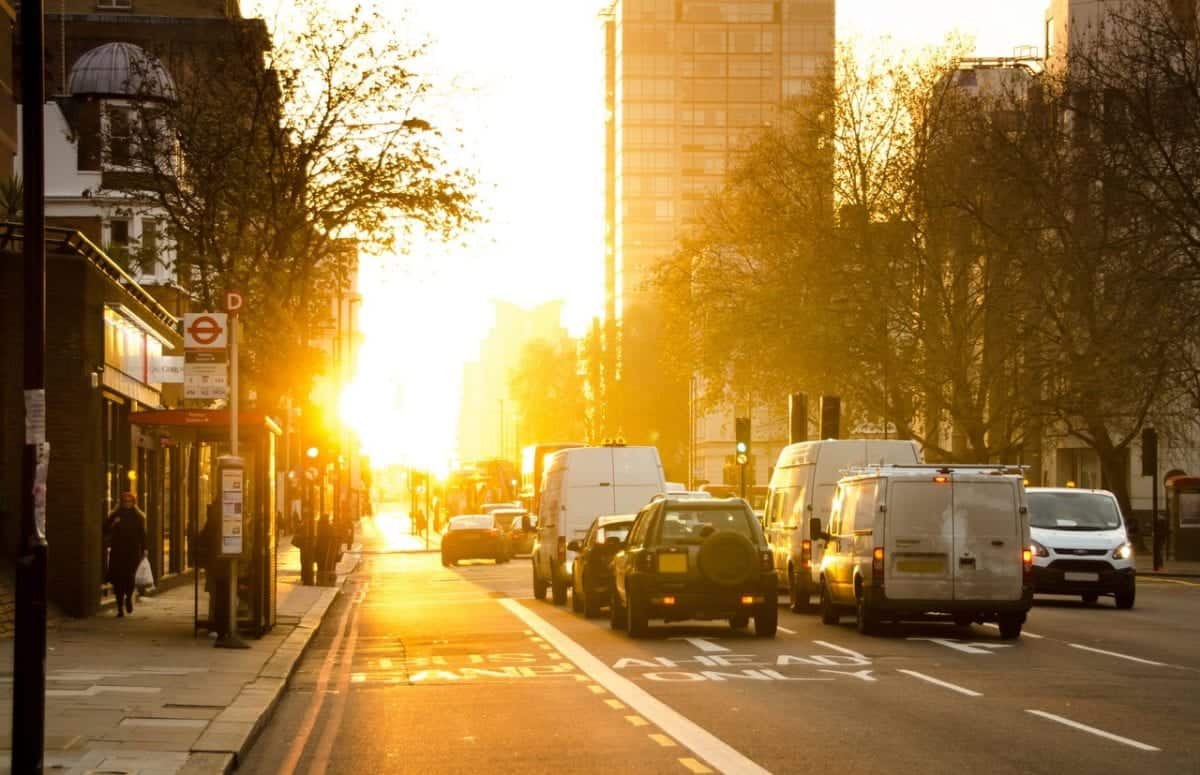 Breathing in soot from diesel vehicles damages the lungs as much as smoking a pack of cigarettes a day for fifteen years, say scientists.

The black carbon given off in diesel fumes has been observed causing changes to the blood vessels around the lungs for the first time.

It adds to fears that even low level pollution from diesel cars and lorries is fuelling chronic lung disease, the third leading cause of death globally.

Her team say the main contributors to black carbon levels in the cities of developed countries are diesel-fuelled vehicles, oil furnaces and coal power plants.

Dr Aaron added: “There are many ways to reduce outdoor air pollution levels – they start with energy efficiency, switching to clean or renewable energy sources, and by using technology to make fossil-fuel based energy as clean as possible.”

Her finding based on more than 3,000 people from six metropolitan areas in the US sheds fresh light on rising rates of lung diseases worldwide.

They range from asthma to COPD (chronic pulmonary obstructive disorder) and cancer.

About 10,000 Britons are newly diagnosed every week. They are responsible for a fifth of deaths each year.

Dr Aaron, of Columbia University in New York, said: “A few previous studies have suggested a link between air pollution and the pulmonary circulation.

“But we wanted to evaluate whether there were associations between chronic air pollution exposure and the vascular structure of the lungs.

“We were interested in the lung vasculature as we think it may be related to chronic lung conditions.”

The differences in the lungs of participants exposed to higher levels of black carbon were dramatic.

They were “comparable in magnitude to those associated with smoking a pack of cigarettes a day for 15 years,” said the researchers.

The study published in the European Respiratory Journal combined US Environmental Protection Agency (EPA), traffic, weather and land use data.

Each individual’s pulmonary blood vessels were then measured using chest CT scans between 2010-12.

Other factors that can affect lung health including age, height, weight, sex, race and ethnicity, smoking and medical history and socioeconomic background were taken into account.

On average the volunteers were exposed to annual levels of black carbon and fine particulate matter (PM2.5) – another measure of diesel air pollution – of 0.8 and 11 micrograms per cubic metre respectively.

These are below the current limits for PM2.5 as set by the EPA in the US – and the EU.

Despite the relatively low readings exposures to a higher level of black carbon was linked to more blood vessels in the periphery of the lungs.

Dr Aaron said: “No previous research has looked specifically at whether these changes in humans lead to disease – so we cannot say for certain how this may be affecting health.

“However, other studies of similar pulmonary vascular measures on CT and MRI (scans) in humans, in addition to a number of studies in animals, suggest differences in the pulmonary vasculature might make people more likely to develop chronic lung disease.”

Dr Aaron and colleagues now plan to conduct further research that will look in more detail at how pulmonary blood vessels relate to chronic lung disease.

This will shed light on the biological processes involved in their remodelling.

Professor Thierry Troosters, president elect of the European Respiratory Society who was not involved in the study, said: “A large proportion of the European population lives in areas with unhealthy outdoor air quality and those people are unable to avoid exposure to the harmful effects of pollution.

“This study provides interesting data on how exposure to black carbon – likely a result of burning diesel – may be damaging the lungs, and highlights further how we need strict policies for cleaner air in order to reduce the impact of pollution on health of European citizens and patients.

“Together with the World Health Organisation, the European Respiratory Society advocates for such policies at both a European and global level.”

In November a study of more than 2,000 children aged eight and nine found diesel fumes in London are so bad their lungs are becoming stunted.

Tests showed they had an average five per cent lower lung capacity than expected.
This could put them at risk of lifelong breathing disorders, such as asthma and recurring chest infections.

The British team also said London’s low emission zone – which since 2008 has meant lorries have had to pay a charge to enter the capital – has done little to improve children’s health.