Limitations are often seen as things that hold us back and most would see a heart condition as exactly that. However, for Jonathan Stretton-Downes a 28 year old fraternal twin nothing could be further from the truth… I’ve had five heart surgeries and I’ve never let in hold me back. I don’t want my surgery […] 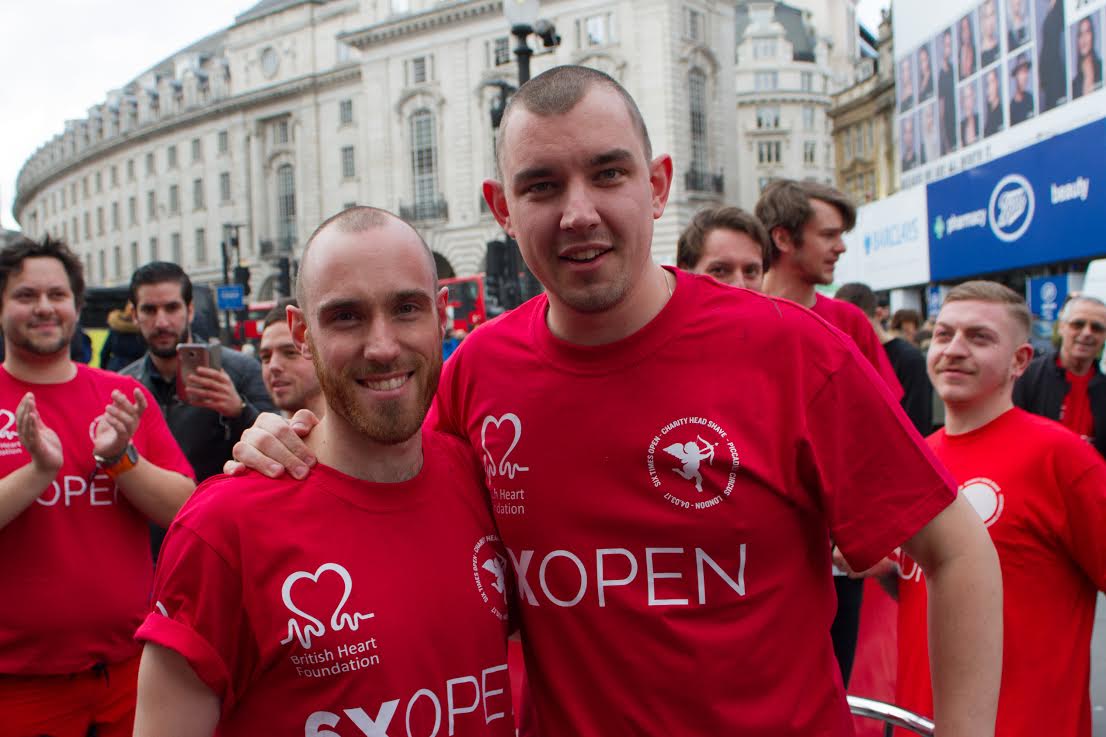 Limitations are often seen as things that hold us back and most would see a heart condition as exactly that. However, for Jonathan Stretton-Downes a 28 year old fraternal twin nothing could be further from the truth…

I’ve had five heart surgeries and I’ve never let in hold me back. I don’t want my surgery to define me or dictate my life.

But there have been a number of occasions over the years where people have discovered my condition and as a result, made efforts to compensate for this by treating me in a slightly different way to others which at times can verge on pity. I have to admit, whilst it annoys me it also never fails to amuse me as usually it is in an active situation where I am able to hold my own as I have a very active lifestyle.

My twin brother David and I are running SIX TIMES OPEN, a year-long campaign which aims to raise £100,000 for the British Heart Foundation in 2017. The campaign also aims to encourage others going through similar situations, to break the stereotype that heart conditions only affect the young and the old and to show that conditions like this really don’t have to define you or dictate your life.

Yes it is about fundraising but we also wanted to give people the opportunity to follow our journey as I go through my sixth open heart surgery which will take place this year, probably sometimes in March.

On Saturday 4 March, we did the first of six key campaign events, the SIX TIMES OPEN head shave in London’s Piccadilly Circus where David and I and four close friends had their heads shaved to raise awareness for the campaign.

The head shave was to make people think about what they subconsciously perceive and to challenge these assumptions. The head shave metaphorically places each person on the same level at the same starting point and so would be impossible to tell which of us has a condition as we all share the same characteristics.

This epitomises the campaign as heart disease is the UK’s largest killer and can go unnoticed and often un-checked.

I am part of the first generation of 80’s heart surgery survivors where 8 out of 10 babies died.

Today, because of the lifesaving research pioneered by the British heart foundation, subsequent medical advances, 8 out of 10 babies survive heart surgery with the research transforming the lives of millions of people living with heart disease.

The event was attended by hundreds of spectators, including, Simon Gillespie, the Chief Executive of the British Heart Foundation.

The three main campaign outcomes are a documentary to capture this journey from our perspective, a publication about ‘how to survive heart surgery’ penned by Jonathan and a further 5 key campaign events for companies and individuals to get involved with.

More information about the campaign including how to help can be found on our website; www.sixtimesopen.com