The 13-year-old girl, who has alopecia totalis - a total lack of scalp hair - as well as eczema, experienced "significant" hair regrowth while being treated with dupilumab 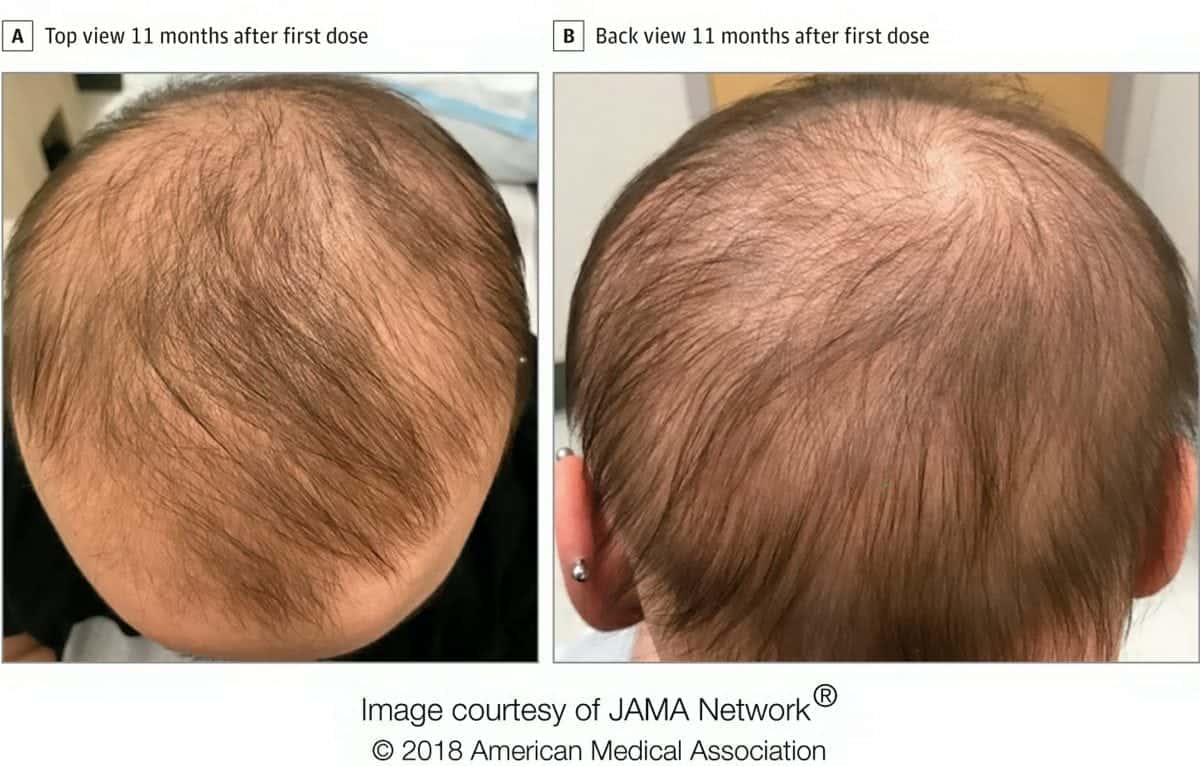 Bald people have been given fresh hope after an eczema drug restored hair growth in a teenage girl with long-standing alopecia.

Doctors told how their 13-year-old patient, who has alopecia totalis – a total lack of scalp hair – as well as eczema, experienced “significant” hair regrowth while being treated with dupilumab, a drug marketed under the brand name Dupixent.

The unexpected side-effect came from treatment with dupilumab, which is approved for the treatment of moderate to severe eczema, also called atopic dermatitis.

Study senior author Dr Maryanne Makredes Senna, of Massachusetts General Hospital (MGH) in the US, said: “We were quite surprised since this patient hadn’t grown scalp hair since the age of two, and other treatments that can help with hair loss did not in her case.

“As far as we know, this is the first report of hair regrowth with dupilumab in a patient with any degree of alopecia areata.”

In addition to longstanding alopecia, this girl had also experienced extensive, treatment-resistant eczema since the age of seven months.

Treatment with prednisone and methotrexate, medications that can suppress the overactive immune system, led to limited improvement in her eczema but no hair regrowth and was therefore discontinued.

In July 2017 she began to be treated with weekly injections of dupilumab, which had recently received official approval.

After six weeks of treatment, which led to significant improvement in eczema symptoms, she also noticed that fine light hairs called vellus hairs were appearing on her scalp.

After seven months of dupilumab treatment, the girl had grown a “significant” amount of the pigmented hair that typically grows on the scalp. 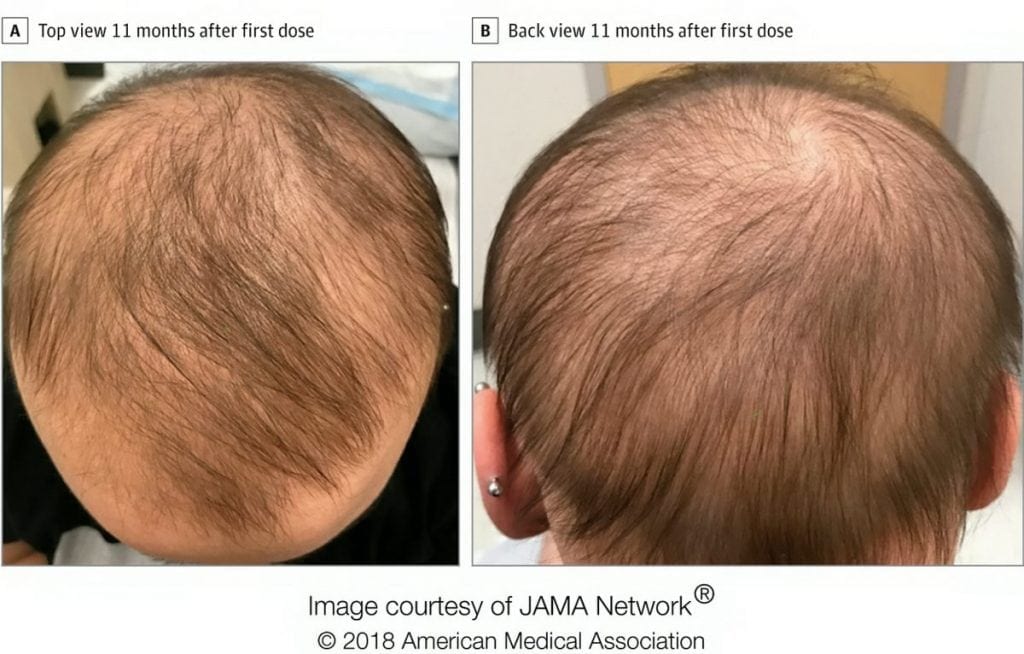 Because of a change in her insurance coverage, she had to discontinue dupilumab for a two-month period, during which she noticed shedding of the recently regrown hair.

But after she could resume treatment in April this year, the hair growth resumed and has continued.

Dr Senna explained that dupilumab’s mechanism of targeting a key immune system pathway known to be overactive in eczema could explain its action against alopecia, since recent studies have suggested other elements of the same pathway may induce autoimmune hair loss. 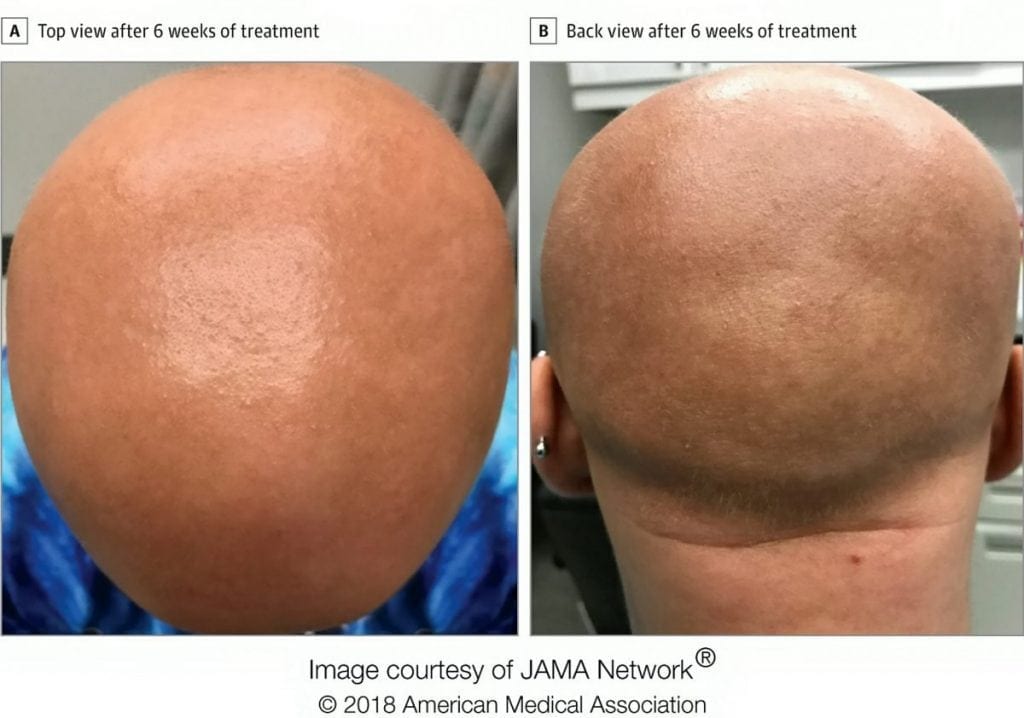 She added: “Right now, it’s hard to know whether dupilumab could induce hair growth in other alopecia patients, but I suspect it may be helpful in patients with extensive active eczema and active alopecia areata.

“We’ve submitted a proposal for a clinical trial using dupilumab in this patient population and hope to be able to investigate it further in the near future.”

The findings were published by JAMA Dermatology,