By Steve Tooze, member of local climate change action group Lambeth for a Cool Planet My kids and a 16-year-old girl that I’ve never met called Greta Thunberg have turned me into a climate change radical. And today it seemed like I wasn’t alone. I stood amongst dozens of friends and neighbours on an overcast, blustery March […] 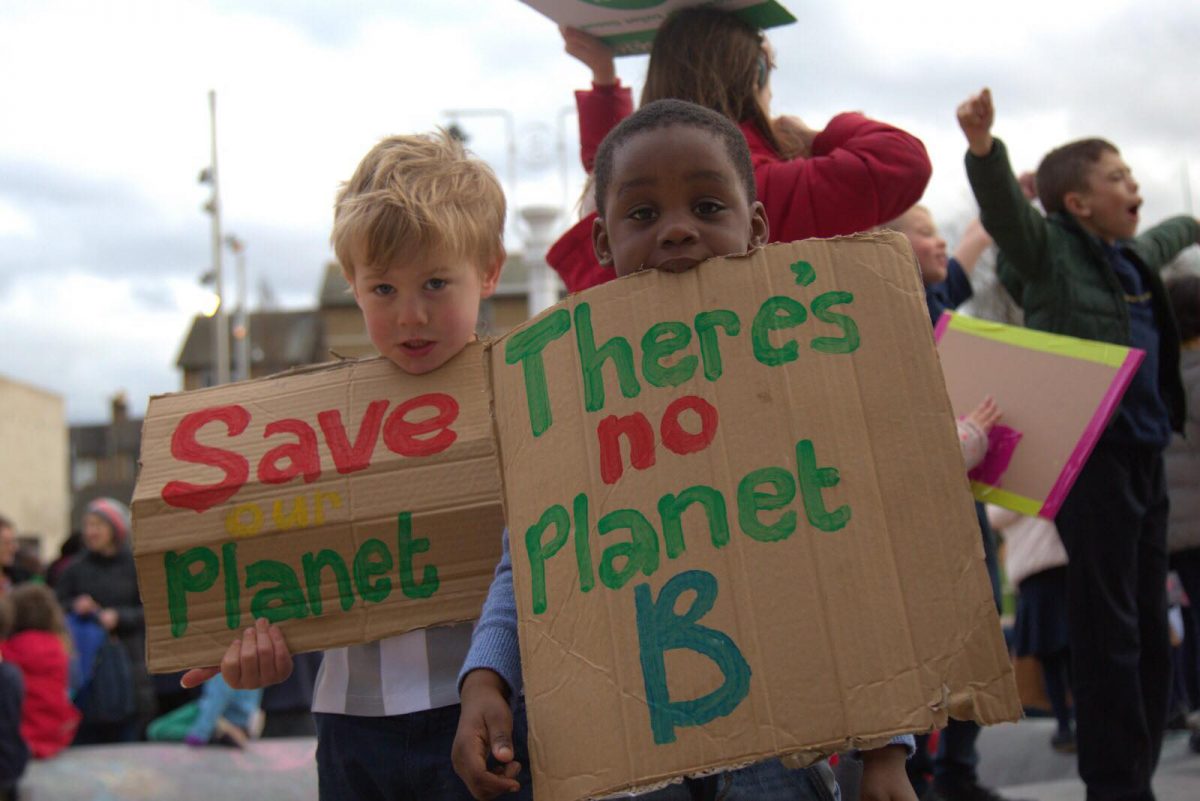 My kids and a 16-year-old girl that I’ve never met called Greta Thunberg have turned me into a climate change radical. And today it seemed like I wasn’t alone.

I stood amongst dozens of friends and neighbours on an overcast, blustery March afternoon on the pavement outside of Lambeth town hall in Brixton, South London. Our council has laudably declared a Climate Emergency and we all agreed that we were pleased and relieved about that.

But 30 years of official obfuscation and empty promises by governments around the world have taught us not to trust big public declarations about tackling climate change. So, we’re here to demand that Lambeth Council put together a plan and a budget to turn their fine words into a programme to reduce their carbon emissions to zero by 2030. And we’re planning to keep coming back until they do.

Looking around I don’t see the usual suspects, the battle-hardened eco-warriors and political activists who usually attend events like this. Instead, there are lots of mums with babies in buggies as their slightly older kids excitedly wave banners emblazoned with slogans such as ‘There is no Planet B’ and ‘Save my future.’

The children here are pint-sized versions of the teens I’d seen earlier at a much bigger protest I’d just returned from. I’d accompanied my 12-year-old son and his friends as they joined thousands of other high school pupils who had abandoned their classrooms in a global climate strike taking place in more than 100 cities across the world.

That protest too had a carnival air as they sang and danced, waved witty banners, and demanded change while streaming between Parliament Square to Buckingham Palace and back as bemused police stood by, unable and perhaps unwilling to stop their progress.

But in Brixton and Central London, it didn’t take long to scratch below the surface excitement and camaraderie to find the very real fear lurking underneath. The sense that time is running out for all of us and the powers-that-be are doing next to nothing.

‘The government and the business leaders are supposed to be the grown-ups,’ one girl told me as we marched up the Mall together. ‘But they are like babies pretending that climate change isn’t happening. It’s down to us to save our own futures.’

Back down in Brixton, the economist Ann Pettifor (one of the co-authors of The Green New Deal), one of the speakers at our event, organised by local environmental group Lambeth for a Cool Planet, shared her sentiment. ‘The children are breaking through in a way that we adults have totally failed to do.’

It’s a thought that puts some steel into my soul to counteract the barely-concealed terror that is keeping me awake at night and making my eyes fill with tears when I look across the breakfast table each morning at my children’s happy, hopeful faces.

You see, I agree with when Greta Thunberg – the Swedish teenage activist who has quickly become a household name – when she said it was time for us adults to get a grip – and start panicking like our house is on fire.

Because the IPCC’s latest apocalyptic warning about the existential dangers of allowing global temperatures to rise more than 1.5 degrees above pre-industrial norms suggest that it very much is.

I’m sick of feeling helpless as I wonder whether instead of happy relationships, great jobs and children of their own, our children will face a future of cities drowned by melting ice caps, and mass starvation and social breakdown as changing weather patterns cause crop failures and global refugee crises.

I get spitting mad when commentators nod patronisingly and talk about the marching, chanting children being our best hope to avert the disaster coming down the world toward us.

Are we really expecting our offspring to clear up our environmental mess on their own? Can we really think that and expect to be listened to with anything but contempt by the generation we are raising?

I believe the answer to each question is a resounding ‘no’. Which is why over the next few weeks this 55-year-old family man with a career & a mortgage will be taking classes in non-violent direct action from radical anti-climate change group Extinction Rebellion, and learning what do if I’m arrested disrupting the fossil fuel industry and its many supporters.

The kids are saying that they will walk out of school on the 15th of the month, every month, in ever-greater numbers, until the government listens to their demands for change. I feel like the very least that we grown-ups can do is be ready and prepared to do battle for the climate at their side.

Lambeth for a Cool Planet is a community member network for action on air quality, pollution and climate change.  For more details or to get involved find them on Facebook and Twitter @Lambeth4Planet.