With so much of our daily lives in complete disarray, it seems strange — almost quaint — to remember that, less than a year ago, broadsheet newspapers were getting up in arms about taking photographs in art galleries. Now, of course, the only way anyone can access gallery art at all is via their phones […] 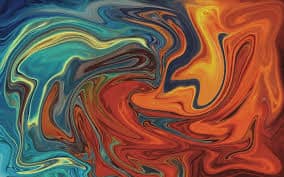 With so much of our daily lives in complete disarray, it seems strange — almost quaint — to remember that, less than a year ago, broadsheet newspapers were getting up in arms about taking photographs in art galleries. Now, of course, the only way anyone can access gallery art at all is via their phones or laptops, making these once-stuffy institutions more willing than ever to make their work globally available digitally.

But with lockdown measures still widely in place around the world, the coronavirus pandemic has led many art institutions to rethink their approach to accessibility. Here are three ways in which the art world could maintain these changes in the long term, and what they might mean for the future of art galleries.

Even before the global pandemic, artists were embracing social media — and Instagram in particular — as a way of displaying their work and democratising people’s ability to see it. The irreverent street artist Alec Monopoly has long been hailed as “the world’s most Instagrammable artist”, and often takes to the ‘gram to demonstrate how his murals are made, and show off his lavish lifestyle. Meanwhile feted photographer Cindy Sherman uses her profile to bring her signature style into a modern context, presenting her trademark, unrecognisably-morphed self portraits as freakish, feed-disrupting selfies.

As something of a trend-setting platform for fashion, food and all manner of visual iconography, it’s no wonder that Instagram is fulfilling a similar role to how MySpace helped unsigned musicians like Adele, Arctic Monkeys and Lily Allen to mainstream attention some fifteen years ago. Instagram has, for better or worse, already become a proving ground for collectors, agents and gallery owners seeking new underground artists to represent. However, as Sleek Magazine points out, the disposable, fleeting nature of an Instagram feed also provides the “potential to relegate art to the fast-moving stream of internet clickbait, viral content, memes and advertisements, all vying for our attention.”

So for marquee names like Sherman and Monopoly, Instagram provides an easy new arena to upload their ideas. However, although the platform offers a wealth of opportunities for less widely-known artists to exhibit their work, there is an inherent caution they will have to exercise when it comes to exactly how they use the platform.

Virtual gallery tours could let people be their own curators

In the wake of the COVID-19 pandemic, a huge number of galleries opened up their archives digitally for the very first time, while some special exhibits are moving online, as well as extending their runs once galleries open up again. This has obviously left people more spoilt for choice than ever when it comes to being able to see art, though there has already been some talk about a level of fatigue overcoming the industry.

If galleries do begin to adopt the virtual approach as their new normal, one thing that could change in the future is the reliance on curators. While vital to the gallery experience, those viewing art remotely may have specific works they wish to see, or a collection they wish to assemble themselves — a playlist equivalent, but for paintings. To this end, Art UK, the organisation which oversees all of Great Britain’s public galleries, set up the Curations platform, which allows users worldwide to put together their own shows from works housed across the country. Some of these then get spotlighted on the site, with professional curators, art enthusiasts, and even musicians such as Suede frontman Brett Anderson creating their own exhibitions.

Art events could be overhauled

As with many of this year’s major annual events, from Glastonbury to the Met Gala, the art world’s calendar has effectively been cancelled. The planned postponements stretch well into 2022, with next year’s Venice Biennale moved to the following year to accommodate the traditional architectural show which takes place beforehand.

Likewise, this year’s Turner Prize has been cancelled, though many could argue this is no bad thing. The prize has long been a controversial event, mocked by critics and performance artists alike. Meanwhile on the night of her victory, 1993’s winner Rachel Whiteread was crowned the year’s worst artist, and given double the Turner’s prize money by a non-existent art foundation created by pop-art pranksters The KLF.

Critics continue to question the purpose of deciding upon a so-called best British artist each year, which makes the board’s decision to award all twelve of the award’s nominees a £10,000 bursary a noble one. However, the inspiration may have come from last year’s shortlisted nominees, who opted to split the total £40,000 prize evenly, rather than follow the tradition of accepting a winner to receive £25,000.

Whatever the motivation, giving more financial opportunities to a greater number of artists at a time of unprecedented crisis can only be a good thing for the arts.