A lifesaving world-first device that can keep a human liver functioning outside the body for 24 hours has been shortlisted for a prestigious award. OrganOx, from Oxford, have created the ‘metra’, which mimics the environment of the human body by constantly streaming warm oxygenated blood through the disembodied liver. The invention breaks with 40 years […] 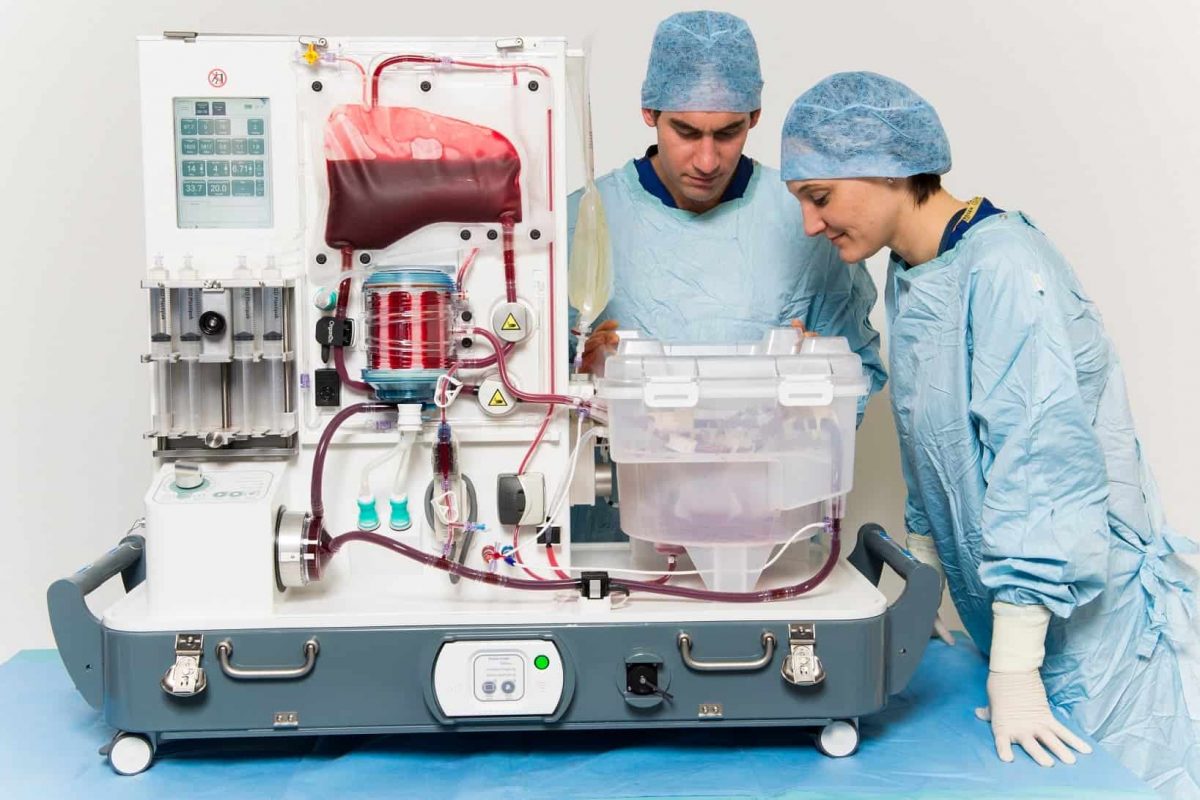 A lifesaving world-first device that can keep a human liver functioning outside the body for 24 hours has been shortlisted for a prestigious award.

OrganOx, from Oxford, have created the ‘metra’, which mimics the environment of the human body by constantly streaming warm oxygenated blood through the disembodied liver.

The invention breaks with 40 years of traditional organ preservation in ice, doubling the time that organs can be preserved prior to transplantation, and is set to save countless lives.

It also enables transplanting teams to check the quality of the donor liver before a transplant, which is impossible with ice storage.

So far, more than 500 patients have received a liver preserved with the OrganOx metra which is commercially available in Europe – and has also been used in Asia, North America and Australia.

The other 2019 finalists include Bombardier of Belfast for developing an innovative, resin-infused composite aircraft wing that reduces weight and fuel burn in flight, and minimises waste.

Also nominated are Darktrace of Cambridge, whose ‘Antigena’ is an AI powered ‘self-healing’ cybersecurity system that can both identify and neutralise cyberattacks.

And M Squared, from Glasgow, have pioneered the SolsTiS Titanium: Sapphire laser, which produces the world’s purest light, and brings about radical transformations in quantum computing, healthcare, navigation and climate change technology.

“It involves almost all engineering disciplines, clinical research and the development of new regulatory approvals for what is possibly the most complex bioengineering system on the market.

“Apart from the obvious and immediate benefit for all transplant patients, the long-lasting benefit of this development will be a total change in the way we manage transplant surgery and treat, regenerate and recreate organs that are supported outside the body.”

First presented in 1969, the MacRobert Award is widely regarded as the most coveted in the industry, honouring the winning organisation with a gold medal and the team members with a cash prize of £50,000.

Founded by the MacRobert Trust, the award is presented and run by the Royal Academy of Engineering, with support from the Worshipful Company of Engineers.

Entries were submitted by a wide variety of companies from across the UK, to celebrate the MacRobert Award’s 50th year.

Other former winning innovations include the CT scanner, invented at EMI, which allowed doctors to see inside the human body, in 1972.

And in 2017, the Raspberry Pi – a computer the size of a credit card – took home the prestigious honour.

Dr Dame Sue Ion DBE FREng FRS, Chair of the Royal Academy of Engineering MacRobert Award judging panel, said: ”As the MacRobert Award marks its half century, we are excited for the future.

“Great British engineering innovations, such as those recognised today, benefit not just the UK, but transform lives around the world.

“This year’s finalists – Bombardier, Darktrace, M Squared and OrganOx, have already proven their potential to shape a greater tomorrow for us all, and they join an illustrious line up of past winners, from the CT scanner to Raspberry Pi.

“Our four 2019 finalists represent the pinnacle of an engineering sector that contributes 23 per cent of the UK’s economic turnover, creating jobs and enhancing lives both here in the UK and around the world.”