Food Matters Live, as the first cross-sector event in the UK and the leading food event of the world, is back at ExCeL on 20th November for its 2018 instalment, which attracted global attention. More than 550 companies attended the exhibition with the newest food tech and innovations and more than 20,000 experts and audiences […]

by Jess Young
in Consumer, Promoted 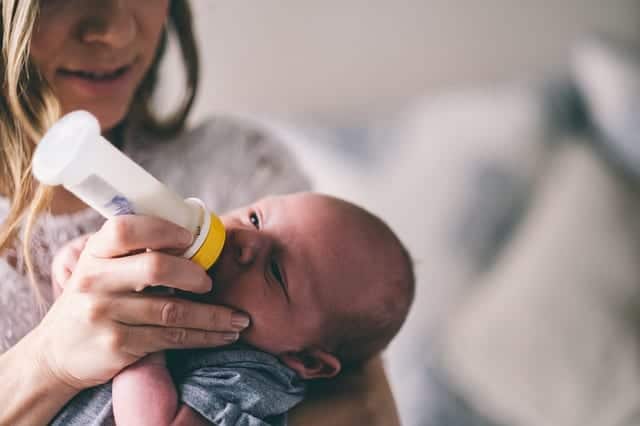 Food Matters Live, as the first cross-sector event in the UK and the leading food event of the world, is back at ExCeL on 20th November for its 2018 instalment, which attracted global attention. More than 550 companies attended the exhibition with the newest food tech and innovations and more than 20,000 experts and audiences discussed current issues such as the relationship between health and nutrition during the event.

The Chinese brand, PRO-KIDO®, the master formula brand of China’s largest dairy enterprise, Yili Group caught attendees’ eyes. PRO-KIDO® was the first Asian formula brand invited by FML and was a “Best Better-for-You Ingredient of the Year” award finalist, which proves the high quality of Chinese dairy industry to the world.

On November 21st, Dr. Adrienne Weiss, the Open Innovation Project Leader from Yili Innovation Center Europe, introduced the international breastfeeding situation and Yili Group’s research on Chinese breast milk at the parallel session of “Nutrition for Maternal and Infant Health”. She also discussed the innovative protein combination of “alpha + beta” from a scientific angle and explained how Yili applied its research results to Yili’s PRO-KIDO®, a very famous infant formula brand in China.

Much of the success of Yili’s PRO-KIDO® should be attributed to their 16-year research on Chinese breast milk. It is the R&D platform based on the “Chinese Breast Milk Research” that led PRO-KIDO® to become the “Chinese Legend.”

Since 2003, PRO-KIDO® started the exploration on the scientific nutrition of humanization with the breast milk as highest standard. In 2007, Yili established China’s first enterprise “breast research database,” which has accumulated more than 1 million in data of breast milk nutrient so far. Yili has successively made breakthroughs in α-lactalbumin, β-casein, OPO structural lipids, nucleotides, and breast milk oligosaccharides research. Yili obtained the patent “Infant formula of α-lactalbumin and β-casein and its preparation method,” which won the China Patent Excellence Award and was also applied into PRO-KIDO® products. The product that won the prize in the Food Matters Live exhibition is Yili Milk Power PRO-KIDO® Jinghu, a caring infant and young children formula, based on the patented α+β protein combination, which is also supplemented with lactoferrin and nucleotides according to professional studies. In 2018, through collaboration with the world’s top universities and research institutions, it was a new milestone for Yili to upgrade the Yili Maternal and Child Nutrition Research Institute and the European Innovation Center to strengthen their research on breast milk further.